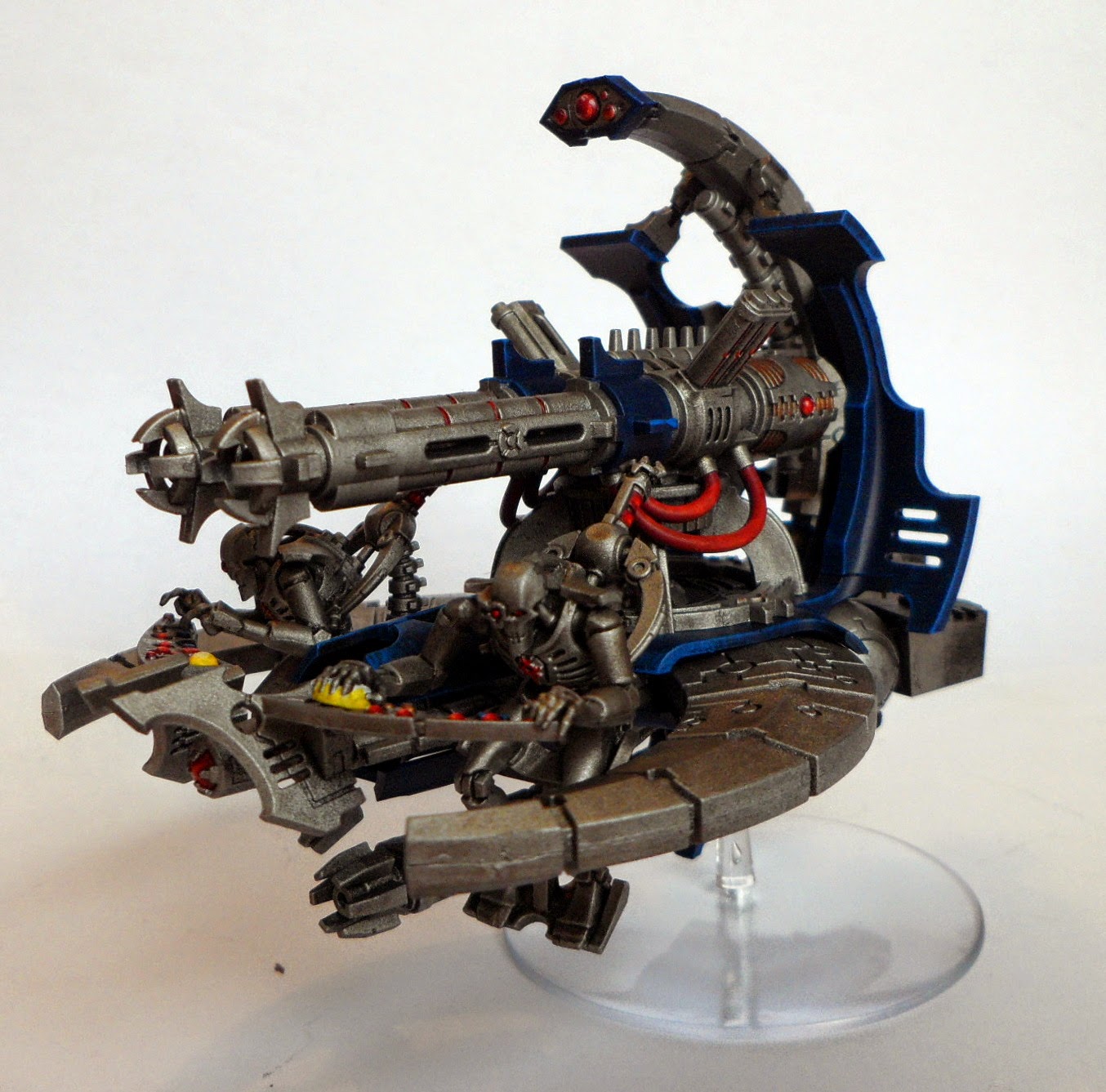 Here is the latest offering for the now growing Necron Legion I have. Some very much needed firepower in the form of a Necron Annihilation Barge. Twin-linked Tesla Destructors and a 2 shot AP3 Gauss Cannon or 2 shot Tesla Cannon. 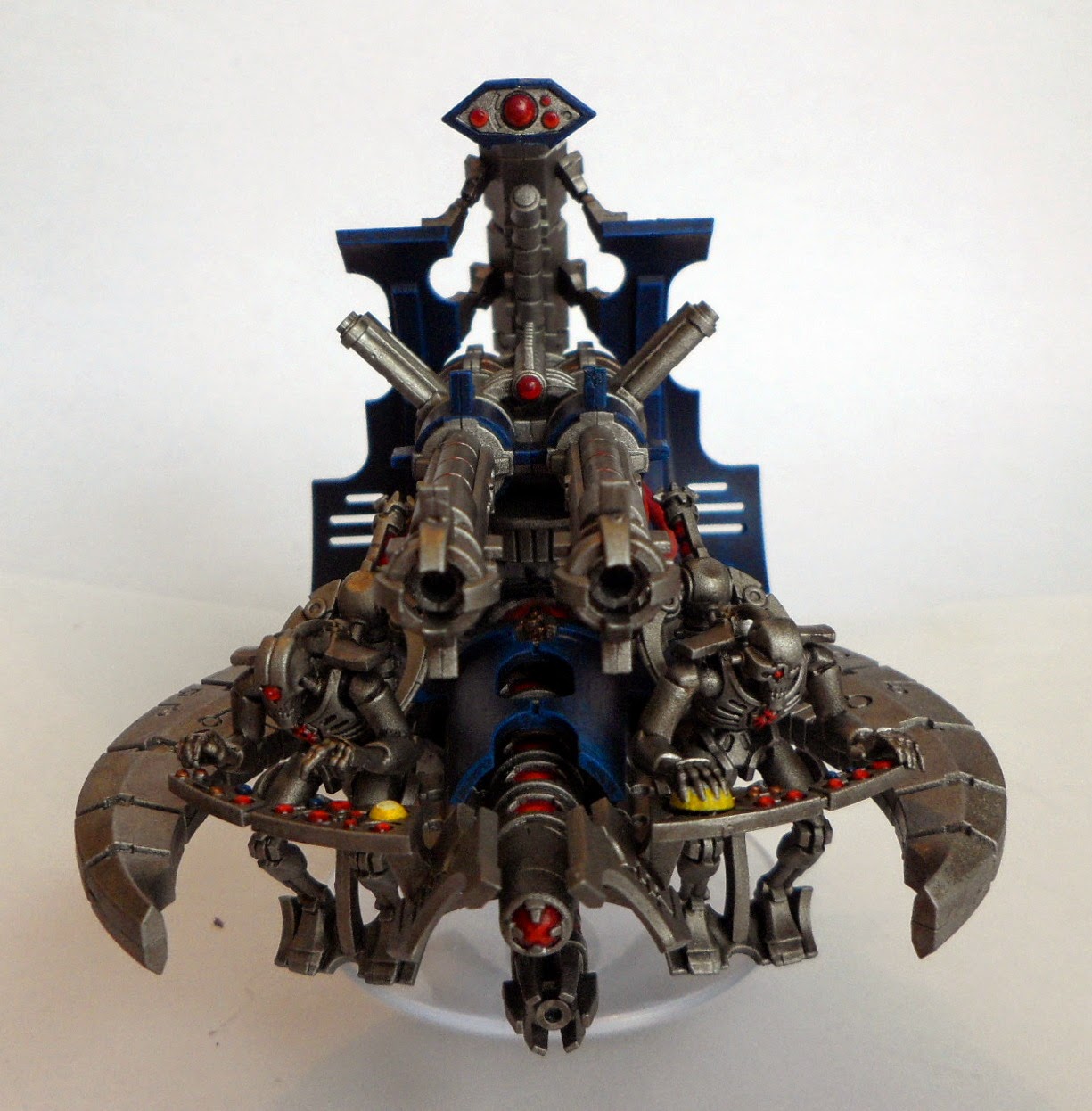 I've always loved Annihilation Barges since being on the receiving end of three at BlogWars owned by Sons of Sanguinius Venerable Brother. When you hit with a six, you gain two additional hits - with a re-roll TL gives you plenty of chances to hit at St 7. So the possibilities to glance AV12/13 Imperial Knights to death becomes a reality with a couple of these and some Night Scythes. 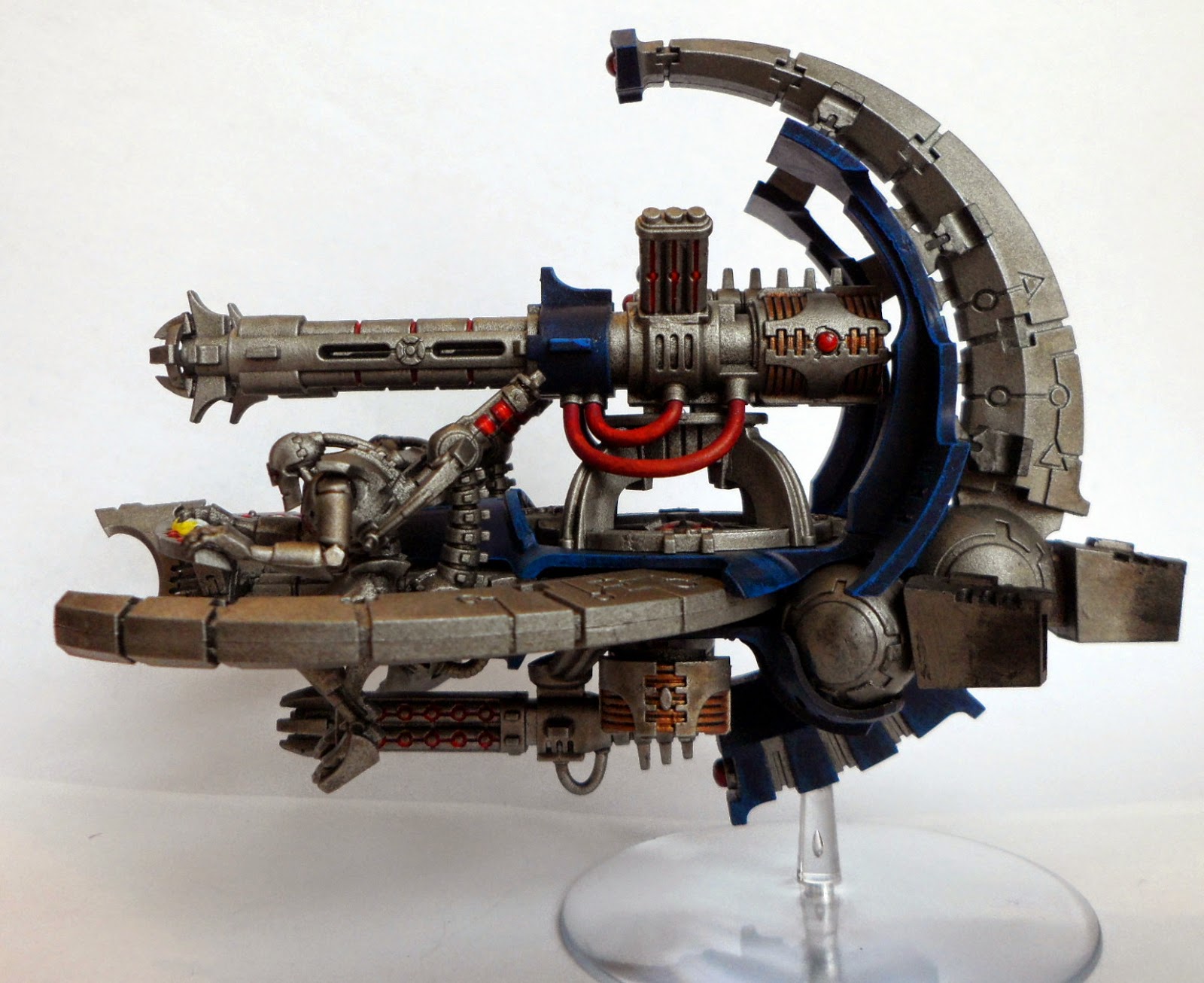 Quantum Shielding keeps them around for a while, acting as AV13 until Glanced which is great as I am sure these will be prime targets with there primary weapon being so destructive to troops and lighter vehicles. I chose a Gauss Cannon for the secondary armament as it can also glance on a 6 being Gauss. 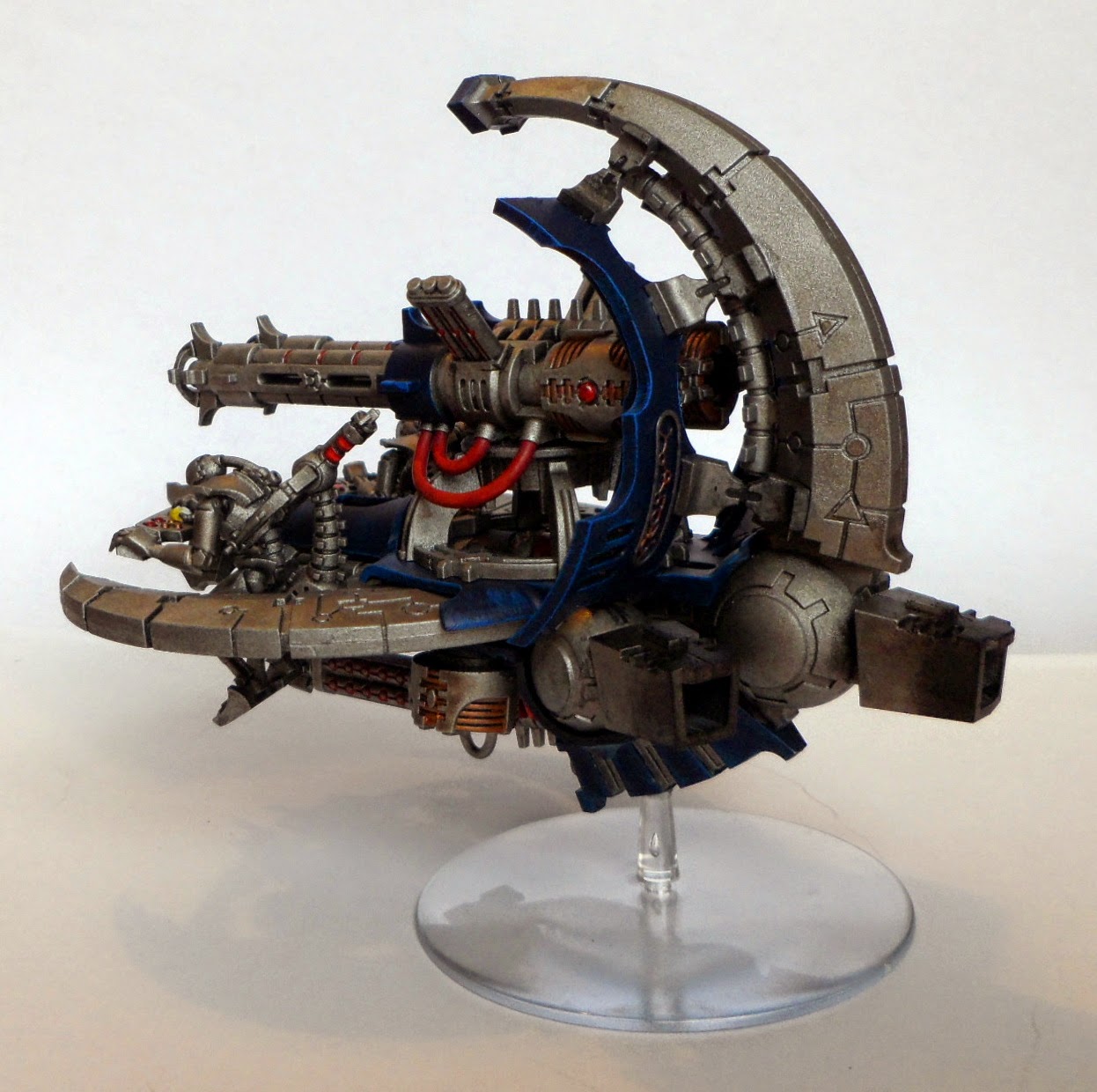 This won't be the last one of these, a couple more in the pipeline!
Posted by Siph_Horridus