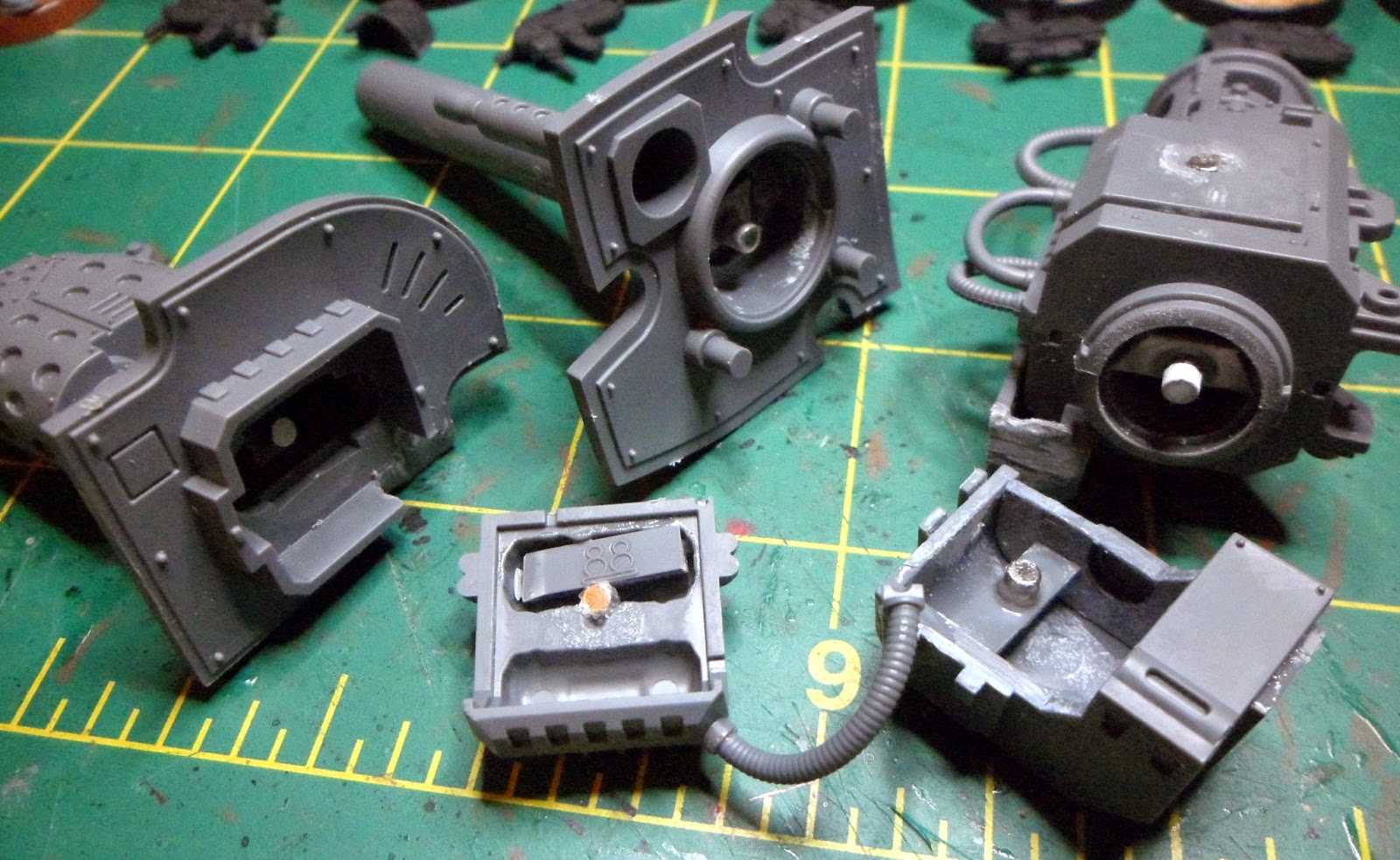 The new Imperial Knight kit is amazing, I love it - but to choose a Knight Paladin or a Knight Errant would depend on the battle and the army you face, so with a simple application of magnets and a little trimming, you can have both options from one kit. Not that it'll mean I don't buy another two or three ;)

As you can see a few magnets in the tanks, ammo hopper, main body and both gun barrels attached with some sprue off cuts can be easily done. If you drill through a piece and insert a magnet, strengthen the magnet with some more off-cut sprue to support the glued surfaces. 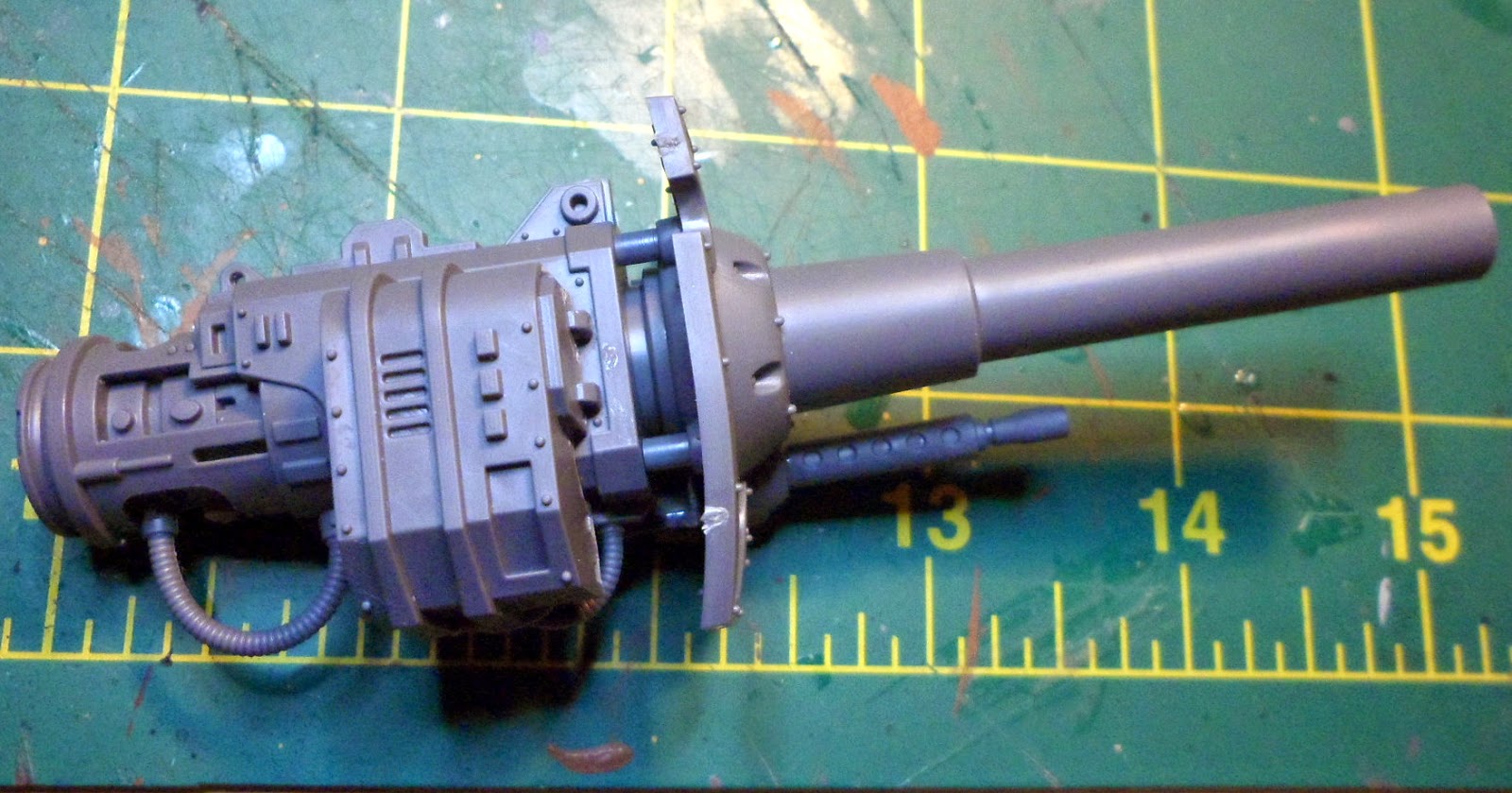 Using a magnet on the gun block and the Battlecannon breech and ammo hopper I can construct the battlecannon assembly - the only sacrifice is the shell ejection port is no longer open, now filled with some internal gubbins with the hose and I removed the other power cable from the bottom of the hopper as these two cross over eachother. 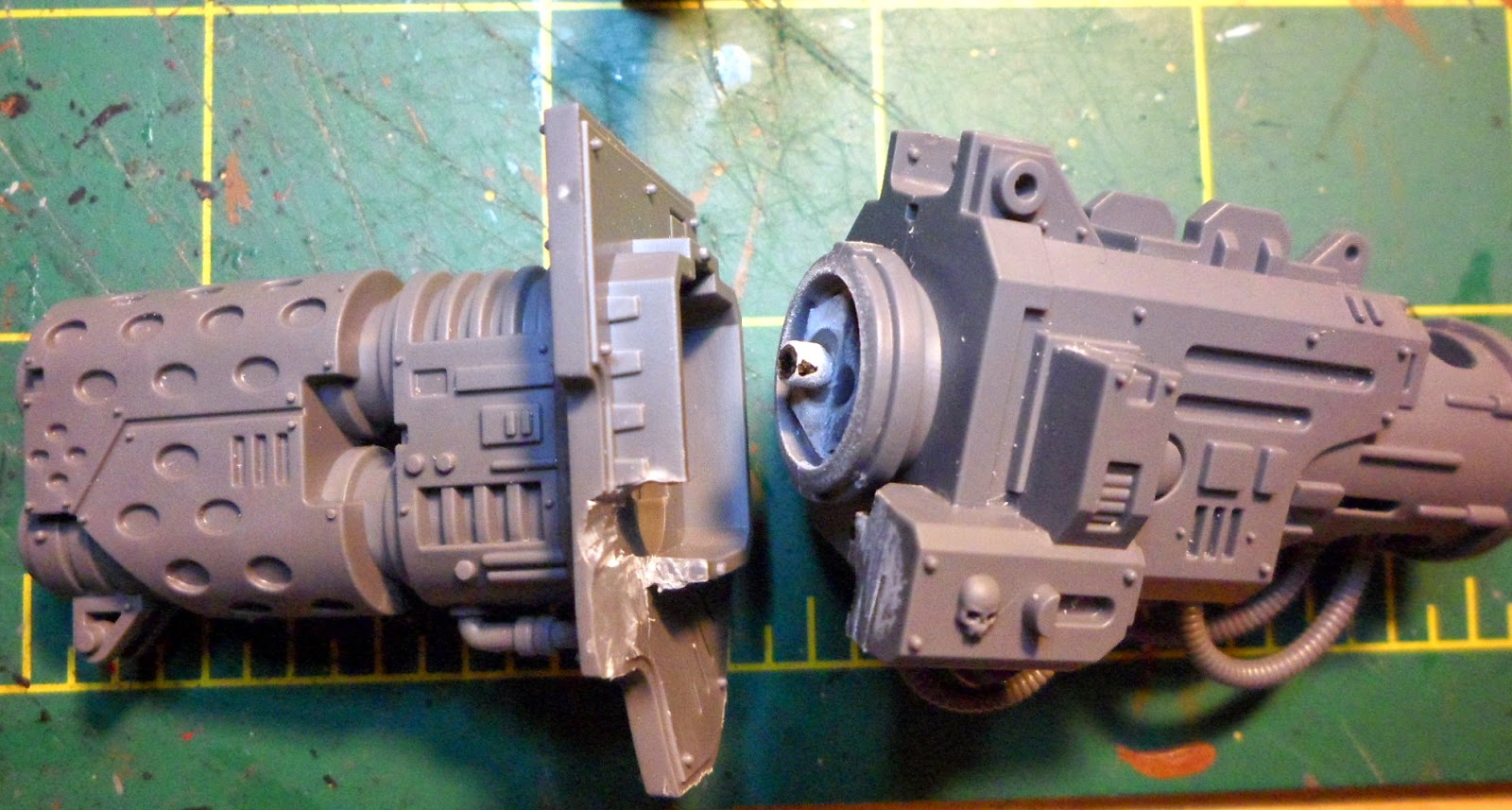 On the inner side next to the legs, the front shield was trimmed slightly (needs tidy up work) and the Heavy Stubber assembly used with the Battle Cannon is now just some other gubbins and not noticeable. 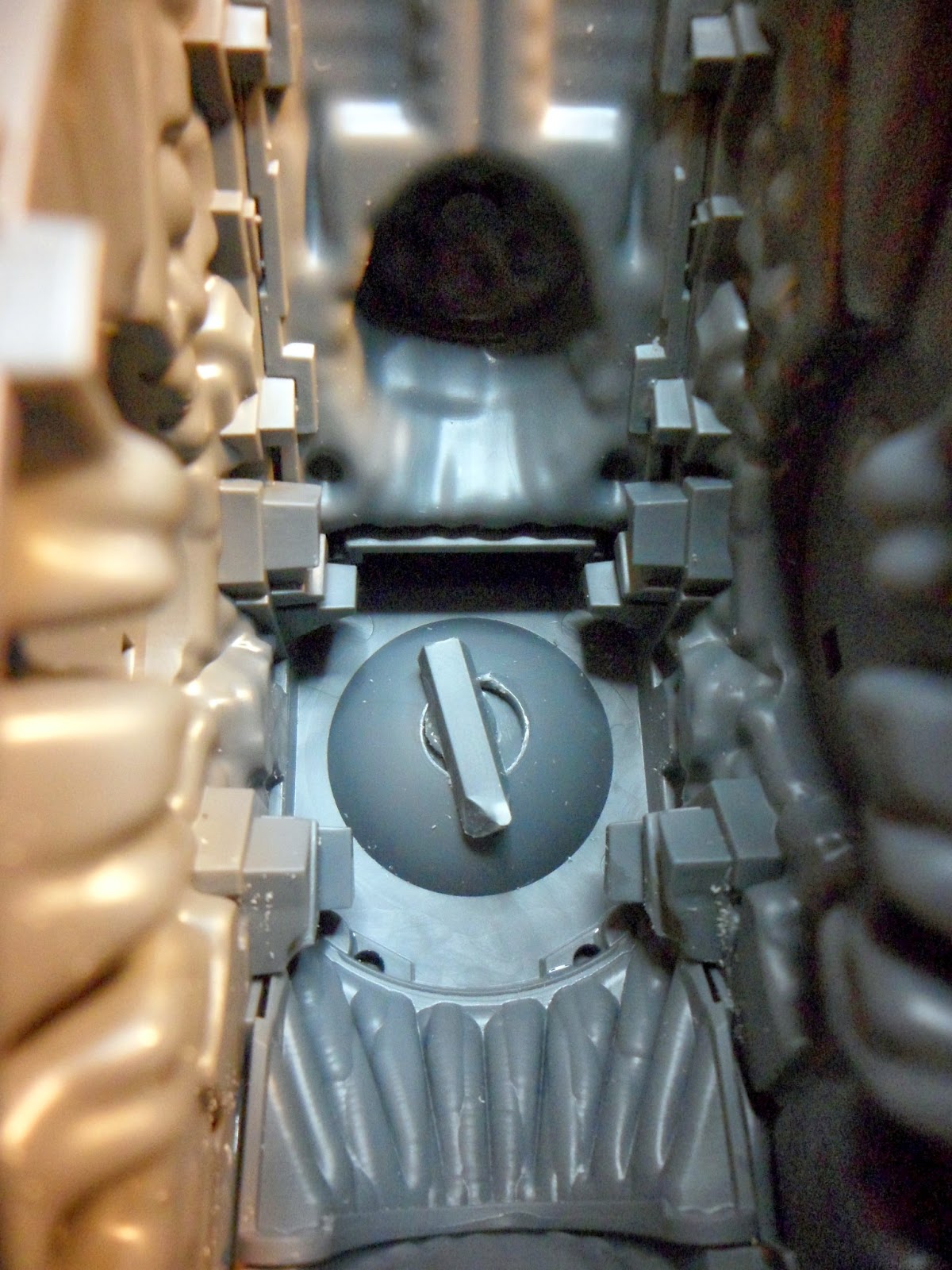 Whilst I was at it, Lord Halfpenny showed me a neat trick he'd done with his, so I copied - I didn't glue the waist but using another sprue off-cut means the waist is attached but still rotates allowing re-posing of the model once constructed. Genius.
Posted by Siph_Horridus