Another update on the Iron Warriors – this is my second squad, a dedicated assault which are armed with Close Combat Weapons and Bolt Pistols. 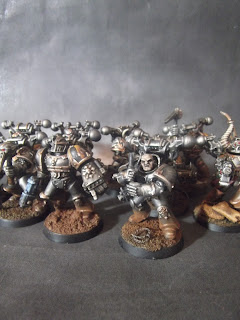 In the Iron Warrior novellas, there is quite a bit about the relationship between an Iron Warrior and his entrenching tool, so I decided that where possible, my IWs would be armed with them as the generic CCW. 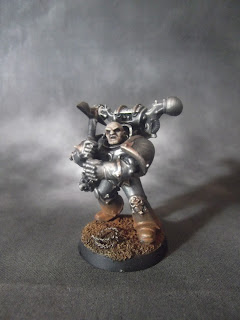 The entrenching tools were made from spare hand weapon parts from Chaos Marauders and Warriors sets after I converted all their weapons to be Great Weapons. 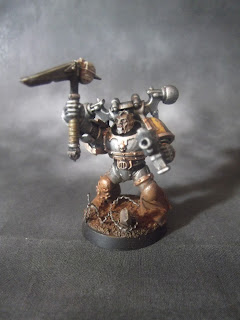 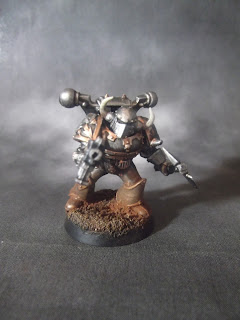 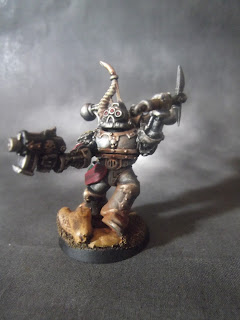 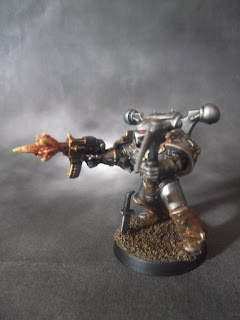 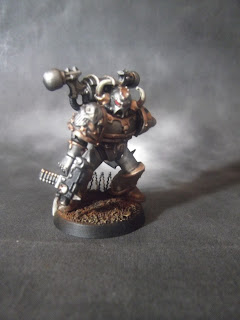 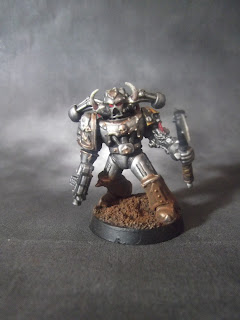 The squad has been converted in a similar way to the first squad – so lots of IW bits, bionics and repositioning.

The Heavy is armed with a Legion Autocannon (the same ones I used on my Havocs) and I think looks loads better than the standard Chaos Autocannons. 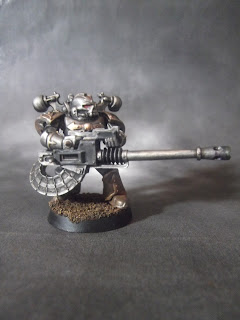 The Champion is just a basic cobble together that will ultimately be swapped out for a Champion in MKIII armour with a nice combi-weapon. 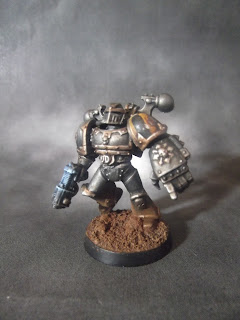 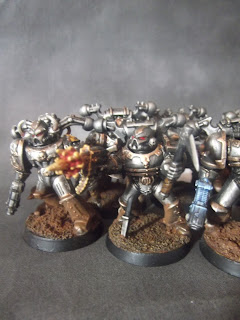