Hi all – today I am showing off my newly finished Chaos Lord for my Iron Warriors. 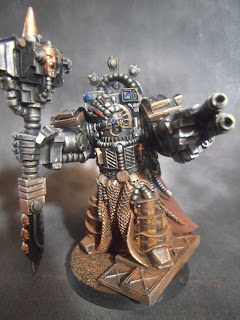 It is another model from Hi-Tech Miniatures and is obviously a Perturabo counts-as (the model is actually called Proturbo...) and I will be using him as my primary Lord until Forgeworld get around to making a Perturabo model for the Heresy series. He would also probably be suitable as a counts-as Abaddon if I were ever to play in a tournament that required special characters.... ;) 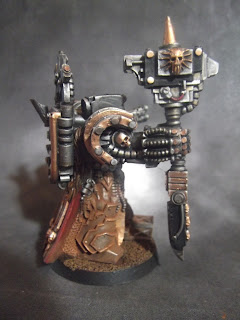 The model is a bit of a beast – he is a good size larger than a Terminator, but given his Primarch/Lordly status, still fits nicely in the army. 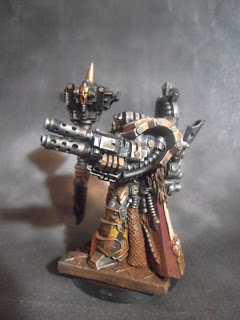 The model isn’t packed with as many details as the Obliterator counts-as models from Hi-Tech, but is still a nice sculpt. I guess my only criticism is that the cape is very static and lifeless on the reverse. 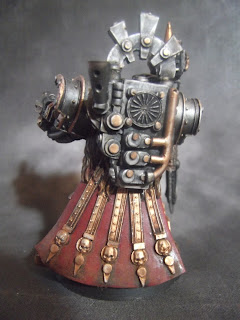 To help it fit in to the utilitarian theme of the army, I tried to keep the painting toned down (I would have liked to go a little crazy on my primary HQ model – but it wouldn’t fit in with the rest of the army) and just focused on the features around the models head as a central focus. 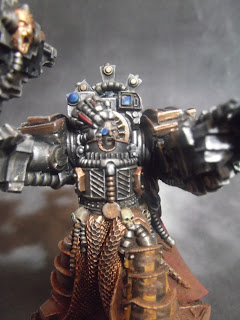 The model comes with a scenic base – which is nice, but stands him an inch even higher...seeing as I am going to be using him in games and would like a cover save every now and then, I magnetised the scenic base and also knocked together a simple GW base for him to swap out to. 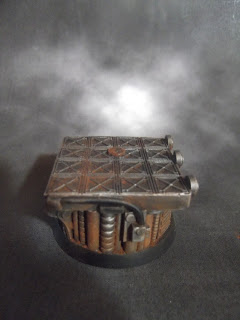 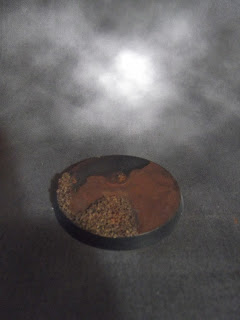 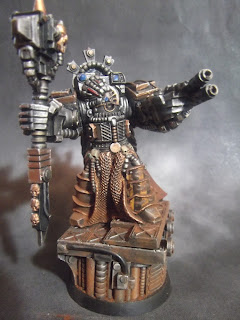 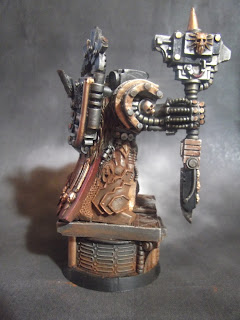 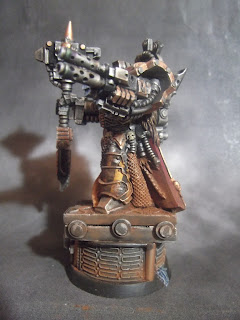 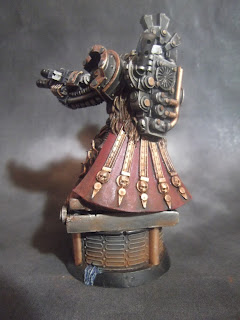 I feel like the army is really coming together now and the 1850pts list I have had in my head since last year is now only missing two models to be complete (hint – they both fly and are the bane of most MEQ players lives).
Posted by the 6th degree