Here is a mini-project I have been working on for my Iron Warriors (I say mini-project, although its actually a key component of my current army build) – an Aegis Defence Line. 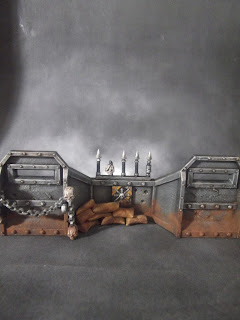 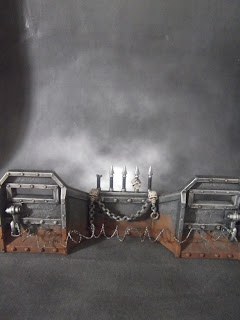 The conversion from Imperial to Chaos was pretty easy to do – using a rectangular scalpel blade, with the edge on the end, I was able to chisel/scrape off the Imperial Aquila's and then stippled on some liquid GS to add some texture back to the surface of the walls. 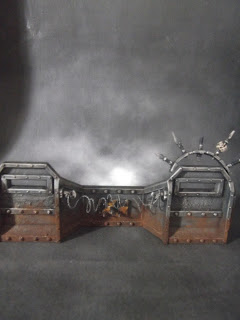 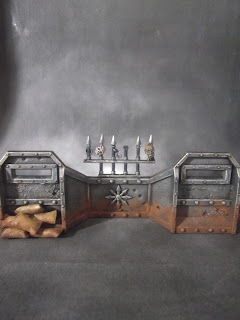 I then just used bits from the Chaos Vehicle Sprue (that I didn’t use on my latest Rhino), made some sandbags (rolls of GS that are then pressed slightly flat with a tea towel to add texture and cut to the right size) and some barbed wire (from Army Painter I believe), to make them more Chaos-y. 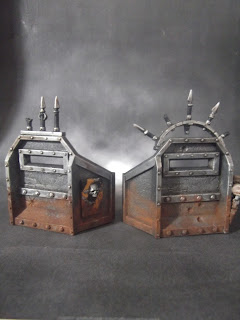 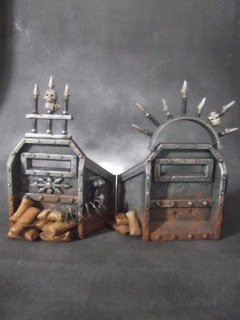 Whilst I am not using the typical Chaos spikes/skulls on my Iron Warriors – I think they fit perfectly on the Aegis.
Posted by the 6th degree