I’m still going ahead with a repaint of some of my Nids; mainly the ones that look hideous and that I use regularly.

Due to their fatal T4 flaw, the Tyranid Warriors don’t get played half as much as I would like (why can’t they be T5 2W - seeing as Hive/Tyrant Guard are T6 2W???); there is just too much S8 in decent sized games, but I have recently played them in a couple of smaller 1000pt games and they really can be awesome.

My favourite build is Deathspitter and Lash Whip/Bonesword – a little expensive at 50pts each, but a brood of 3 can happily turn a squad of 5 Termi’s into mush in combat and you can’t turn your nose up at 15 S5 shots either...so long as you can avoid the incoming S8 shots...and GW doesn’t nerf the Boneswords in the next FAQ (which I am pretty sure they will).

With GW finally releasing the Lash Whip/Bonesword sprues, I thought these guys deserved stripping and re-equiping. This is what one of them looked like originally: 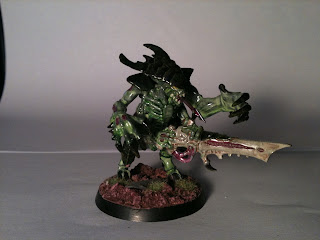 And this is what the brood looks like now – much more pleasing to the eye (at least I think so...): 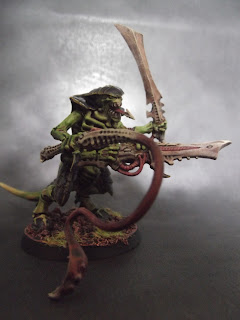 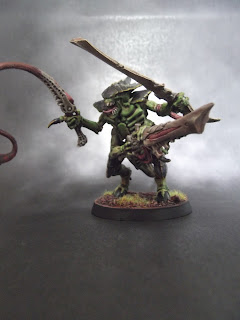 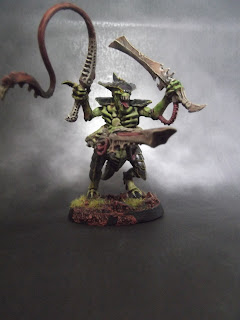 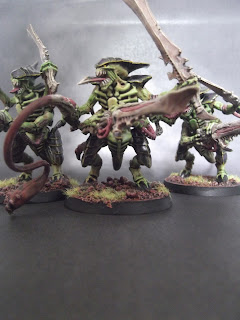 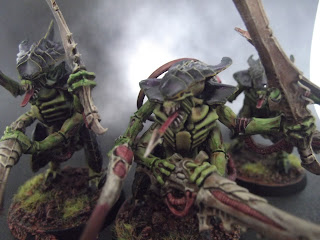 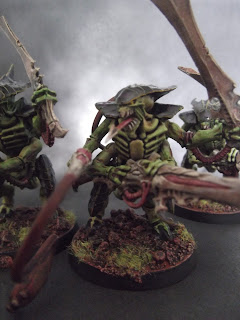