Me and Siph recently had our first 6th Edition battle, we decided to play on my battle board, with a smallish force to get used to the new rules. 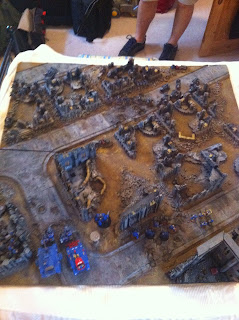 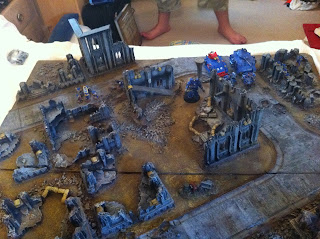 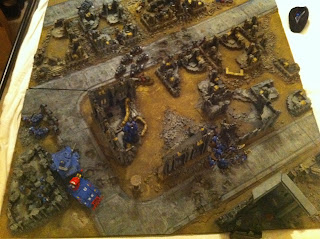 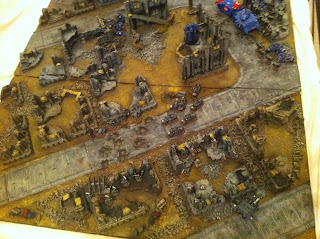 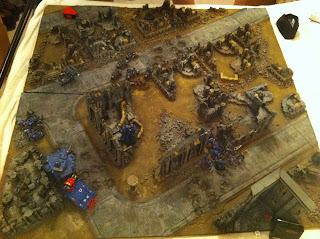 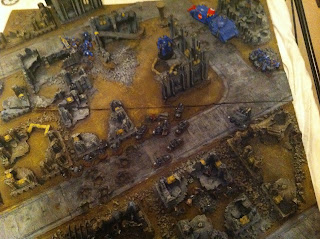 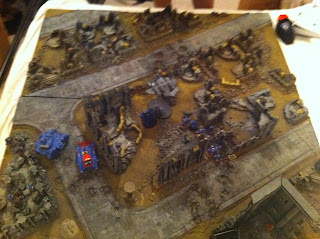 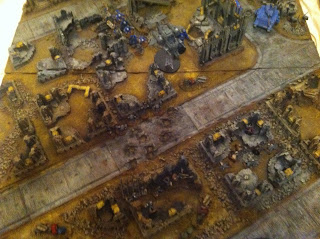 A well deserved win for PornStarJedi!! woo!!  I forget how much I love this game,even when having my ass handed to me on an azure plate... Siph ;)

A really good battle, which could have gone either way- Siph had some really bad luck with his dice rolling, which at times was scary- i've never seen so many 1's. And a foot list against this Mech list with flyer was always going to be an uphill struggle - Siph :( but Pornstarjedi fought well.

My man of the match has to be the Contemptor- the Kheres assault cannons are nasty- 2 lots of heavy 6, S6 fire w/ Rending... I might have to order a second one... and mines on the painting table as we speak, lol. Siph.
Posted by Lord Halfpenny