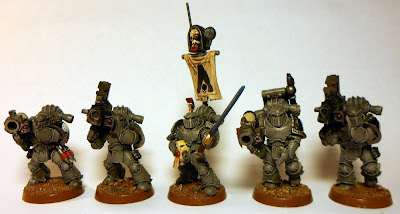 This is the MKIII Iron Armour Devastator Squad complete. Here is the Sergeant and the heavy weapon troopers. I have used two FW Heresy Era Missile Launchers as well as two modern ones.

There are a number of little conversions throughout these troops, namely wrist guards and such like. The photos below show these a little better. Firstly, a MKIII Wrist Guard on a MKVII plastic arm, simple but effective. 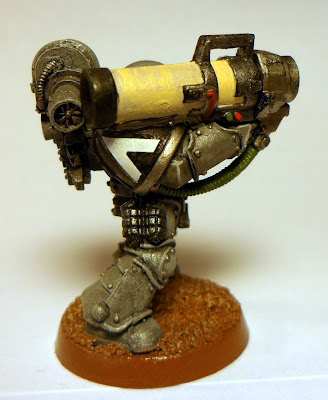 Next, the two FW Missile Launchers and the Trigger Guards I added to MKIII forearm and the MKVI shoulder/elbow that come with the MLs to get the correct angle. The left arms have also had MKIII wrist guards added. 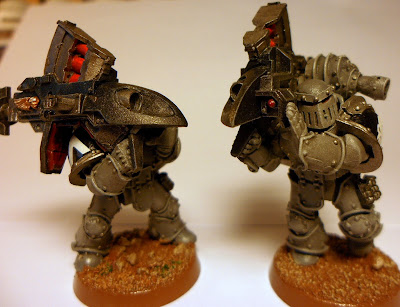 Here is my version of a Devastator Backpack, only one vent moved unlike the FW double vent swop. 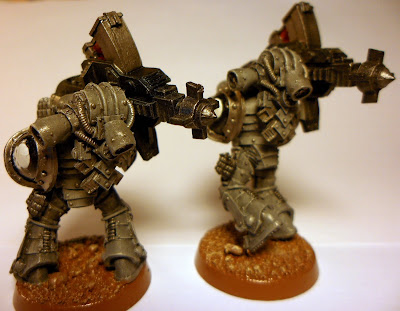 Then the Missile Silo Devastator Backpack added to a MKIII pack. Here the frosting is noticeable, but as it is Iron Armour, I will live with it. Simpe Green and Fairy Power Spray would not get off Army Painter Primer. And he has an extensive rebuild of a modern ML and power cable onto a MKIII arm and shoulder pad. You wouldn't have noticed if I didn't point it out - but look at the above marine with modern ML - he has the only MKVII pad in the squad. 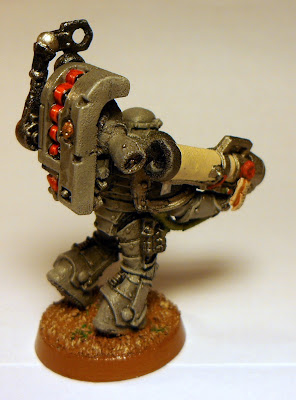 And finally, the Sergeant has a FW Boarding Marine Helmet, a Capt Relic Blade (just Power Wpn), a Banner and again MKIII Wrist Guard added. He also has a Signum added to the banner top. 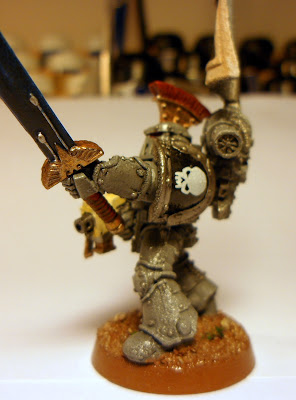 Hope you like and feel free to comment - except about the frosting - honestly I tried to get rid, but unless I scrapped 5 marines and started again, it was here to stay.
Posted by Siph_Horridus