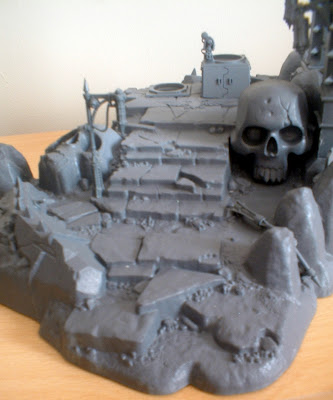 As soon as the Temple of Skulls was released, I had to get one for my Relictors as an HQ or Outpost - game wise, an ideal Objective. 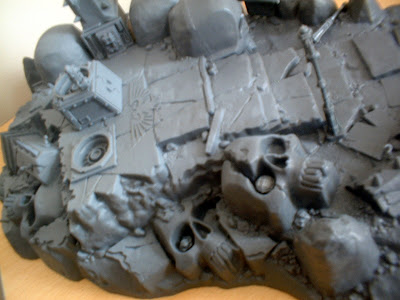 I removed the Chaos eight pointed star with some greenstuff in-filling and extra paving cutting to break up the pattern. Then I cut a hole in the paving and inserted a fan assembly from an airline turbine model kit i had loafing in the bitz box. Each large skull had some tech bits from Chaos Accessory Sprue and SM Searchlight fitted in one eye. 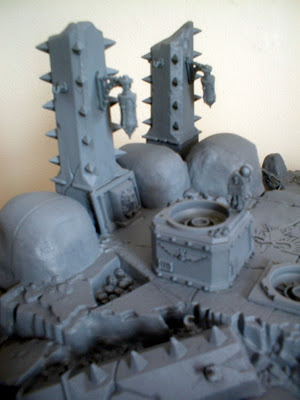 I added the mounting from the Aegis defence line Autocannon as a hatch to the underground base as well as making hatch doors from cut down rhino doors. A Brass etching Aquila from FW continued the Imperial theme. 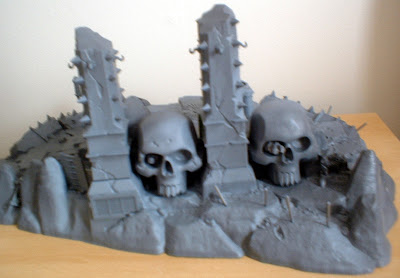 Finally I added some Cities of Death lamp posts, lights, Chaos Hooks and some barricades. The final pieces were some metal rods which will form the basis for Barbed Wire emplacement to make the ground impassable terrain. The two accesses game wise to the top will be up the stairs as normal ground and a scramble up the rear 'steps' as difficult terrain. 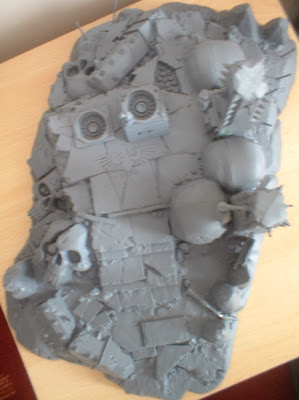 I hope this has given you a few ideas to '40K' your Fantasy Terrain.
Posted by Siph_Horridus