Firstly I would like to apologise for the lack of current posts on the Weemen site, Siph has been away with work and I have taken a new job which has seen me living in away from home each week, thus time for blogging has been reduced over the last few months.

I would like to welcome the6thdegree to Weeman, and look forward to seeing his posts on his tyranid army! (I can now paint up my dead nid's on my veterans to match the nid scheme!) 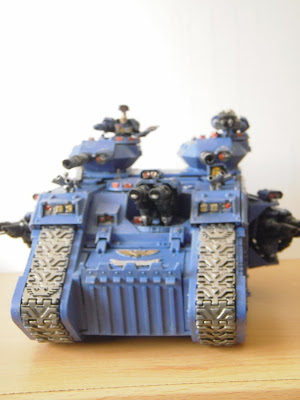 Following a recent post regarding the WIP of my Land Raider Terminus, I am proud to be able to show you the near finished project. The final parts will be to transfer up the tank, and add a couple of the forgeworld brass etchings to finish the 'titan killer'. 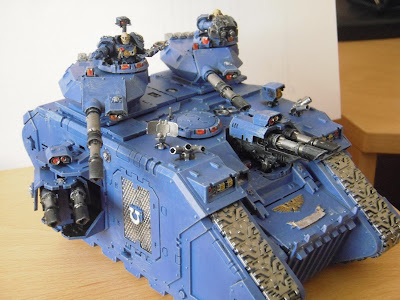 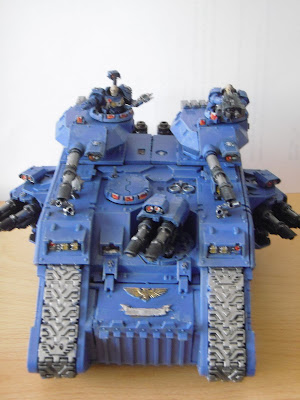 As you can see I opted to not use the standard GW terminus kit. I felt that the tank looked OK, but could look better with the way the weapons were positioned. Also the 'godhammer' lascannons could not be positioned correctly straight ahead due to the single lascannon sponsons. As discussed in the WIP, I found the inspiration from finding in my games drawer a LR with a predator turret sat on the chassis, - thus the invictus terminus was born! 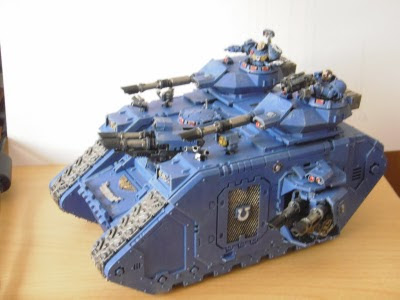 I hope you like the results, I'm pleased with the way the tank looks. The tank itself looks bigger than a normal land raider, which was the effect I wanted. I have also given the tank Chronus- I mean, who wouldn't want 5 BS5 lascannon's with 3 twin linked re-rolls!! 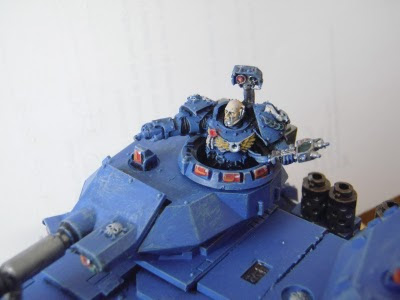