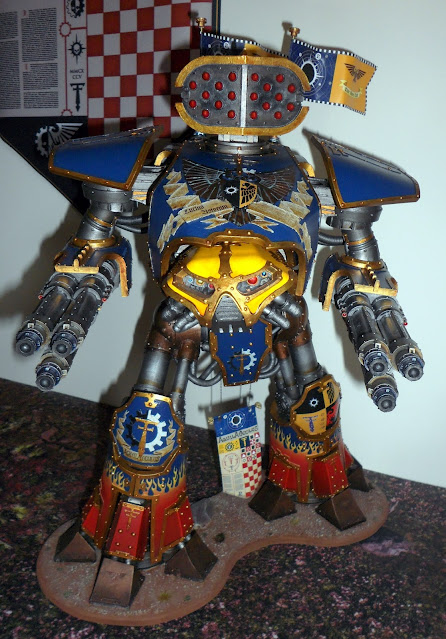 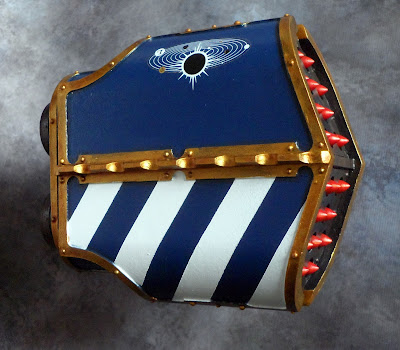 I chose stripes... I don't know why, but they look amazeballs and are fairly quick to do once everything is masked off. My Maniple so far all have striped panels so it will fit in with Reavers 'Honorum' or 'Aquila Oculus' armour plates. 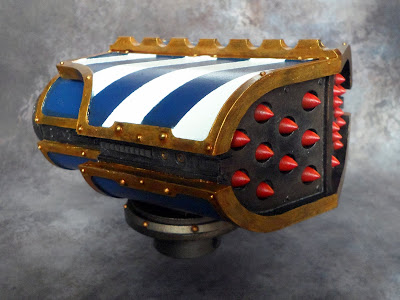 The red missiles match the ones in Reaver 'Honorum'. 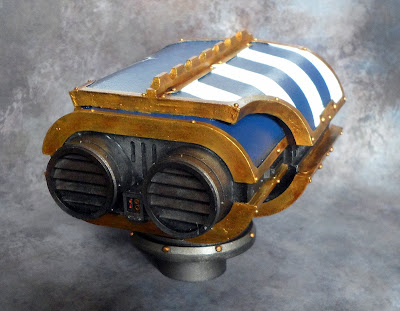 I weathered the exhaust vents with some suitable scorch marks 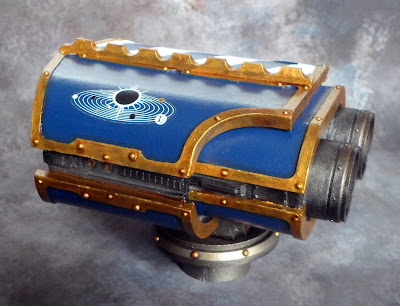 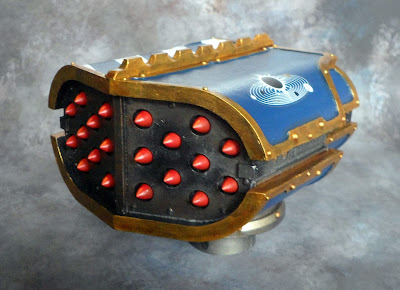 I painted the missiles Mephiston Red on the resin vent, then trimmed and glued before highlighting Evil Sunz Scarlet and Troll Slayer Orange, that way I didn't have to worry about lining them all up the correct way! 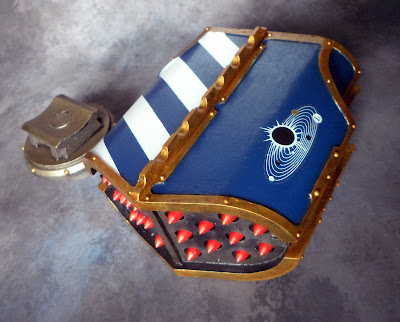 The weapon mount itself is magnetised so any future Carapace weapon conversions will have a base to fit to, saving me the hassle of finding a suitable mounting base. A simple set to glue, just the rear exhaust vents fixed and ready for painting... 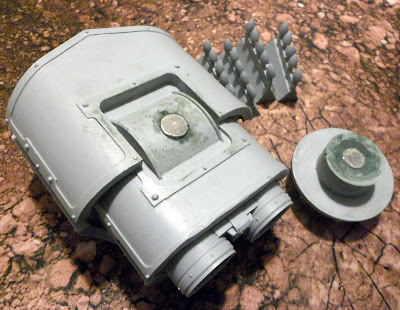 Ah yeah... make sure you check polarity of magnets with existing carapace weapons! Luckily the JB Weld was still not set so some rapid drilling and prising out of magnets and reversed the polarity, filled the drill holes with green stuff and once painted you don't see the mess - a close call!
Cheers, Siph (5pts)
Posted by Siph_Horridus