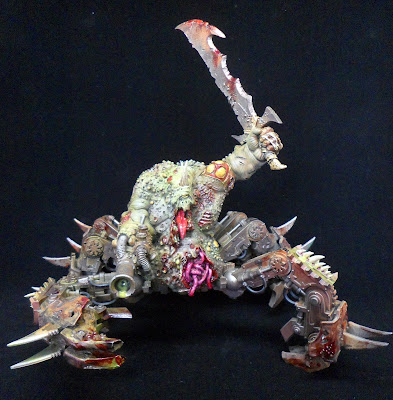 Hello All, thanks for dropping by, hopefully Nurgle hasn't blessed your house and you are safe and well. I bought this rather disgusting Plague Hulk second hand and have had fun bringing the nurgle disease ridden corpse flesh back to 'life' and touching up the guts, blood, pustules and warts etc. 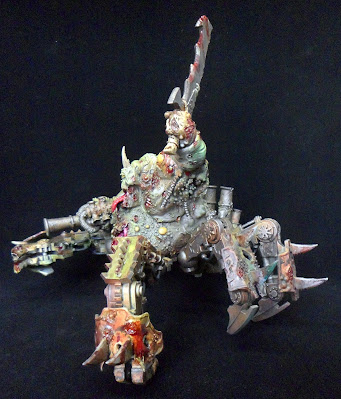 My main go to paints other than Deathguard Green and Nurgling Green have been the technical Blood for the Blood God and Nurgles Rot, both applied after the flesh work and a layer of matt varnish, that way I can preserve the shine and gloss look to both. 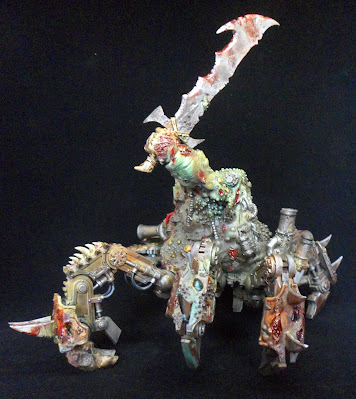 The metals received a lot of weathering and washes and a few inks like my old trusty Chestnut Ink. 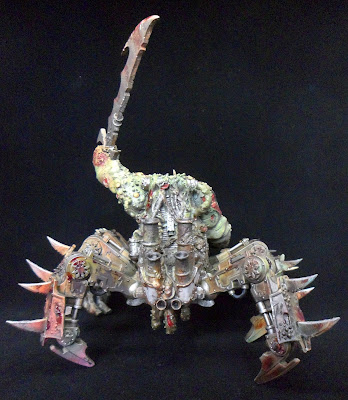 I love the disgustingness of Nurgle Daemons, I have another two Greater Unclean Ones to do, that way the FW one I have will be a Scabeiathrax the Bloated, also known as Papa G'aap, Lord of the Blighted Pit, Maggotspore, and the Wind of Nurgle, Scabeiathrax was most recently summoned into the mortal realm in by the Forces of Chaos infesting the world of Vraks Prime during the grinding military campaign recorded in Imperial databases as the Siege of Vraks wth the Death Korps of Kreig. 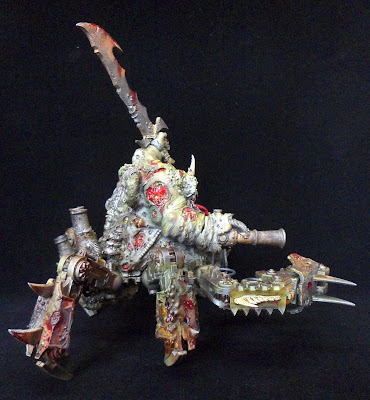 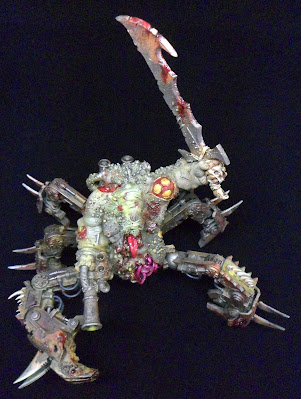 A rather large and cumbersome miniature to photograph but I think all the gross colours and pustules have come through... 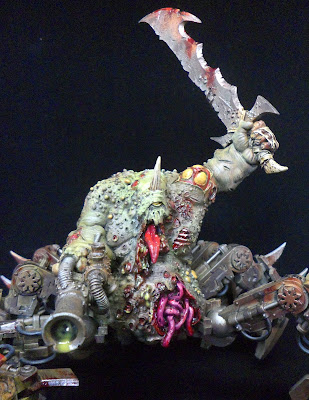 I particularly like the weeping Nurgle's Rot from the Rot Cannon.