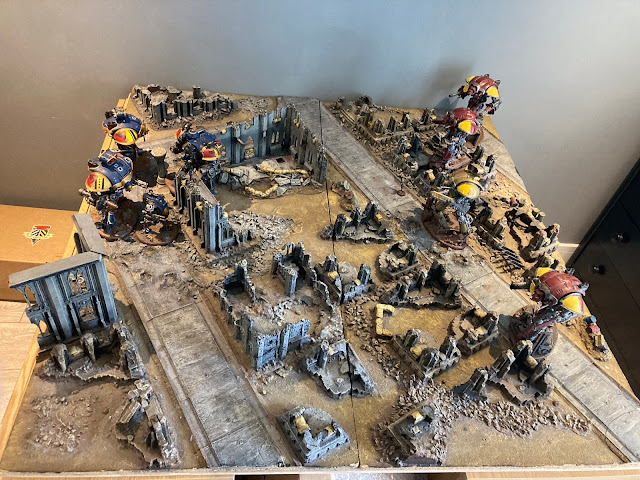 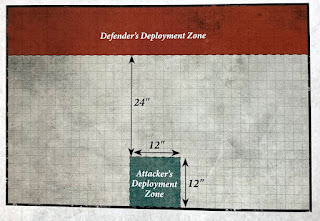 We were playing the Engine War Knight specific scenario which had the Imperial forces attacking a besieged hive city breach. The Vassal Knights of Legio Astorum was playing the Imperials, and went first. 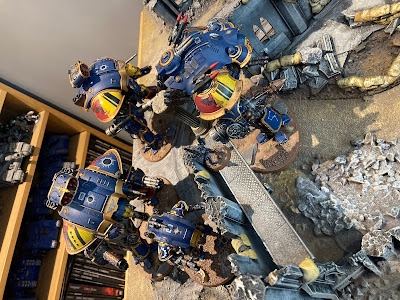 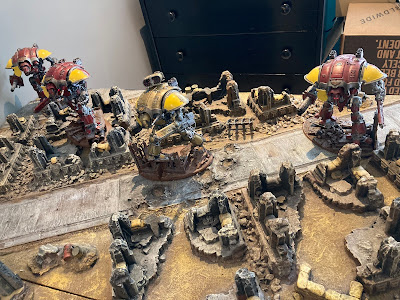 Errant Sir Davros Ger'kan III in "Fire Eclipse" in the centre golden Knight, Lady Emilia Fox in "Kingslayer" the red Errant on the right, Baron Tiberius Kirk in the Gallant "Karn's Fury" and Sir Sicarius Ka'to in "Vengeance" in the Crusader at the back. 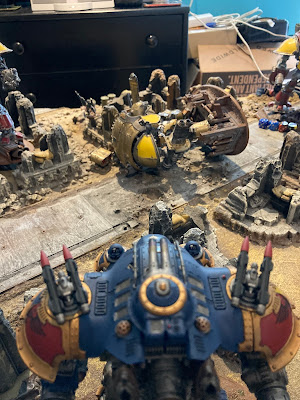 The Imperial guns opened up and "Fire Eclipse" was on the receiving end, a little too far forward allowing the Valiant "Iron God" to unleash the Conflagration Cannon 'Traitors Pyre' and the Thundercoil Harpoon - that harpoon alone took 10 wounds off after an unsuccessful CP re-roll for Shields!  ENGINE KILL! 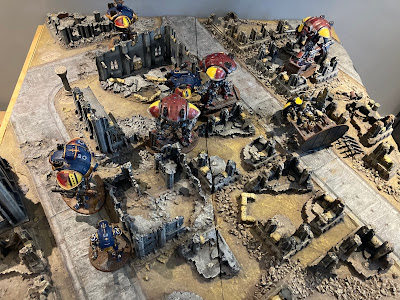 The 'Traitor' lines responded with swift and brutal shooting to soften up the Valiant and both the Gallant "Karn's Fury" and the Errant "Kingslayer"... 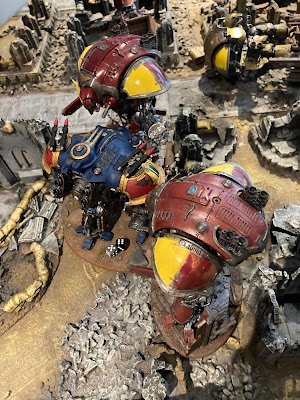 After some less than impressive close combat, the Valiant "Iron God" withstood the raw Engine combat standing on 11 Wounds 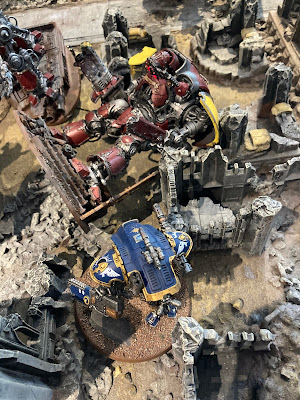 In the Imperial second Turn the Armiger "Bane of Iron" on the right flank took the opportunity to bring down the Errant "Kingslayer" with its Thermal Lance and Melta Gun - ENGINE KILL! 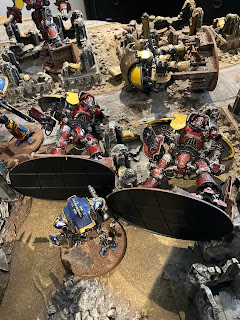 In the Combat phase, the Paladin "Oathkeeper" and the Armiger charged the Gallant "Karn's Fury" and the brave Knave Izrael in "Bane of Iron" took its second ENGINE KILL! 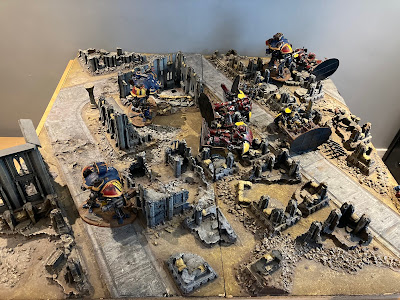 The Traitor line was now in disarray, the Crusader "Vengeance" stepped back and away from the ranged guns of the Valiant "Iron God" and to seek revenge targeted all at the Armiger "Bane of Iron" then I combat laid low to the bravest of Knaves ENGINE KILL! - Knave Izrael survived the Battle and will have earnt a Questoris Knight ride for his next mount. 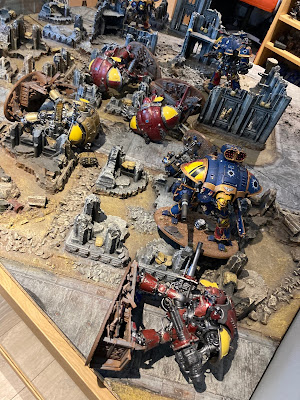 The Paladin "Oathkeeper" closed in on the Crusader "Vengeance" and bought the traitor Engine low in close combat. ENGINE KILL!
A really fun and quick battle to bloody the new Games Room, unfortunately not yet a win for the Lord TITANium Halfpenny, but it was great to finally throw down some dice and hear the echoes of ENGINE KILL! in the WeeMen room at last after a few years of Nurgles Rot...
Cheers, Siph and Lord TITANium Halfpenny
Posted by Siph_Horridus