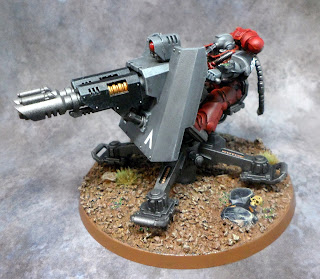 Hello All, thanks for dropping by. The Primaris Force I have is slowly growing, and this was a nice stocking filler I picked up for myself, done in a couple of sittings and is really nice addition. 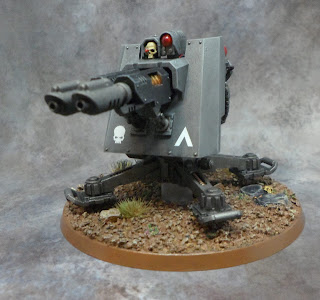 I chose the Las Talon weapons as some decent strength and AP can't do any harm, the Accelerator Autocannon are double the range S7 -1AP and 2 Dmg, whereas the twin Las Talon is a short range Lascannon. 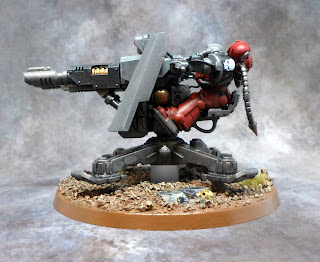 I love the fact the Techmarine Gunner is fused to the machine, seeing through its auspex and data spike plugged in one side and the other loose, and his bionic arm plugged in too. 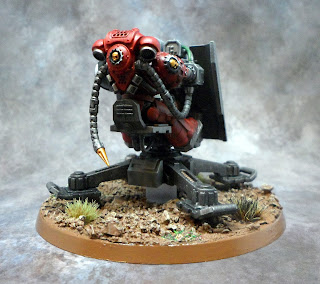 I chose to do my Techmarine's red armour to honour Mars but grey arms and helmet to honour the Chapter. Its a scheme replicated across the three Thunderfire Techmarines with various grey and red sections. 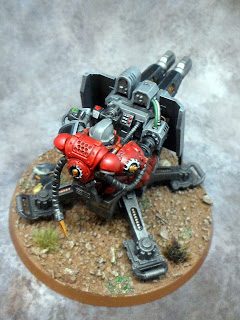 There is a lot of detail in this kit even though its a push-fit kit, you can't really tell and its done well. 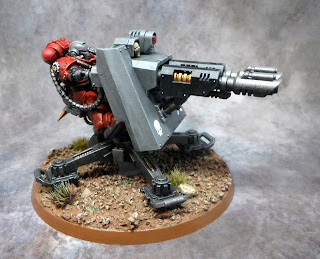 I've also raised the platform slightly on a clear perspex stand so the Gravatic Ventral Plates hover just above the ground. 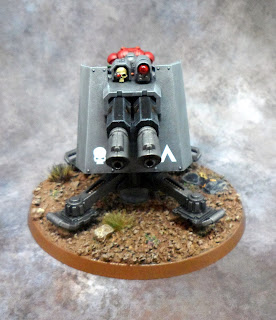 A view the enemy doesn't want to see, I've chosen Heavy Support chevron, it's primarily a defensive weapon, the Firestrike Servo-turret lays down withering volleys of fire to secure flanks or the Space Marines’ base of operations and can move position on the gravatic ventral plates to gain better positions as the fires rage on. 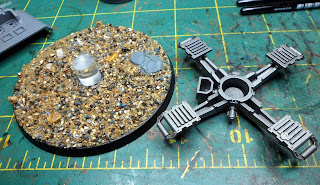 The perspex mount fits nicely into the base. 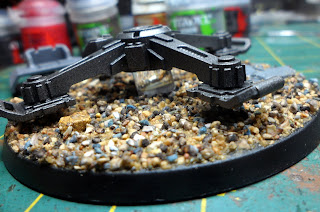 A nice effect achieved with minimal work, not sure why they didn't include a rod - maybe the push-fit compromise?
Cheers, Siph (5pts)
Posted by Siph_Horridus