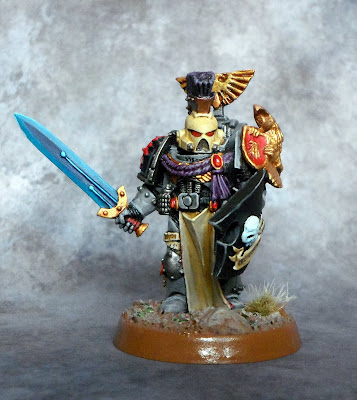 Hello All, thanks for dropping in to have a look. This is a rather special post to me - my official completion to my Relictors 5th Battle Company! This is the special limited edition Army Box set Veteran Sergeant model, converted and re-armed to be the Company Champion. 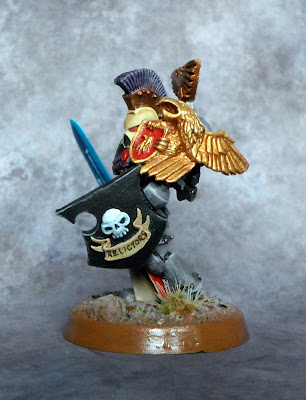 The Combat Shield comes from the 2nd Edn metal Terminators, the arm from a 3rd party Emperor of Mankind model, the power pack from a Limited Edition Sternguard Sergeant metal model too. I added a plastic arm and voila. The original arm with the raised Storm Bolter is on my Veteran Squad with Storm Shields and Storm Bolters. 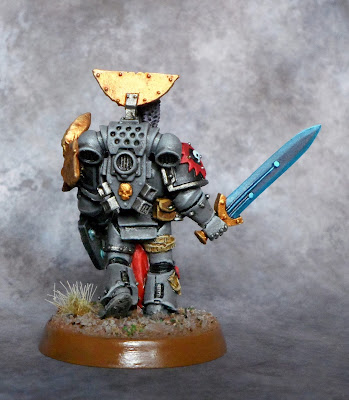 I used a 32mm adapter ring to increase the base size. The Power Sword was layered with Kantor Blue, Sotek Green and then edged with Templeguard Blue and Baharroth Blue at the tip. 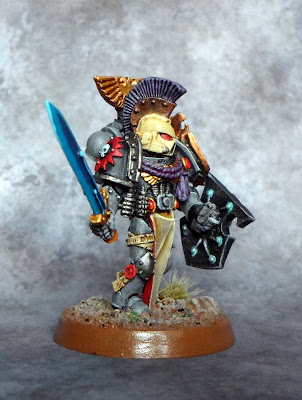 The purples were Contrast Shylish Purple highlighted Daemonette Hide. The power nubs on the reverse of the shield were coated with Nihilakh Oxide. 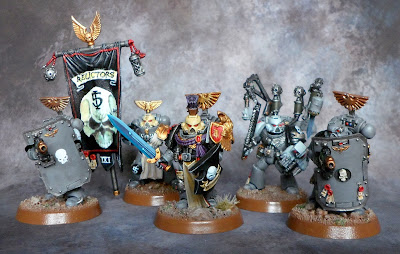 The traditional Company Command Squad now complete, Veterans, Ancient Banner Bearer, Apothecary and finally the Champion - I have an extensive Battle Company as sold in the Battle Company Box Set now OOP -
However it was never officially complete without a Company Champion, so finally after 11yrs I did it (with a lot of extra Armoury additions and a fledgling 4th Company and Primaris reinforcements...)

Cheers for stopping by, Siph. (10pts)
Posted by Siph_Horridus 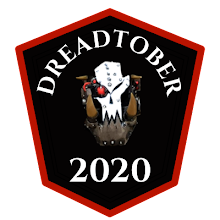