This week I've completed a couple of additional weapons for both the Reaver titans, and my Warlord. 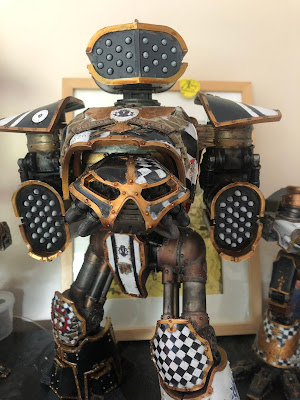 I've completed a set of warlord apoc missile launchers for use on my Reavers. This is an opd Epic version, utilising 3 missile pods. I've added a bolt into the weapon, to then screw into place through the shoulder. We will be using house rules for these if, and when I use this set up. 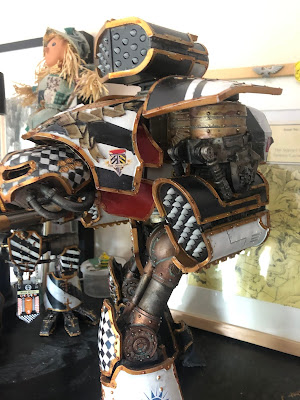 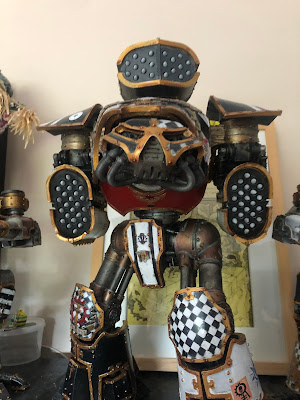 I am happy with the look, I think it would have been better if the missiles were horizonal, rather than vertical, however this would involve a huge conversion on each arm.

Backup plan is to use the missiles on my next warlord (if and when that happens..) 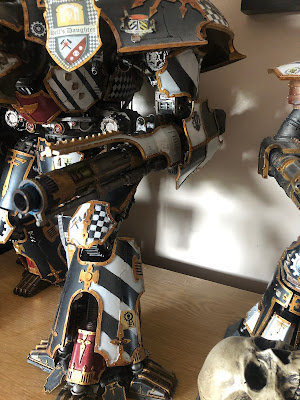 The Belicosa volcano cannon has been completed with a similar style to the other volcano weapons in the legion. I've added heat detail to the barrel of the weapon using blue, purple, orange then finally yellow inks. A home made symbol decal has been added to the gun shield. 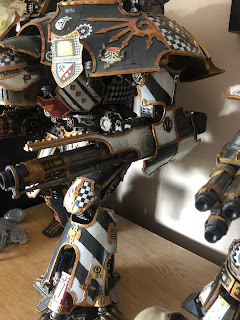 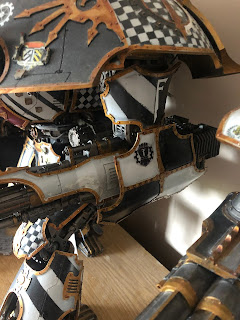 Thanks for stopping by! LH Annual Painting - 20pts (10 for belicosa, 5 for each missile pod)
Posted by Lord TITANium Halfpenny