I'm slowly getting into my 'to-do-pile' for my Deathwatch force. I've completed a 5 man Primaris Intercessors unit, a Primaris Captain and a Leviathan Dreadnought. 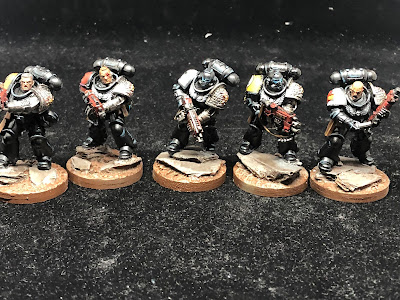 I've painted these with the same metallic black base, with edge highlights of thunderhawk blue to the raised sections. The weapons have been picked out in red, as I did for the previous vehicles adn dreadnoughts. The helmet eyes have been picked out with blue, having a slight glow around them using a lighter blue than that used for the lenses. I will be doing similar with power weapons. 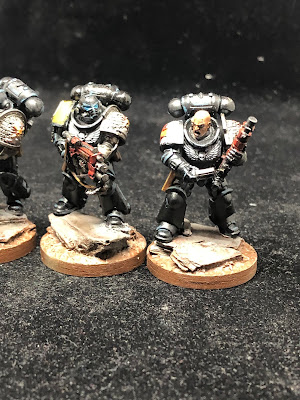 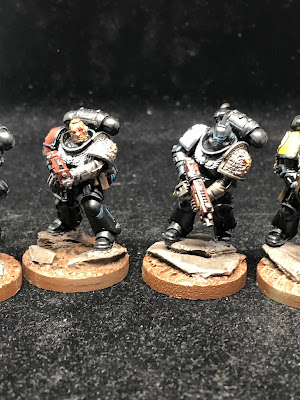 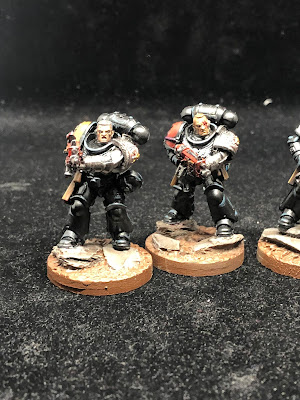 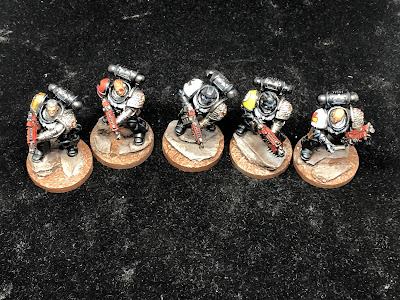 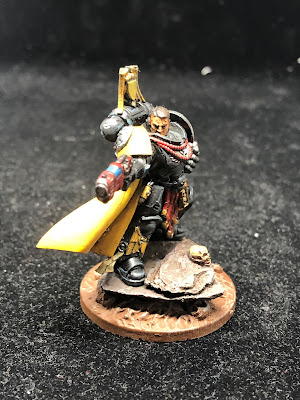 The Primaris Captain is based on the store birthday model, I've opted for him being from the Imperial Fists - to tie this in I've coloured the inner cape to match the yellow of the shoulder pad. I spent a lot of time on the face, and happy with the eyes. 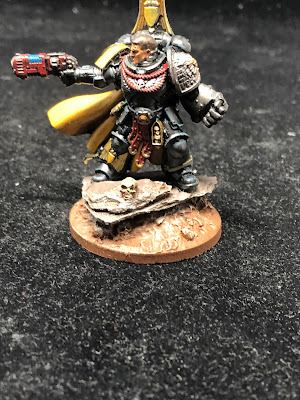 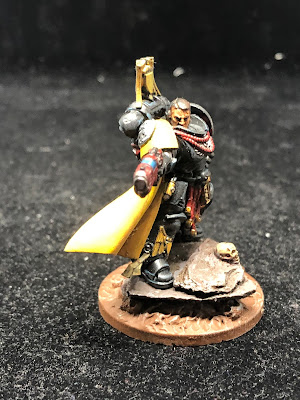 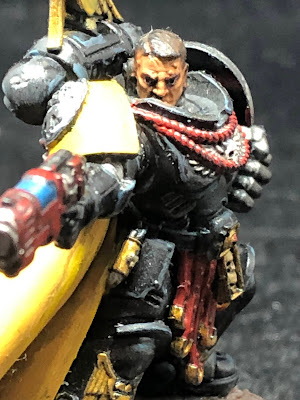 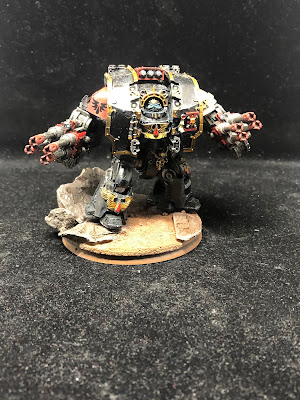 I decided to add some major firepower for the force with an addition of a Blood Angels Leviathan armed with 2 Storm cannons. I've tried to retain the look of the blood angels, whilst balancing it so that it looks deathwatch, more than death company. The details have been painted the same as the previous dreadnoughts, with an addition of a Blood Angels decal to the Right shoulder pad. 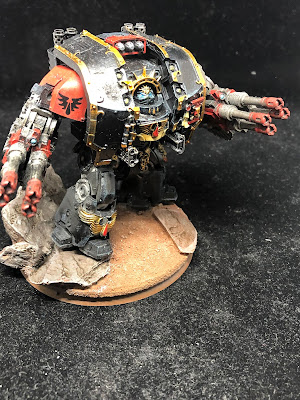 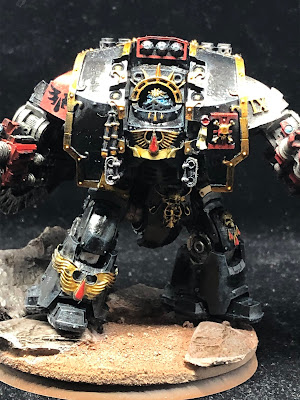 Really happy with all of these units, and they look great together! 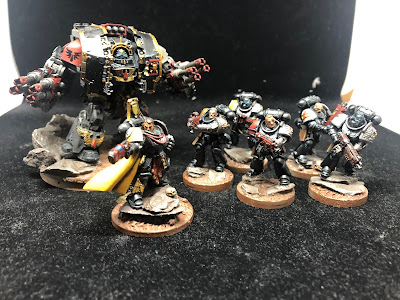