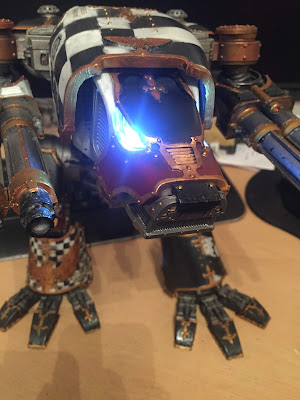 I thought I'd do an update to cover the work I've done with some of my titans for Legio Crucius..

I've done some work to complete the eyes of Wolfshead, previously they weren't covered and had the LED's 'hanging' in the wind. I've now added some plastic to the eyes as a lens. This has also created a really nice visual effect.  I've also added some details to the checked leg armour, as I wasn't 100% happy with the look. I have also up dated the weapons to match the Warbringer, with gold trim. 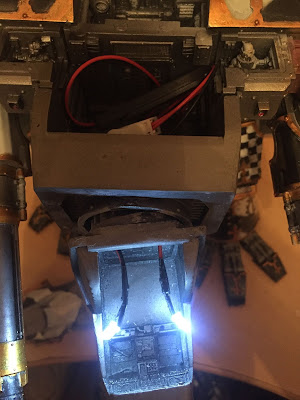 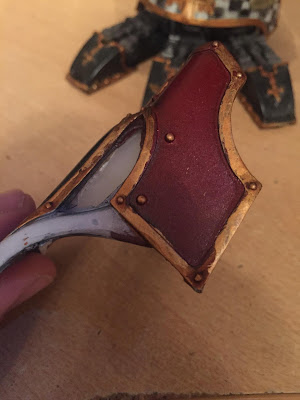 Black Strider has had her head re painted from white, to a black half, and a white/black striped other half to match the rest of the titan. Again, the weapons have had a gold trim added, and I have also added a white disc to the carapace ready for a Crucius fist transfer. 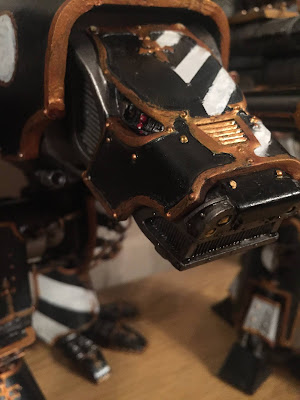 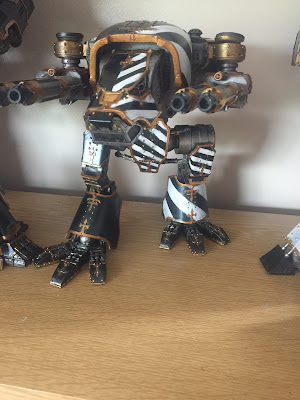 This God Engine is complete with the exception being further marks for engine kills and honours awaiting Crucius decals or custom decals if they are not forthcoming from Forge World. 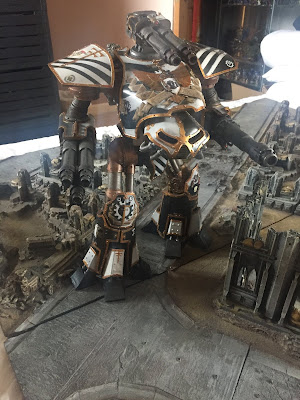 All the armour plates added and completed apart from the final highlight and a wash on the shields and AA turrets. The head is in place, and the weapons are all added and magnetised for the future swap opportunities. 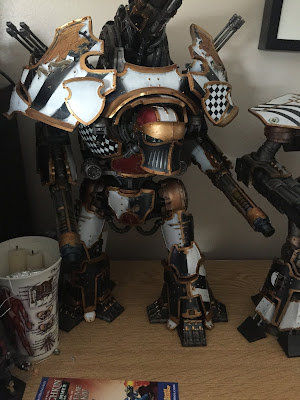 I've made steady progress with all the armour plates, and am currently waiting for my black spray to arrive to complete the body armour pieces. I am around half way with the weapons, with details needed to finish as well as the plasma glow.

The Head has had the holes added for LED's I will be using a combination of 1mm, 2mm and 3mm lights. I am still not sure whether I will stick with the same colour, white as the other Titan's, or red, or a mixture. 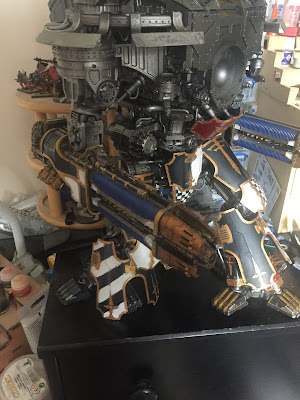 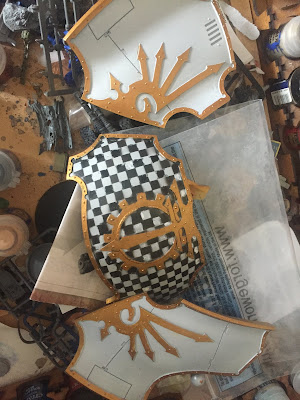 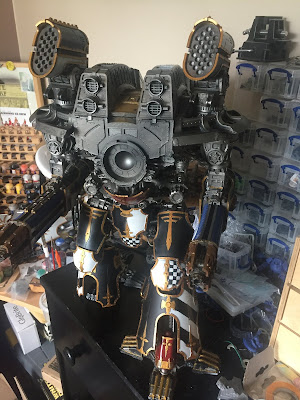 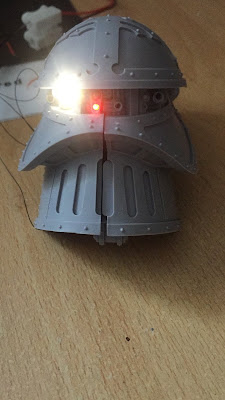 The Titan Maniple is slowly coming together. 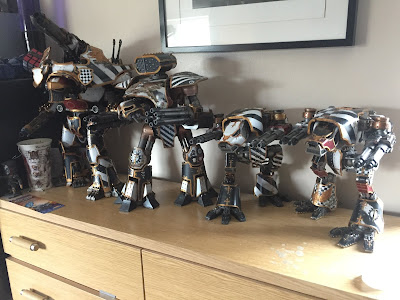 Thank you for stopping by! LH