The growing Daemon force is added to this week with the addition of the Kytan Daemon Engine! 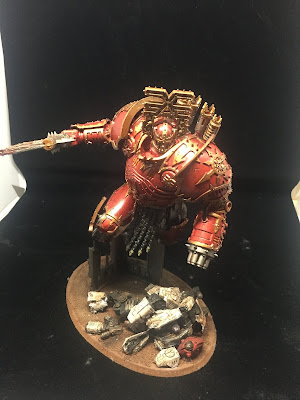 This model I decided to pose mid-fight, with the model jumping between combat. The left leg is pinned into the base to support the pose. The arms, weapons and head have been angled to support the motion of the model. The two shoulder pauldrons were slightly angled to further add to the movement of the model.

The original pose I thought didn't add anything to the model as was very static in a model that should have a lot of motion in it. 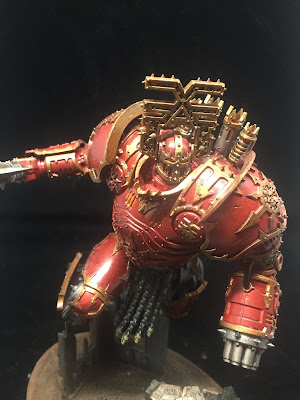 I've modelled a dead T'au Ghostkeel to the base, using a similar scheme to the T'au forces I might be going up against... (Cheeky, Siph). The model was hacked and re-posed into a crumpled, dead position as if the Kytan has just smashed the Ghostkeel in two! The Chaos Gods care not for stealth trickery. 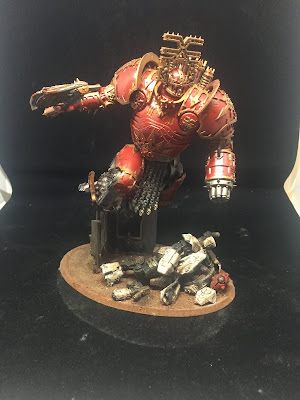 The model had a metallic red base, with the edges painted in brass - very Khorne like! with then a good coating of Blood for the blood god over the axe head. 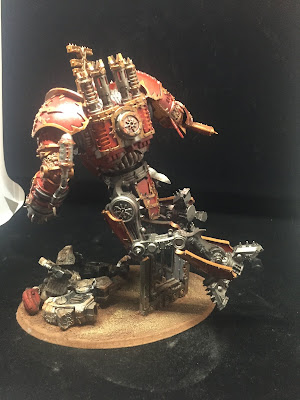 The spaces within the torso and eyes were painted a bright Orange - to represent the fires of Khorne burning inside! 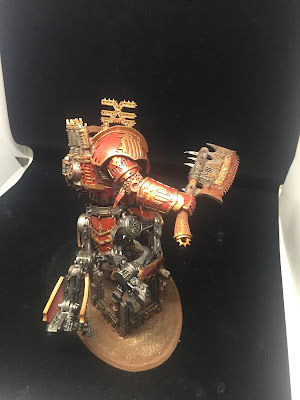 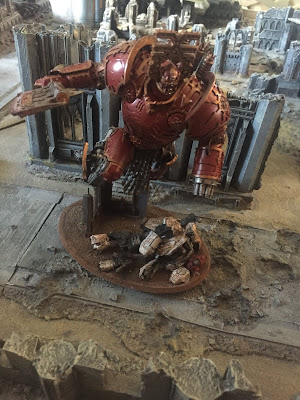