Getting Ready for the return of Necromunda 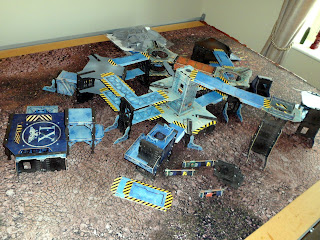 A little time ago GW announced that Necromunda was returning, showcasing new minis for familiar (to us Longbeards) return of Clan Escher, Clan Goliath and the announcement that rules will allow for vertical expansion like the original - the new board looks like Zone Mortalis low level underhive stuff but single level like a board game. 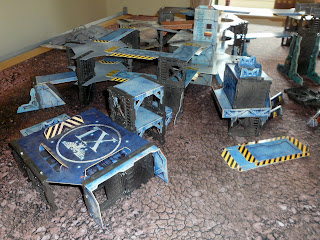 So I rooted through the games room and got out what I already have, a full set of Necromunda terrain and an Imperial Firebase kit which blends nicely with the hive kits - it could easily be an Adeptus Arbites Precinct. 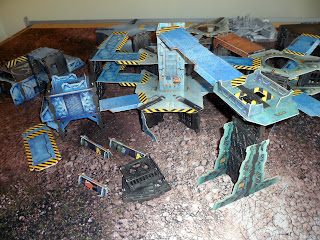 I sprayed the bulkheads Leadbelcher and Chaos Black for simple shadowing, and sprayed the few carboard cutouts I had made in the past, to add to the number of buildings and possibilities. 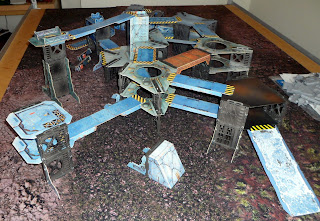 I also had made a ramp to the upper levels including polystyrene grip surface so models do not slip on it - I was a creative sort, lol. 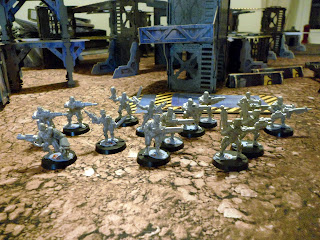 So, I've posted these before, but I have a great selection of gangs to use. My housemates of 20yrs ago played Necromunda with me so I have Big Stu's Van Saar Gang.

My mate Allandt's Delaques. This is the first gang I think I will paint up with modern scheme and basing - as modern as 'matrix' style long black coats can be :) I like the pale flesh, these could easily be Genestealer Infested Cult Members! 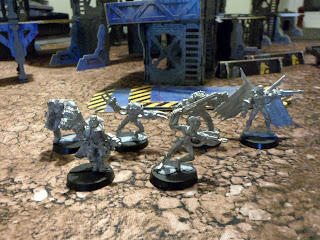 Not sure if the new rule set and fluff will include these Noble House Spyrers and a Gunslinger. 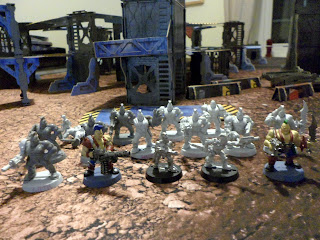 The original game came with the House Goliath gang which was my gang, I still have the gang roster sheets too.  I hope the new rule sets allow Gang development with flesh wounds and upgrades etc. 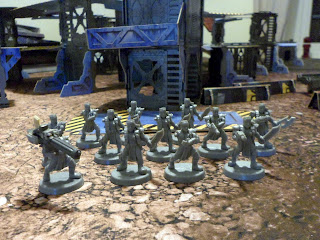 And finally Jay's House Orlock Gang. Love the converted Adeptus Titanicus Gatling Blaster as a Heavy Weapon! I do remember converting that using a spare RTB01 Bolter magazine and some gubbins.
Posted by Siph_Horridus