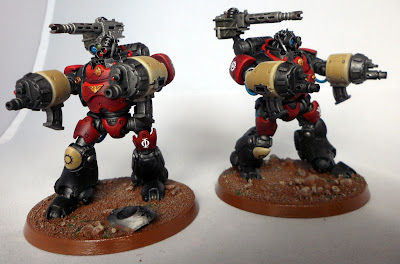 Hello Readers, thanks for dropping in. Here is my latest addition to the Adeptus Mechanicus Cult Mechanicum forces, two more Kastelan Robots. The first pair of robots I have are armed with Power Fists, but this time I wanted some shooty robots, what the Mechanicum do well is Heavy Phosphor Blasters! Three Shots, S6, AP3, 36in and same again with Twin Linked. 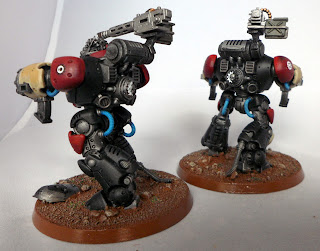 I went of a darker scheme than the first two done by blogger buddy Mordian7th, but the blue power cables and tan sections will tie them in with the other pair. I don't like the heads that GW provides, they look too much like helmets with visors from Lost In Space.... "Danger Danger Robinson Family"... these heads are from Wargame Exclusive dot com. 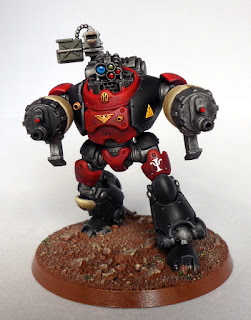 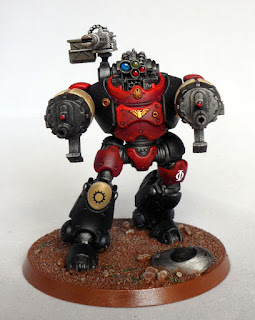 So nice, I did the same pose twice! 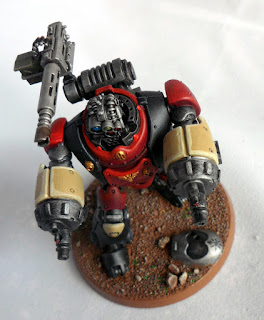 On the base I used one of the face plates that I don't like, and shot two holes through it and added a Chaos Star... heretic scum Dark Mechanicus... 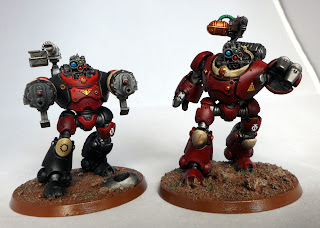 Here is one next to the original robots painted by blogger buddy Mordian7th. 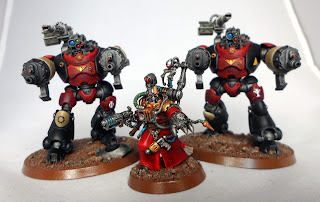 And finally, a shot of the Robot Maniple with their Datasmith. Thanks for dropping by, cheers, Siph.
Posted by Siph_Horridus