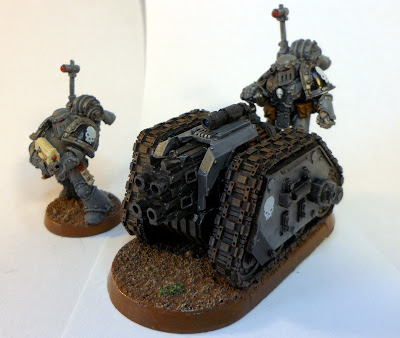 I finally got to finish the crewman for my first Rapier Gun Carriage. This one is the FW Heavy Bolter version. 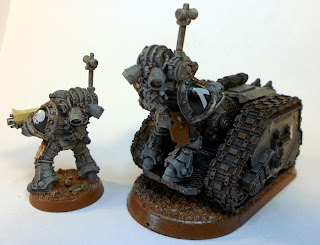 I used one of the members of my Devastator Squad as the second crewman, thinking ahead, I didn't want four identical pointing crewman for all the battery. The base is a resin wide-bike base made from a 40mm base cut in half and a square 40mm spacer in the middle. 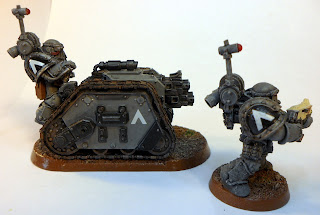 I gave the crewman a new FW backpack and swopped the FW crewman into the Devastator Squad as a 'corporal', directing fire with his pointing arm. 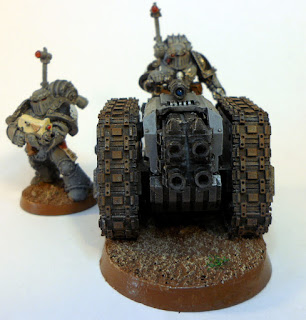 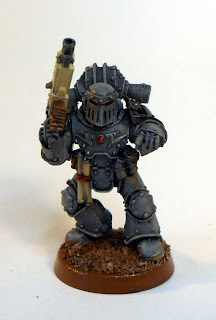 Here's the newest member of my Devastator Squad. 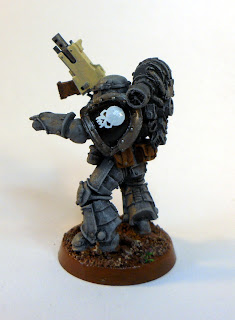 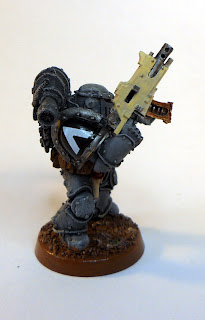 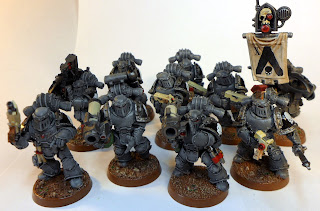 And here he is with the rest of the Squad!
Posted by Siph_Horridus