Hi everyone. Todays’ offering is my Iron Warriors Terminator squad. These guys have been on my mind for a while – I knew I wanted some Termis, but the CSM ones just didn’t fit with the image of my army in my head (they are too spiky/skull-y...). Really, there was only one option – go pre-Heresy!!! Not only do they fit into my army aesthetically, but also fit the fluff in my head that the best-of-the-best of the army are veterans from the Heresy era (like my Havocs). 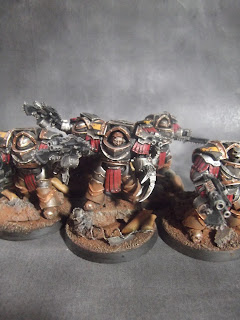 After hunting through Forgeworld's Terminator offerings, I decided on the Cataphractii Termis, as their armour has no Imperial sigils that would need to be removed and they compliment nicely with my MkIII armoured marines. Obviously they also needed the Cataphractii Power Fist set and I picked up the Cataphractii Special Weapons set for the twin-Autocannon (Reaper), modular combi-bolters (why aren’t they all like this???) and the few other bits that I will no doubt be able to use elsewhere. Trust me – these Termis were not cheap, so I am expecting a significant payoff from my investment...lol. 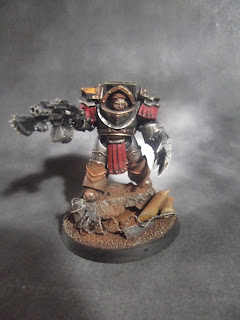 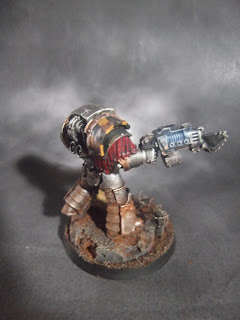 I did experiment with press-moulding the IW symbol from the IW shoulder-pads onto the Cataphractii shoulder pads, but their staggered build meant there wasn’t enough room. 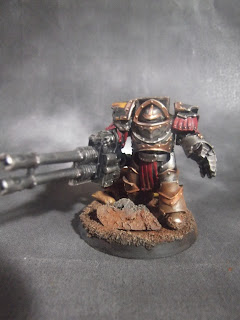 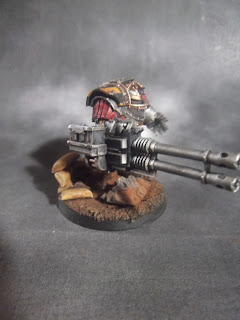 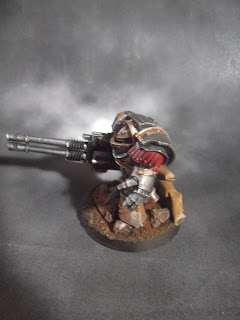 I went with pretty straightforward Termi loadouts – I think I will be deepstriking them a lot in my current army, so there is a Reaper Autocannon, combi-Plasma and combi-Melta in there for shooting punishment on the turn they arrive. The Champion has a Lightning Claw for challenges and not having to swing last (I am hoping it will be enough to kill some Space Marines and force failed saves on Termis) and the rest have Power Fists and Chain Fists for heavy lifting. 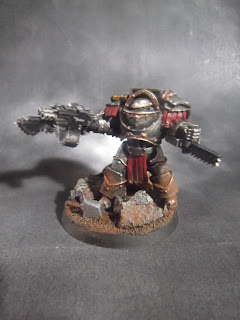 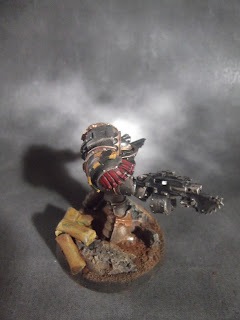 The models were painted up the same way as the rest of the army and I went for red tassely bits to match the red robes/capes that are on a few of my other models. They don't look particularly Iron Warrior-y on their own, but when mixed in with the rest of the army they fit in nicely. 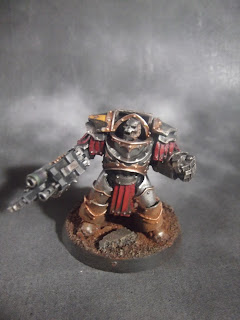 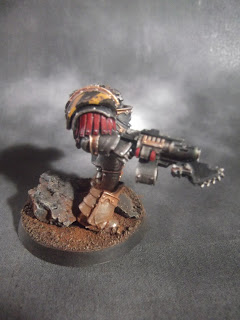 I love these models (although they aren’t the easiest to build – for some reason they just didn’t want to stick together with my normal superglue, so ended up being entirely pinned) and didn’t want to do much conversion to them; in the end the only thing I did was swap out one of the Termi heads for one of my 3rd party ones with a metal-skull face plate, which helps Chaos-y them up a little. 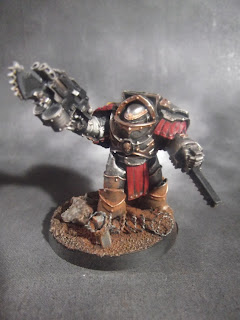 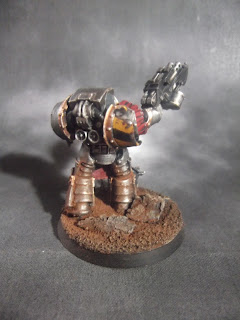