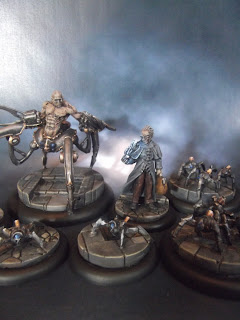 Last weekend I had nothing particularly exciting planned and wanted an excuse to pick up some new toys, so I decided to set myself a challenge and have a mini painting project. 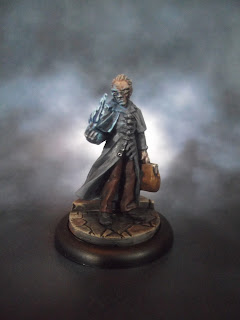 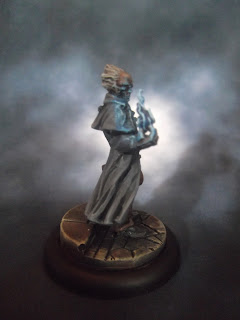 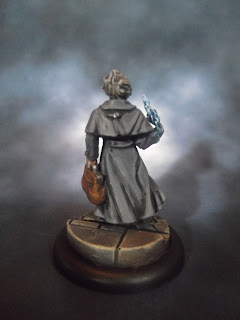 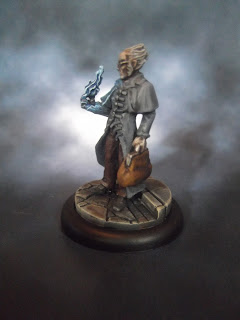 I wanted something that I could “finish” in a weekend but would still be a nice challenge. After some extended browsing I picked the Malifaux Ramos crew; a magic and construct controlling Master with a crew of mechanical-arachnid nasties. 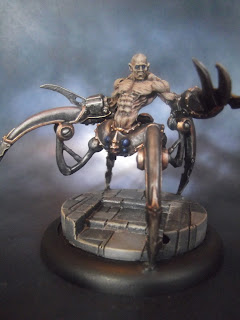 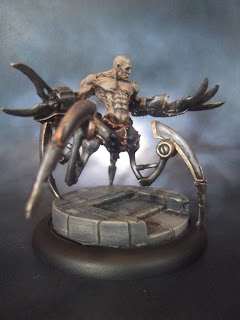 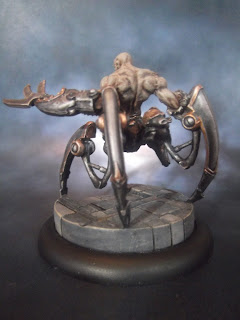 Admittedly, these were some of the fiddliest metal models I have ever had the displeasure of building. They are all mounted on some nice Victorian-street themed resin bases I had lying around from a recent painting comp. 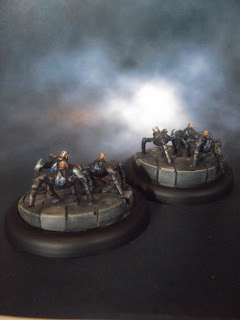 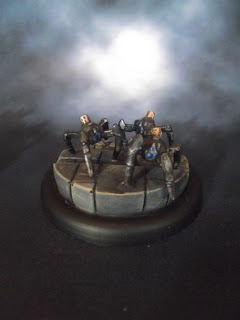 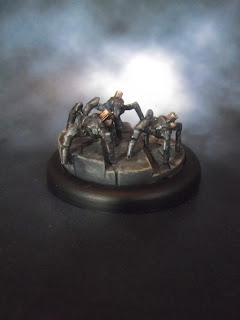 For once, I decided on a colour theme in advanced and went for blues and greys; which fits the idea of mechanical constructs and electrical fire. To keep with the theme and to make them feel cold and mechanical I mixed greys in with the flesh tones and used thin blue washes on the metallics. 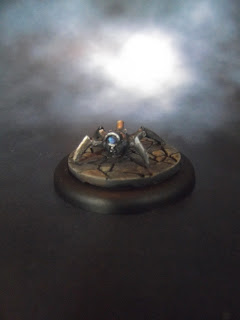 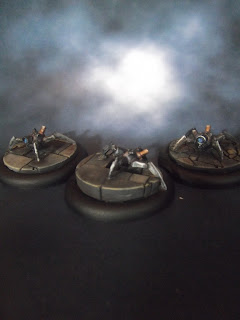 Overall, it was a fun mini project and I think I only need to add a Brass Arachnid and Electrical Construct to make them complete. I might do this again on quiet weekends.
Posted by the 6th degree