Finally – some 40K!!! Ok, I’ve has this conversion sat around for about 3 months now in various stages of build and painting... I got two sets of the Chaos figures from Dark Vengeance and despite liking the Hellbrute, its not overly Iron Warrior-y and I’m not a fan of having two exact poses for such big models. 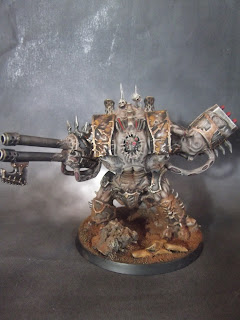 Looking through the codex, I think it is obvious the best ranged build is the Autocannon and Missile launchers, so I set about building it (hence Dakkabrute).

Rather than keeping the same pose though, I tried to change things up a bit, so separated the model at the waist (to make it stand at a different angle) and both arms (to try and make it more dynamic). 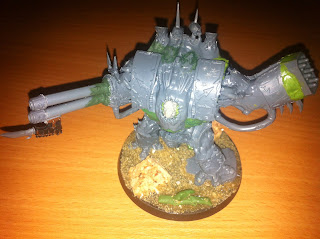 I also removed the toothed breastplate (?) and swapped the head out for a bionic one. A few of the horns from the top got lopped off and replaced by trophy spikes. 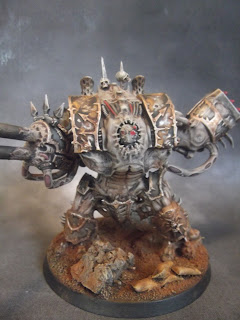 The Autocannon was a relatively easy conversion; the multimelta barrels got snipped off and glued on to pieces of plastic tubing, which were then mounted in the multimelta holes in the arm. Annoyingly, one of the tips is wonky - which I didn't spot until after it was painted... 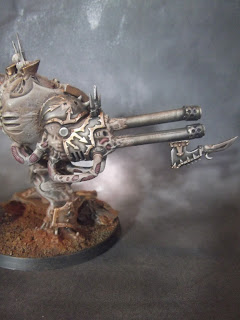 To match the Terminator Reaper Autocannon, a close combat blade was attached to the end (a chainaxe and bayonet). 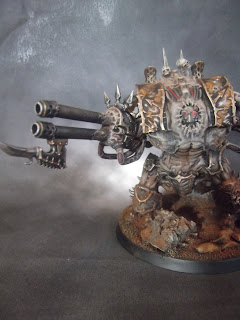 For the missile launcher, the power fist was removed and replaced wholesale by a missile pod from a Landspeeder. 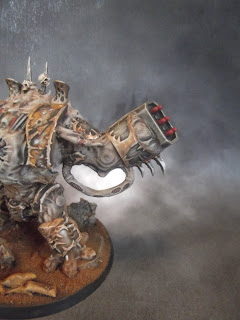 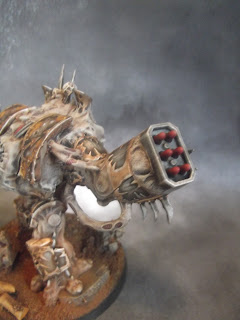 Lots of greenstuffing was done to make the model fit back together again and try and give it an organic look where possible. 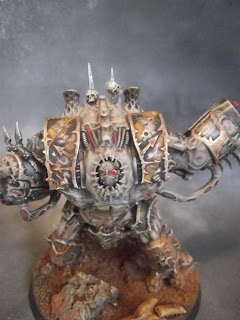 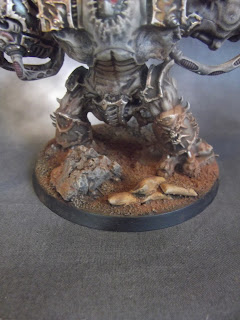 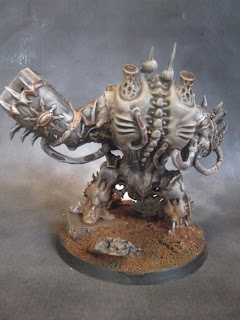 The Dakkabrute was then painted up to match the other one (I now have a daylight bulb - which is why these pics are brighter) although if I am honest, I’m not completely happy with how this one came out...maybe its the expanse of flesh compared with the other Hellbrute, the photos or the fact that I finished it piecemeal...but it doesn’t quite sit right with me.
Posted by the 6th degree