For the release of 6th Edition on the 30th June, my local GW had planned a massive flyer's battle.

The objective was simple enough- for the Imperial Thunderhawk gunship to make it across the board- for the opposition, to take it down.

I had control of the T-hawk, along with my Ceastus Ram acting as escort. 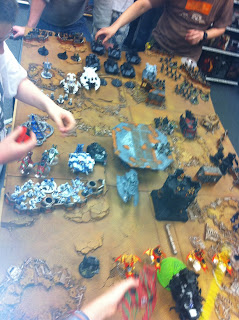 The battle was pretty intense, with lots of players, all with various flyer's and vehicles/troops etc. 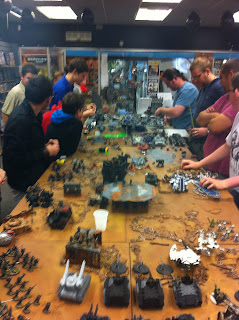 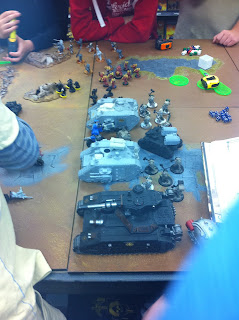 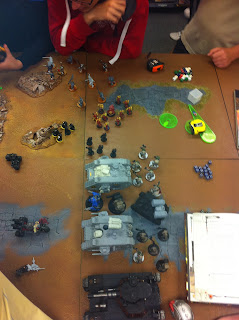 The new rules were pretty easy to take on board, and implement into the game. 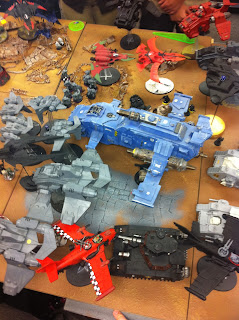 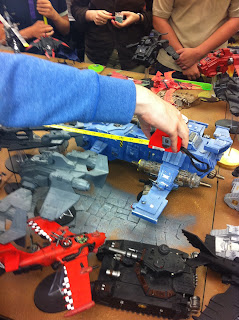 The game finished with the T-hawk surviving, but only making it half way across the board (we limited the movement it could make) the issue was the weight in numbers of flyer's! however it was pretty cool to see various fighta jets getting blown out of the skies by combined fire from 7 talon's and the T-hawk! 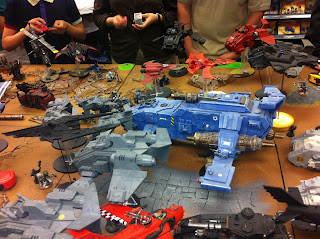 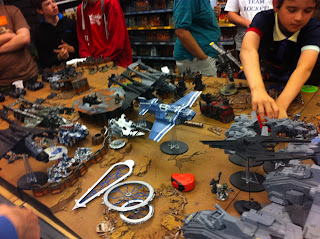 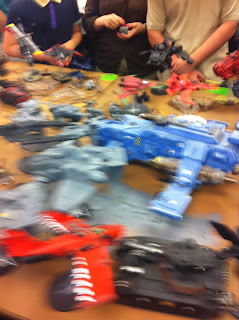