Judging from the number of completed model posts I have up on here, you would assume that I have only finished about 6 models in my ‘Nid army since I started playing 40K again back in August 2010… The truth is, I have now got over 3000pts of painted ‘Nids and around another 1000pts still to go (this could drastically increase if the rumours of a ‘Nid 2nd wave in March are true). The problem is that I am just crap at getting round to taking photos.

I primarily put this down to Blog Wars and the fact that I’ve had to paint up nearly 1000pts of models in 3 weeks before both tournaments and have been burned out after and ended up packing the models away for a month or two (and subsequently forget to take any pics).

So I thought I would post a few pics of some of the bigger pieces in my army:

First up the Trygon. I painted this about 9 months ago so my painting has improved a bit in the time. I need another one or two of these and although the model is nice, I don’t want three identical versions, so expect to see some conversions soon. 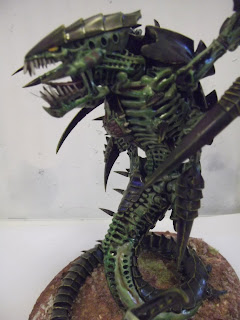 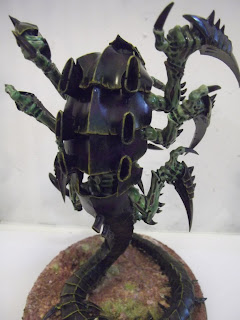 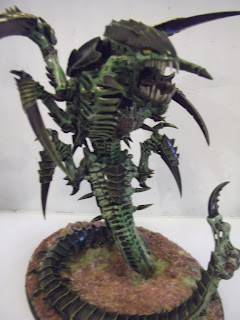 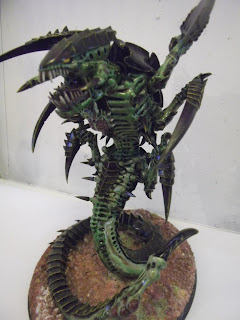 Next up we have my 2nd Tervigon, which I converted about 6 months ago. I really think my converting and painting has started to develop since I made my first one. 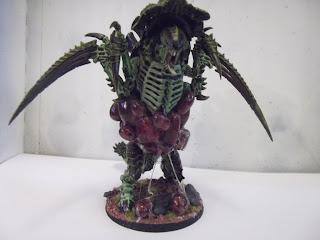 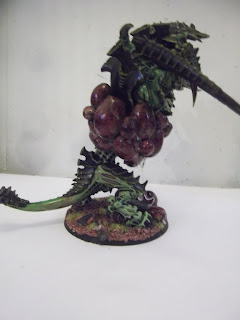 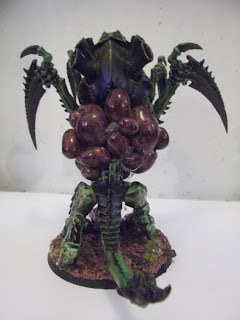 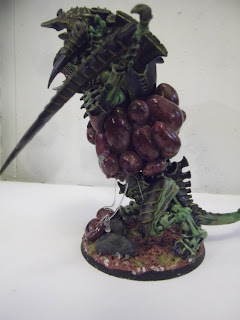 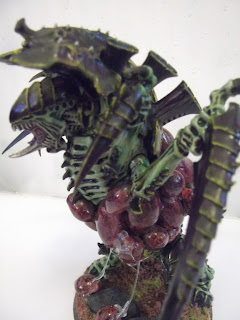 And finally we have the Swarmlord that you may have seen unpainted in previous posts about 3 months ago. I really like this guy; loads of work went into the conversion and it has resulted in a pretty unique model. The Rippers on the base are magnetised to act as wound counters. 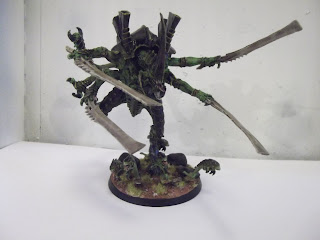 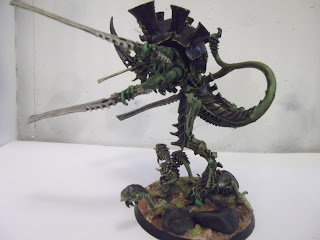 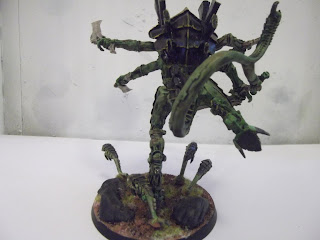 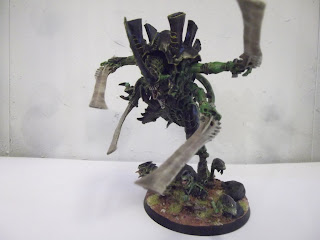 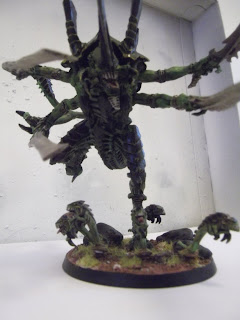