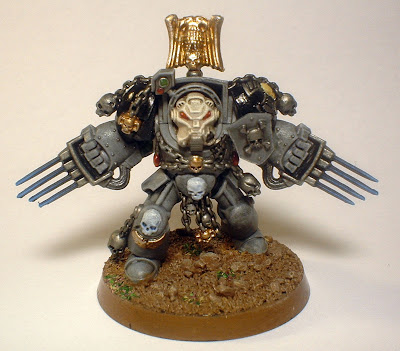 Remember this Space Hulk Terminator here. Well I've finished him, he will be the Sergeant for my second squad of Assault Terminators. Unlike the first squad, these will have Lightning Claws for all those +1 attacks for two weapons and re-roll failed to wounds. Then I can mix them up for survivability and killing power. 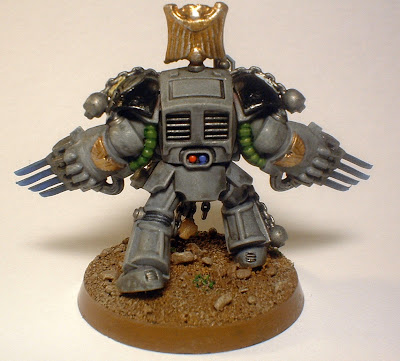 I removed all the Blood Drops with the exception of two front gems and added skulls on the waistband and groin chains. Added an Aquila emblem on top as banners on assault troop Sergeants are stoopid, greenstuffed the damage away from his Pauldron, left Leg and left Lightning Claw but left a bit of damage on the chest and face plate plus a scratch on the right leg for character. Added a small shield too as my other Assault Terminators have them. 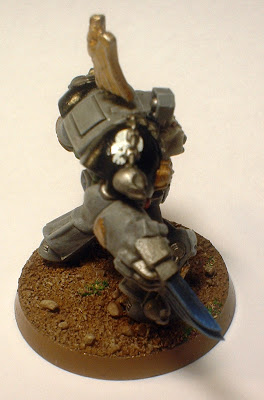 Think I've found a method for Power Weapons i like and is simple enough to paint, so will go back to re-do the few Power Weapons i've done so far. Regal Blue, Badab Wash x2, Regal Blue/Skull White gradual highlight. The transfer was darn fiddly though, but i think came out well enough.
Posted by Siph_Horridus