Hi all – I recently had a friendly against regular Tau opponent (FishInABox), so I thought it was a great opportunity to put my hand to my first Battle Report. 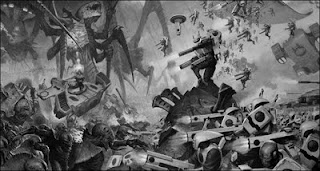