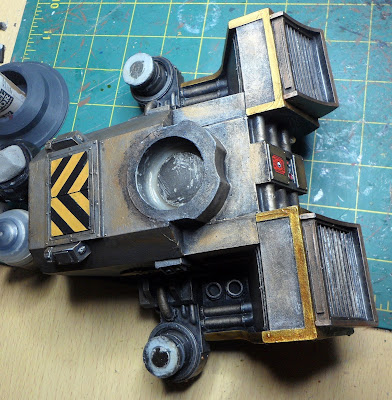 Hello Titanseers, thanks for dropping by. I have continued to work on the second hand Warhound Titan, my "Canis Victrix". I finished the torso, repainted the armour and trim and finished detailing the insides. Above you can see the 10mm rod magnets in the arms, the arms are glued and pinned in place. I was rather pleased with my neat chevrons on the elevator/entry hatch.
You can also see the magnet in the waist socket firmly glued in, I decided not to replace this one, the socket and existing magnet provide enough force and friction to hold the torso firmly on the waist without movement. 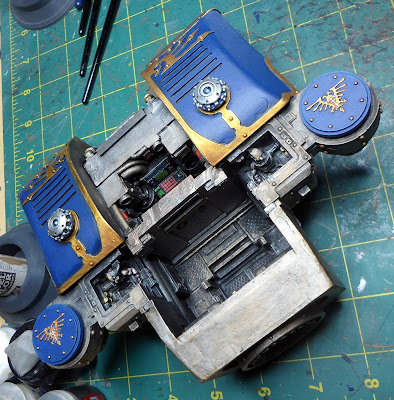 Inside the internal bulkhead to the reactor compartment was fitted and the details finished off. The original owner had made a start but the details like purity seals, gold work, screens etc needed doing. 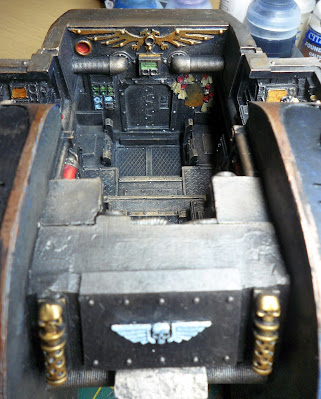 Here is a closer pict capture before the internal bulkhead was fitted. The missing array of vents /exhausts on the rear of the carapace in-between the Armour panels was replaced with an armoured sheet from an IG vehicle and two 'exhausts' from the Cities of Death buildings frames. 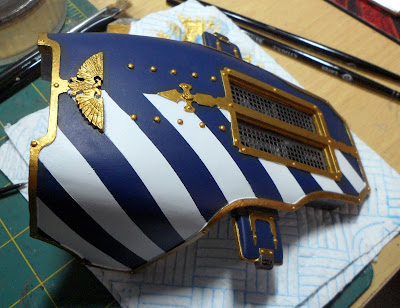 The armour trim was given two coats of Vallejo Brass and the stripes tidied up where the paint had bled on the tape edges. 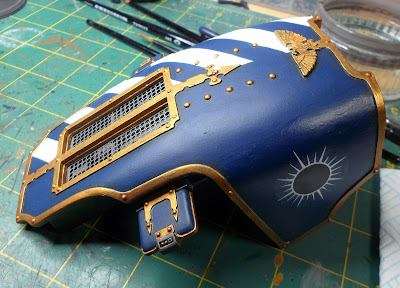 The Armour Trim was washed with Reikland Fleshshade and Astorum decal applied, and gloss coated for protection - this will get a further lacquer coat later so the decal edges won't be so visible. 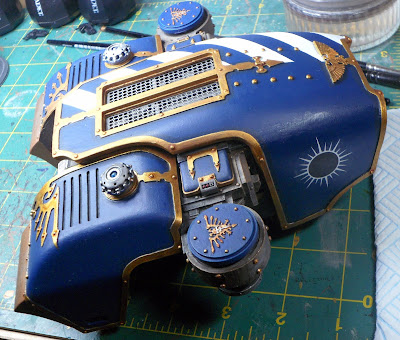 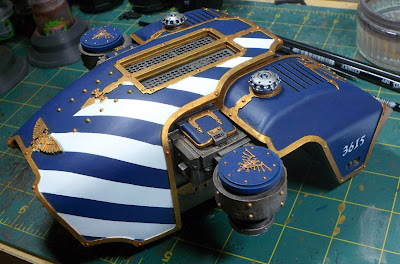 Proudly displaying the Certificate of Authenticity number No.3615 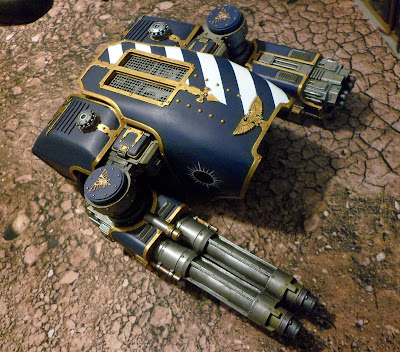 And lastly where I have got up to, the main bulk of the titan is completed, but I still have the Head Unit, Inferno Cannon, Legs and Base to do, so about halfway for sure.
Thanks for dropping in to check my progress, cheers, Siph.
Posted by Siph_Horridus