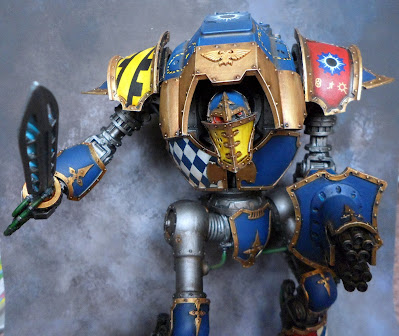 Hello All, thanks for dropping by. I've added to my Knight Banner - the Vassal Knights of Legio Astorum ranks have now swelled with the addition of a Cerastus Knight from Forge World, a Castigator. Meet Sir Geraint riding Cerastus Castigator 'Heretics Bane'. 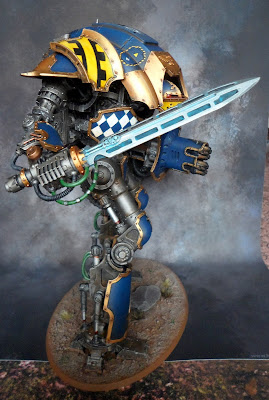 This was an eBay purchase, the previous owner had done a decent job, I just brightened up the blue panels leaving weathering in the recesses, painted a few red panels back to blue, re-did some trim, added detailing like dials and LEDs and painted some cables, pistons etc. 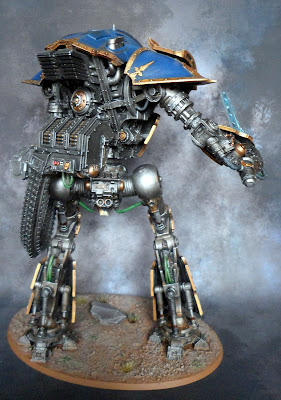 The groin power couplings were missing so I added some cables from a Necron Night Scythe kit in the ports between leg and groin. I added some slate to the base and repainted the base to match my own forces, and added some tufts. 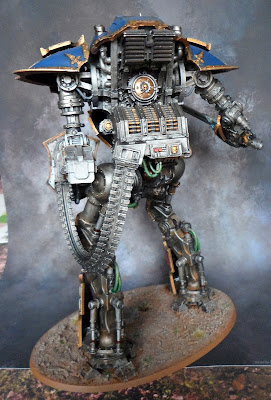 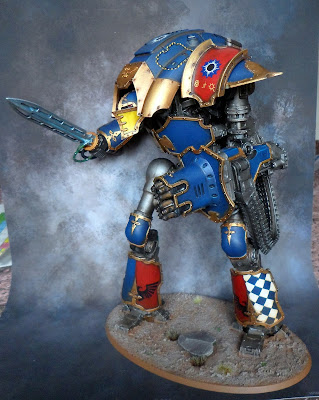 I added the Legio Astorum decals and the Aquila details to the shins, the cheques were done already I just did some tidying up and repainted the white panels Astorum yellow. 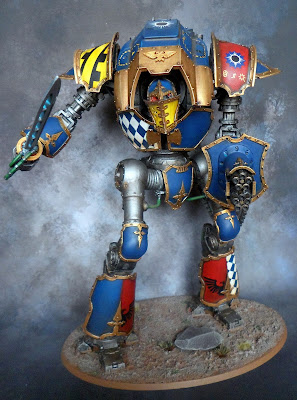 The barrels were painted black and some blue power effects were added to the Sword. 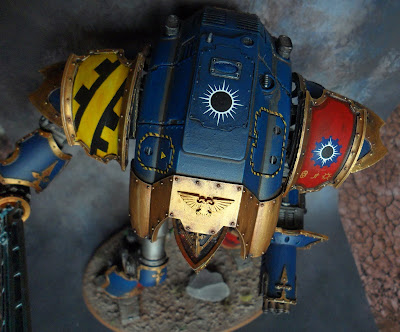 Another Legio Astorum decal finishes off the transformation from perhaps Terryn, to Vassal Knights of Legio Astorum. A nice addition to the Knights force, now quite a few Knight Engines!