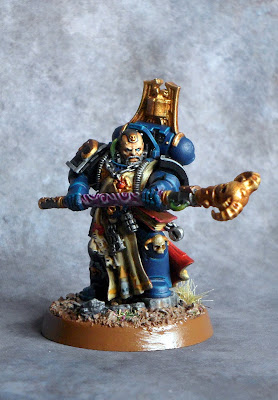 Hello All, thanks for dropping by. The latest in a line of Librarian Psykers, No.9 for the Battle Company if you include Tigurius and the RT-era 4th Company Librarian... I think my Librarius Conclave is now complete (with the exception of newer Battle Brothers who cross the Primaris Rubicon...) 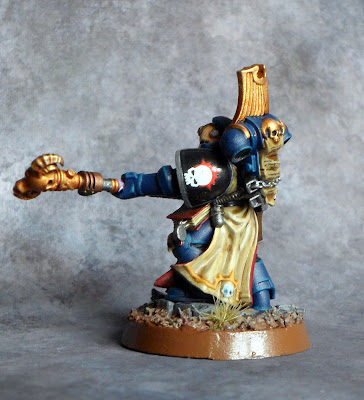 I added a variant of the Command Skull as the Relictor Chapter badge, seemed fitting to have a red halo coming from the skull cranium! I also chose yellow as an accent colour on the tabbard, a throw back to the Insignium Astartes uniforms book states all Librarians wear Blue Armour and Yellow Tabbards. 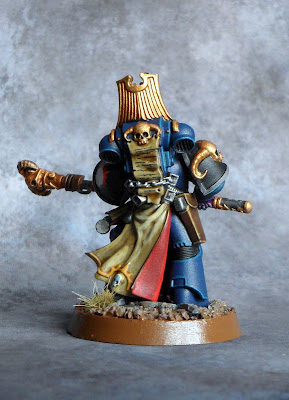 The shoulder Pauldrons are in Relictors Chapter colours, and the scrollwork was picked out in Skeleton Horde contrast. 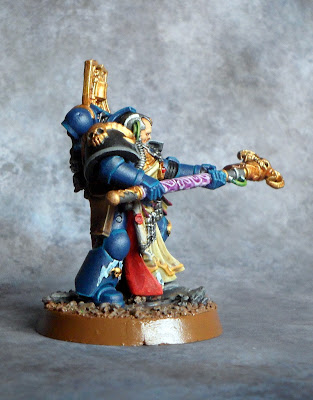 The haft of the Force Stave was again picked out with Magos Purple contrast over an Ulthuan Grey base. Simple and effective looking, love it... I'm tempted to go back and repaint the Force Weapons elsewhere to match... 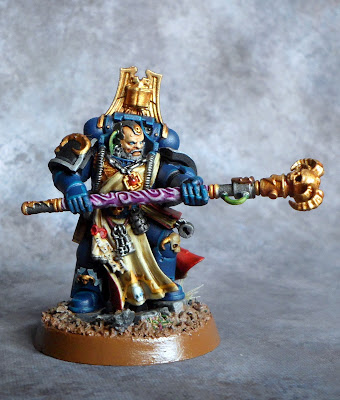 And a shot of the Conclave so far... roll on Primaris Psykers...