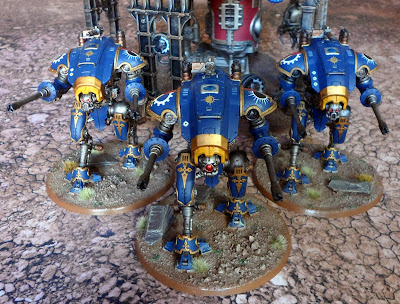 Hello All, thanks for dropping by. A rather nice addition to my Imperial Knights force, my Vassal Knights of Legio Astorum. I am a big fan of Armigers, so naturally I wanted to expand my force of Armigers beyond two Armiger Warglaives with some much needed and longer range firepower. 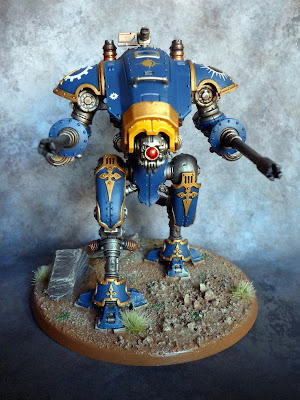 Here is #1, Armiger Helverin 'Knave Luxious' riding 'Fury of Thaemar'. These three follow the same scheme as the first pair, with Astorum Blues and Golds and yellow head cowlings. 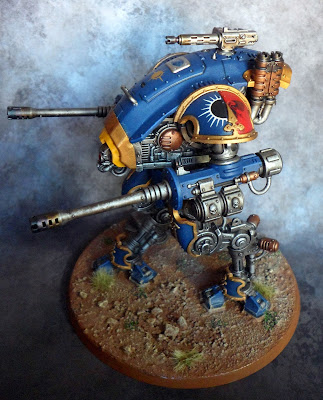 The heraldic halves of the pads are done in a similar way to the larger Knights, with Imperial Aquila's showing their unyielding loyalty to the Emperor. 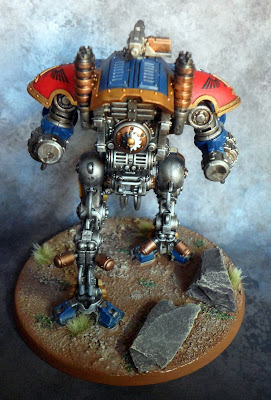 I picked out the Reactor with brass and the black and white cog motif of the Adeptus Mechanicus. 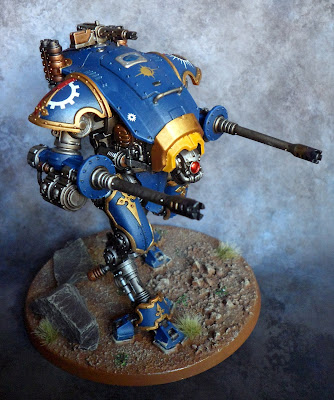 Each Armiger Helverin has a small sunburst halo on the carapace denoting the Engine number, #1, #2 or #3 of the Squadron. I decorated the base with some slate chips to break up the large expanse of sand and PVA. 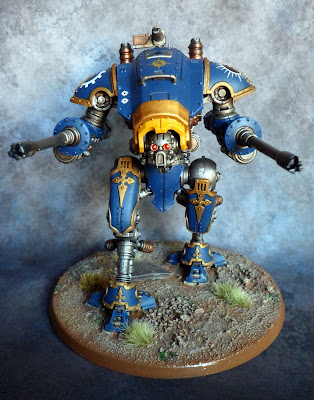 Squadron member, 'Lady Irmaa' riding 'War Strider', No.2 denoted by the two small sunburst halo's on the edge of the carapace. 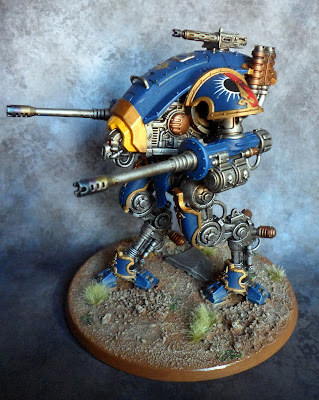 I added heat staining effects to the barrels and stubber up top too. 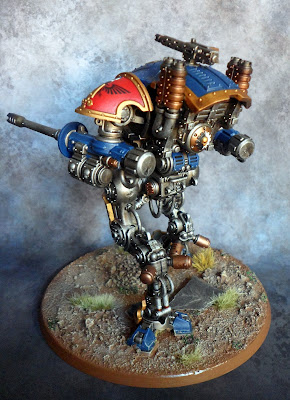 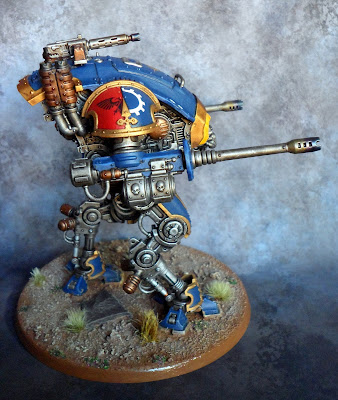 I love the double drum magazines these Armiger Autocannons have, a nice look. 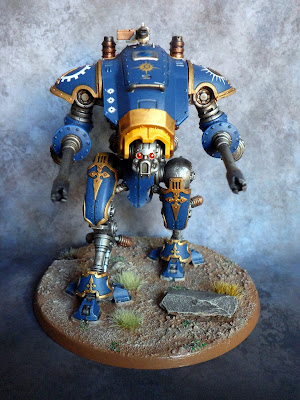 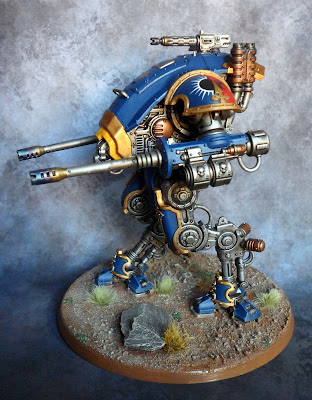 As well as the heat stained barrels I also soot stained the exhausts. 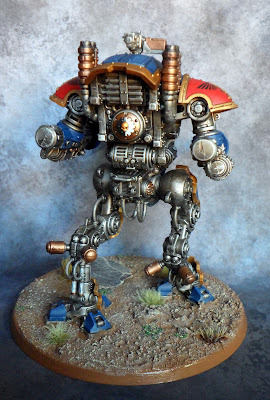 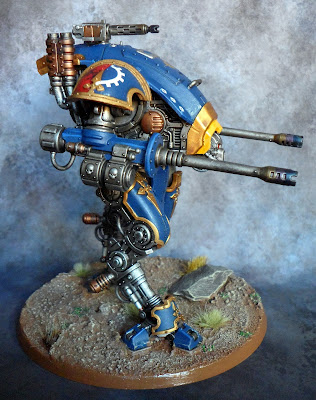 The half cog motif on the shoulder was from the Imperial Armiger transfer sheet. 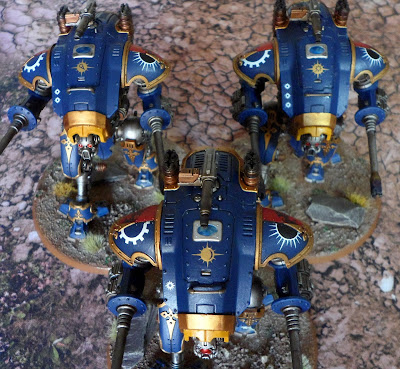 Here is all three showing some unique motifs on the carapace as well as a better look at the heraldic shoulder plates. 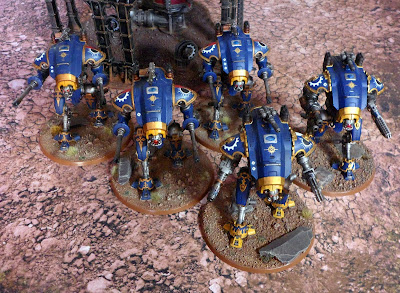 And a nice in battle shot of the Armiger force so far, Helverins for fire support whilst the Warglaives charge the enemies lines. 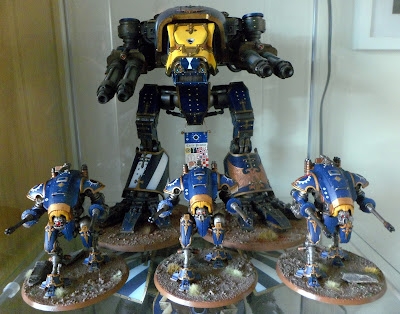 And the Armiger Helverins accompanying their larger Charge, a smaller Titan, a Scout Warhound Titan of the Legio Astorum - that's a lot of firepower in that picture!