So previously I've been working on my Abaddon the Despoiler model, using the Horus model as the body and then parts from the original model added to create this version. 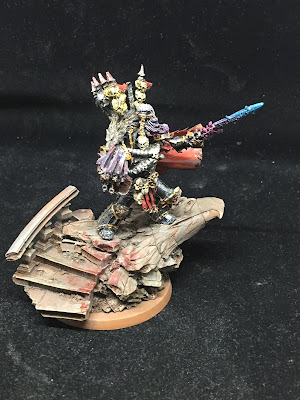 The model was a conversion, (or kitbashing to some..) that I've planned for a while. I really like the size of the Horus model, and felt it was the appropriate size to represent Abaddon in the 'true size' 40k world of today. I also was keen to get the model finished prior to the new model being shown.

The model has had knee pad elements cut from the finecast version, and then had them added to the Horus version using green stuff to fill in any gaps. The 'Waist band' was also added from the original model. These were elements that made the original model I felt. These fit in to get the character right. 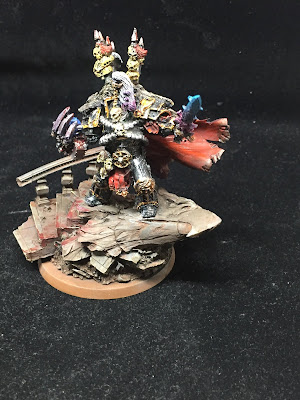 Using green stuff, I built the piping around the Torso, trying to make them big enough, but not too big to take over the head of the model, for which I used the class head. The wires were made with a green stuff roller.

The sword - Drach'nyen is from the original which has been modelled onto Horus' hand, rather than a hand swap- this adds to the model with the angle of sword to the arm. 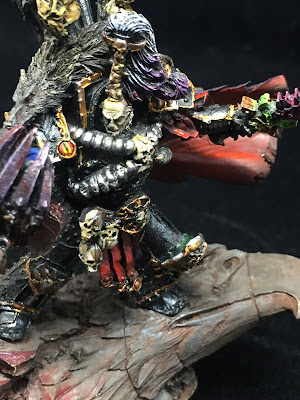 The Talon of Horus is a combination of both models versions with the claws from the original added to the Horus claw. I've also modelled the claw so that it has an Ultramarine Primaris helmet in the claw, about to be crushed as Abaddon looks at it. The helmet is a spare from the Primaris captain model. I've also added the original spikes to the armour, as it needs spikes, I've also modelled an eye of Horus onto the left pauldron with green stuff. 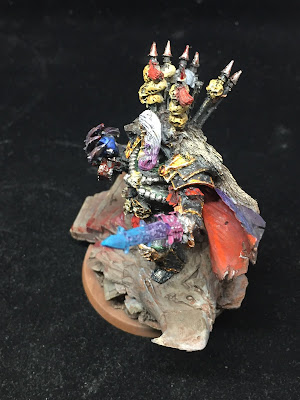 I've used a metallic black for the armour, and then picked out details as seen in images of Abaddon.  The only additional part is the cape, which I feel adds to the feel of the model. I've got for a rich red inner to match the red leather around the waist and pauldrons, and a deep purple exterior 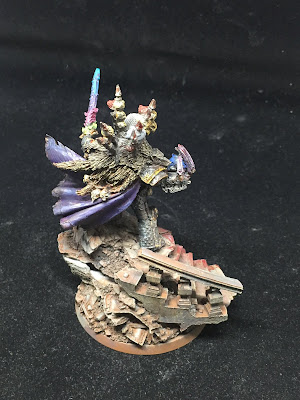 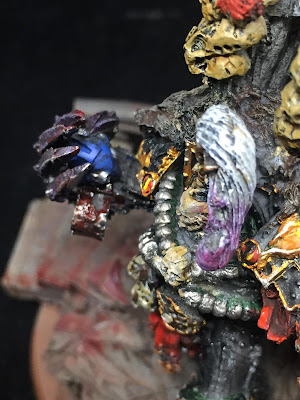 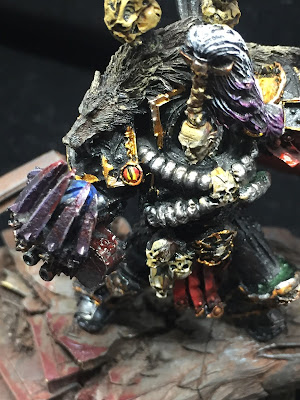 The base was kept to a minimum colour scheme as not to take anything away from the model. 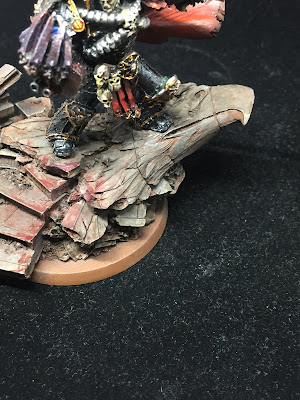 I'm really happy that the model, and the overall look. Its what I was aiming for when I started the project.

Thanks for Looking! Lord Halfpenny

10 points to the annual painting total (any extra for the conversion Siph? :)
Posted by Lord TITANium Halfpenny