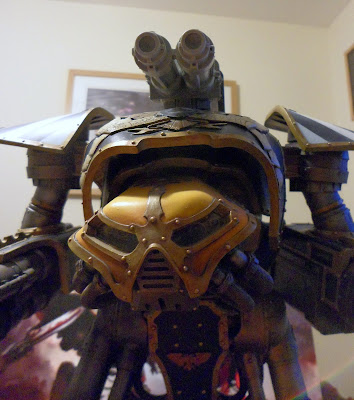 Hello All, thanks for dropping by. So with TitanOwnersClub UK Walk completed I couldn't help notice that the opposing Titans were maxed out for Titan killing with Turbo Laser power - making me feel mighty Honorum Apoc Launcher has a place, but not on the Titan Vs Titan battlefield... so the trusty Tech Adepts have sourced some new firepower. That said, it was the Apoc Launcher that finished off a wounded Warlord, earning Honorum a lovely battle honour - yet to do - I'm thinking crossed axes to denote Warlord kill. 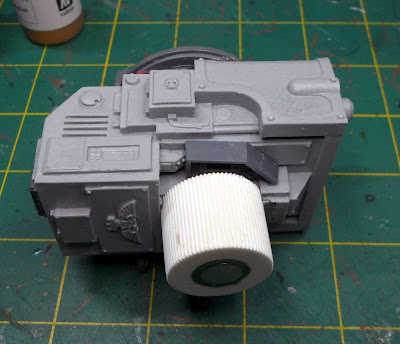 As Titan lovers know, the FW range of Reaver Carapace Weapons does not extend very far at all, however thankfully the "no rules for minis we don't produce" has not reached as far as the FW Imperial Armour Index. The dual Turbo Laser Destructor is a hefty S16, ideal for wounding the T16 Warlord, Reaver triple Laser Blaster are only S10 - so the ideal weapon for the Carapace is a dual Turbo Laser Destructor. The choice was either buy the FW Imperial Primus Redoubt for a pricey sum and sell the board - its weapon was initially designed for the Reaver - or buy a Warhound Laser and convert, for less money I also picked up the Reaver Volcano Cannon too, up-gunning the Gatling Blaster arm.... 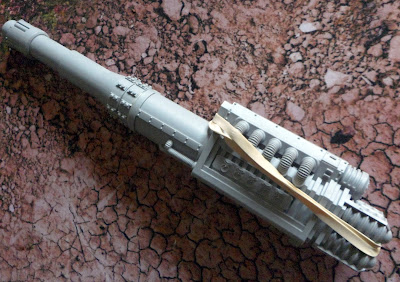 So using a tube cap at the requisite diameter, spare weapon cowlings from a Stormtalon and some greenstuff and a magnet, I fashioned the mounting. 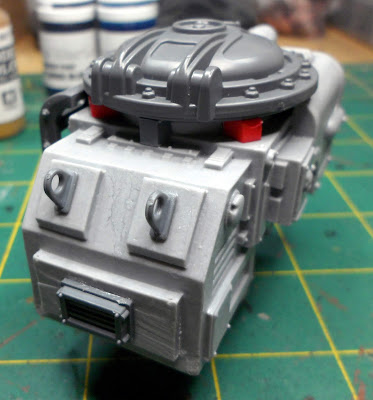 To cover the arm slot on top (for Warhound) I used a spare top of the Galvanic Magnavent as a hatch piece, some range ruler offcuts, some Leman Russ bits and a bit of sprue. 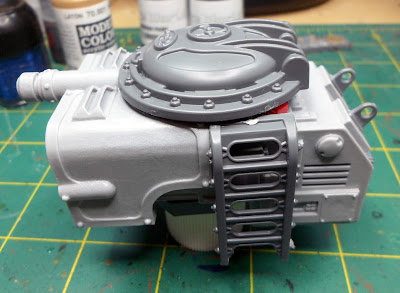 The illusion that this was always here was with the addition of a ladder from the Sector Mechanicus kits, and a functional access to the hatch. 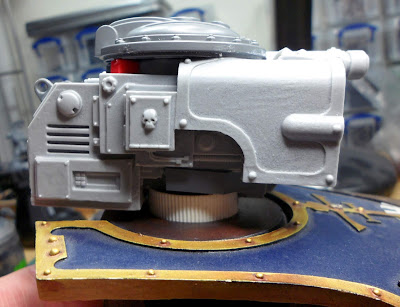 I angled the small cuts on the lid to get a slight downward tilt so the rear would clear the Carapace when rotated, 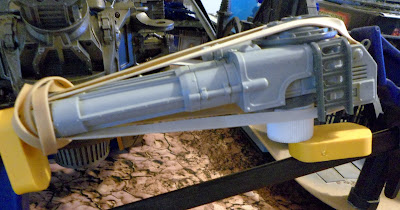 I then constructed the rest of the barrels as normal using JB Weld and some clamps. 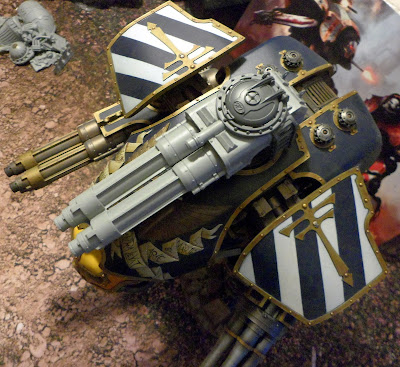 As you can see, it does the job nicely, once painted to match will look the part. I still prefer the Reaver, ahem, I mean Primus Redoubt turret, but that will be for the next Reaver... dual Triple Laser Blasters and dual Turbo Laser Destructors - 8 barrels for Titan slaying like our opposition Lynden P's glorious Engines. 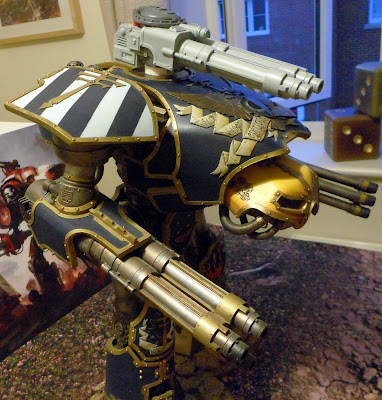 I know, a Titan progress, but wrong Titan...a departure from doing the Warlord which is slowly progressing, but couldn't resist having a play getting a believable Warhound arm as a carapace mount. It should look good enough once painted up.

Hobby Butterfly Syndrome takes me wonderful places, time to get back to the Warlord... perhaps. Cheers, Siph.
Posted by Siph_Horridus