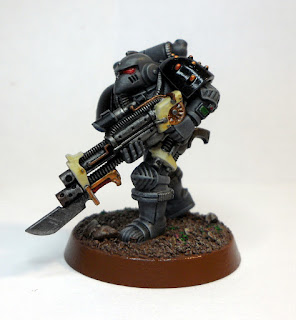 Hello Readers, and if you are enjoying a Bank Holiday like here in the UK, have a nice one! Thanks for dropping in to take a look. Here is my version of the Games Workshop Imperial Space Marine 30th Anniversary miniature, painted to match my Relictors Chapter marines. 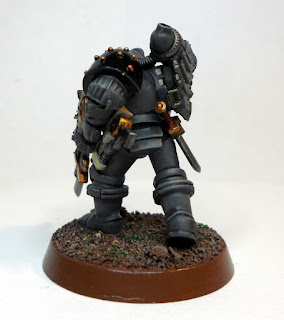 I really enjoyed this model, the design cleverly hides most of the joins and mold lines and the piece has lots of nods to the Original Imperial Marine as you can see below in the comparison shots with LE2 (or later Bolter Number 5). 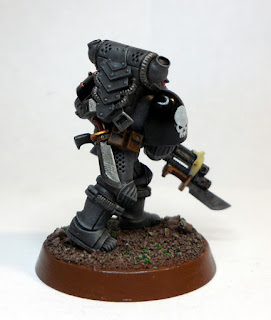 I painted the gloss shoulder pauldrons as usual, but really like the up turned vents on the Power Pack, like the original. There are so many modern details based on the original, the little triangle indicator on the front facing of the power pack, the holes on the thigh, the boots - obviously, the knife and the leather pouches, and of course the disintegration combi-weapon design, pipes and details. 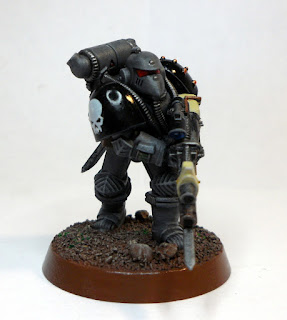 I painted the casing of the weapons to match the accent colour of my Battle Company, otherwise a grey and black scheme can be in danger of looking too moody - which is why some of my Assault Marines are dark and moody. 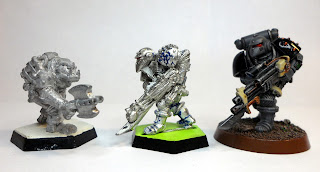 Here is a series of comparison shots, but firstly, a shot of LE1 Space Orc (not Ork.. that came later), LE2 Imperial Marine (not Space Marine, that also came later) and Imperial Space Marine 2016. Enjoy. 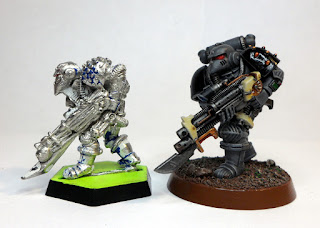 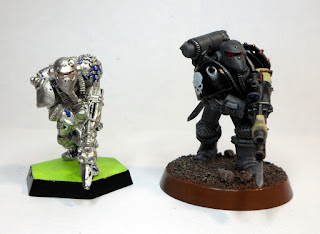 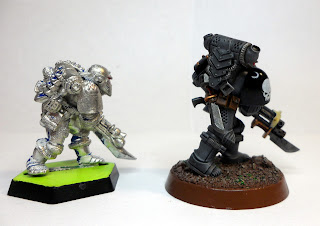 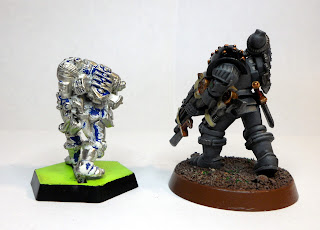 Thanks for dropping in. Cheers, Siph.
Posted by Siph_Horridus