This past weekend saw the Ultramarines of Lord Halfpenny, clash with the Iron Warriors of the6thdegree. This was a battle of the ages- literary, this was the first 1 on 1 we've had since we were teenagers (only a few years then?- LH) The Battle was 2500 points, over my battle board- the battle also saw the use of the new Space Marine codex, along with a few 'additions' (Sorry they are the 'grey marines- didn't have time to paint them.. LH)

The battle lines were set, the Ultramarines, lead by Marneus Calgar including new additions in the form of centurions and a hunter tank, taking on Abbadon and his chaos horde. the6thdegree used his force from BW, with some additional units to make the points up. 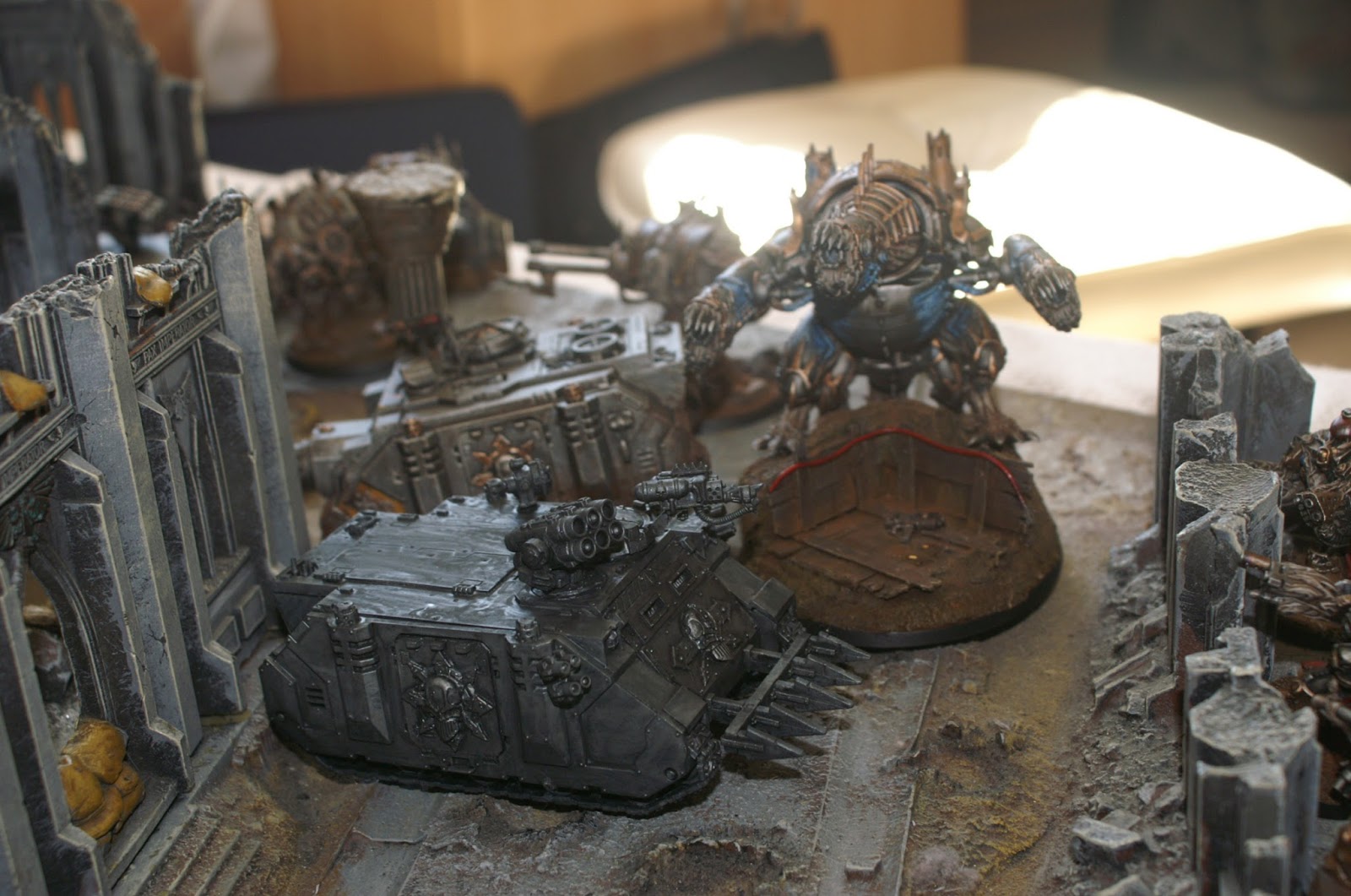 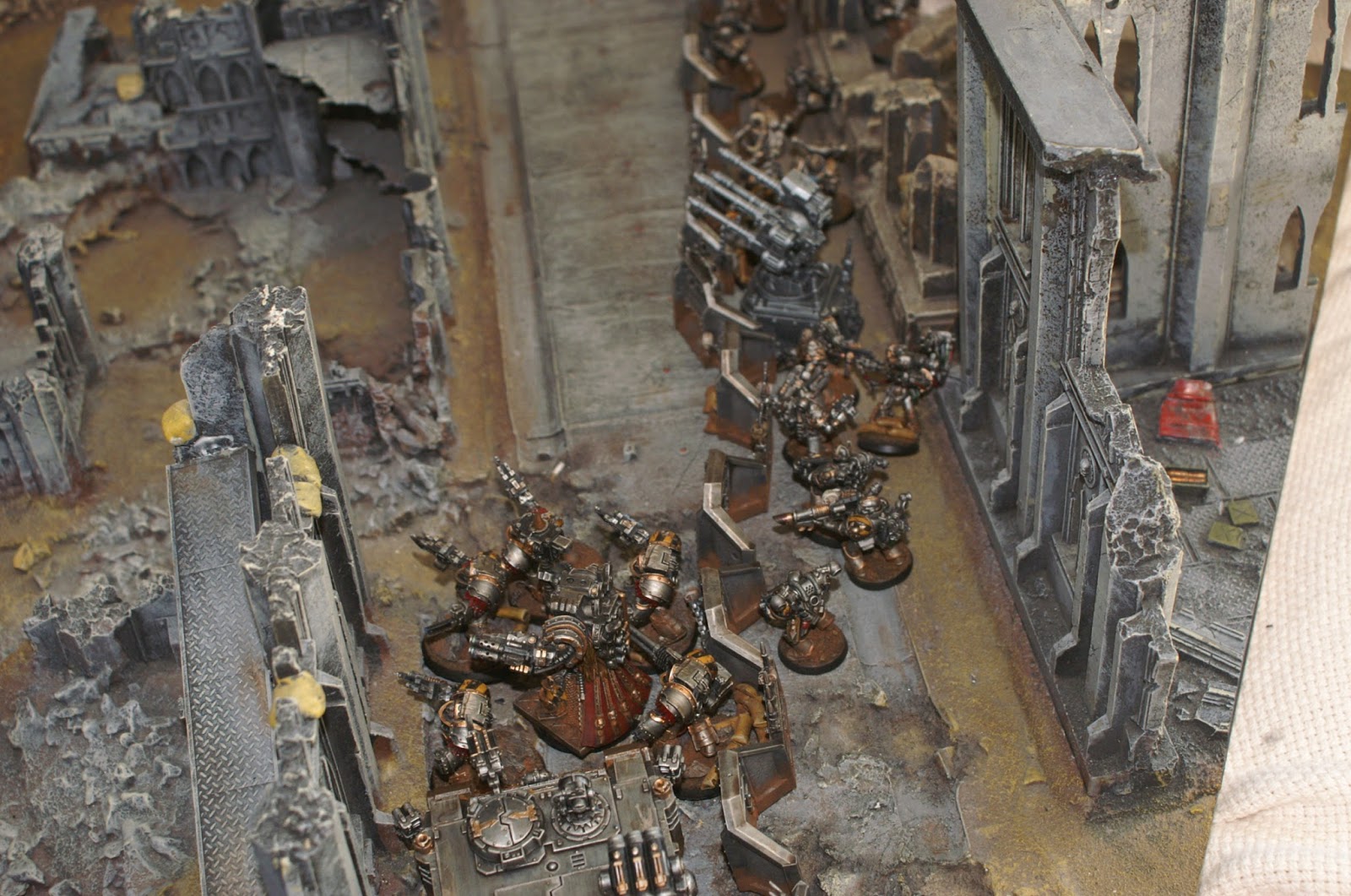 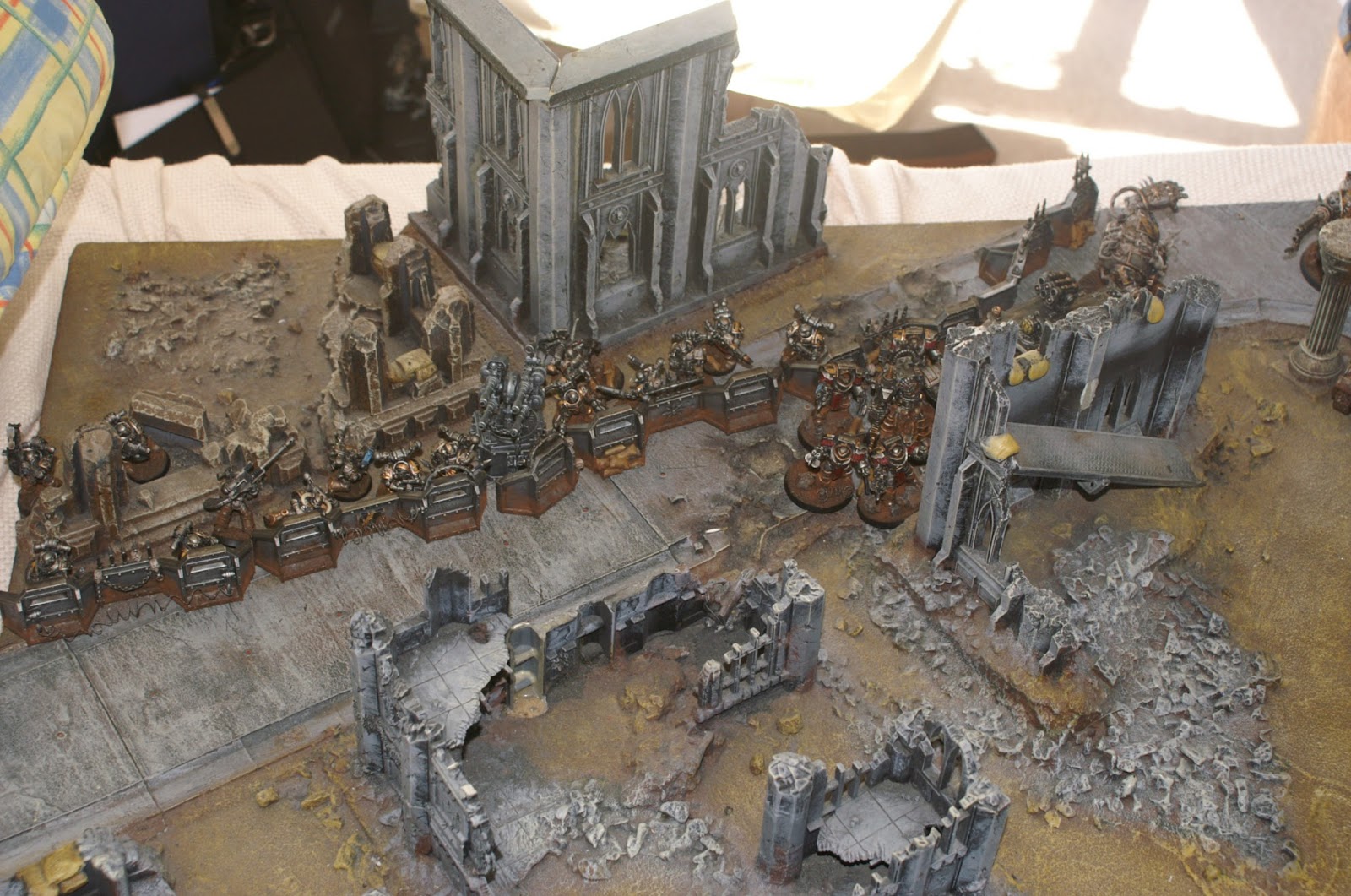 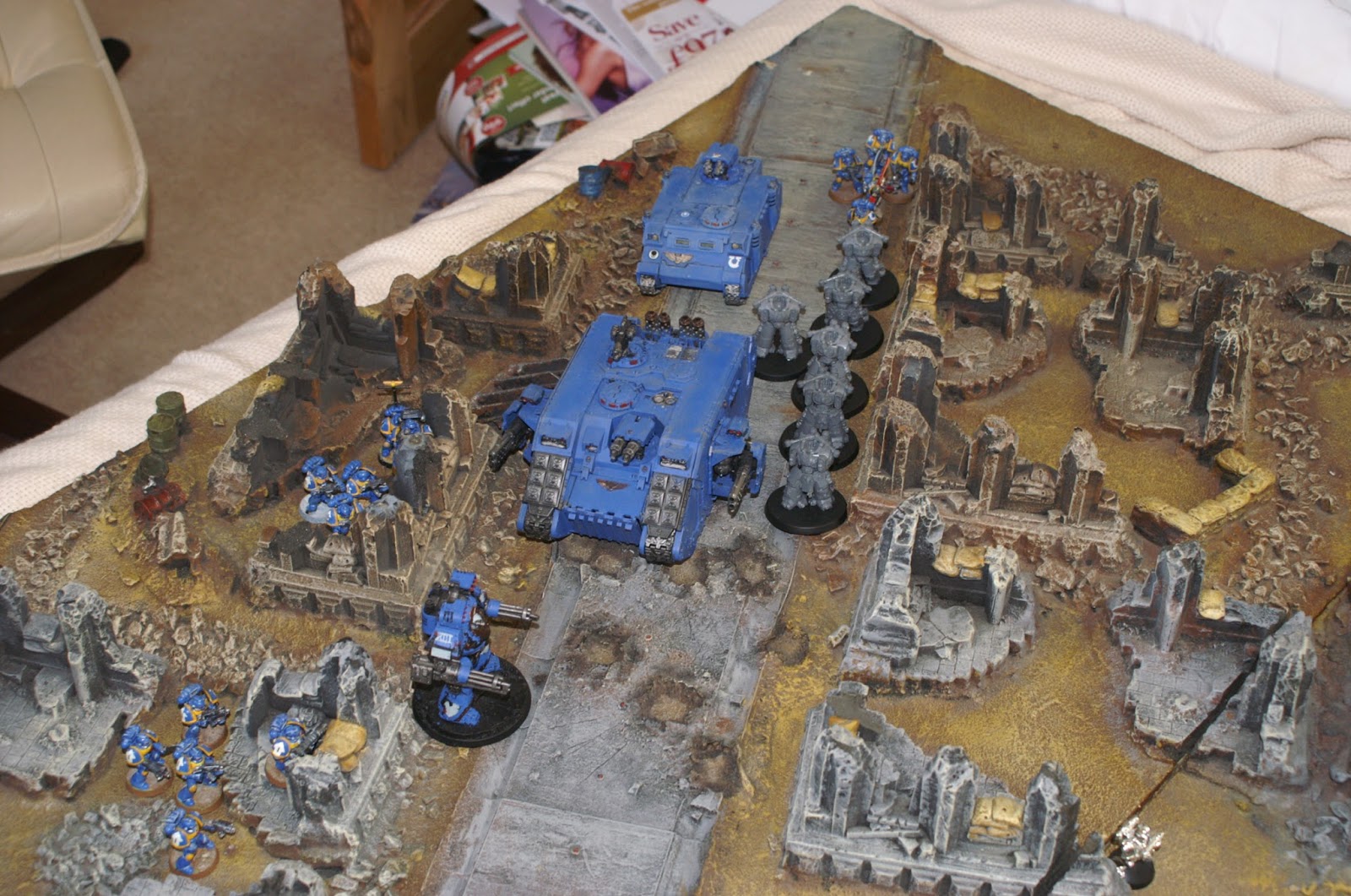 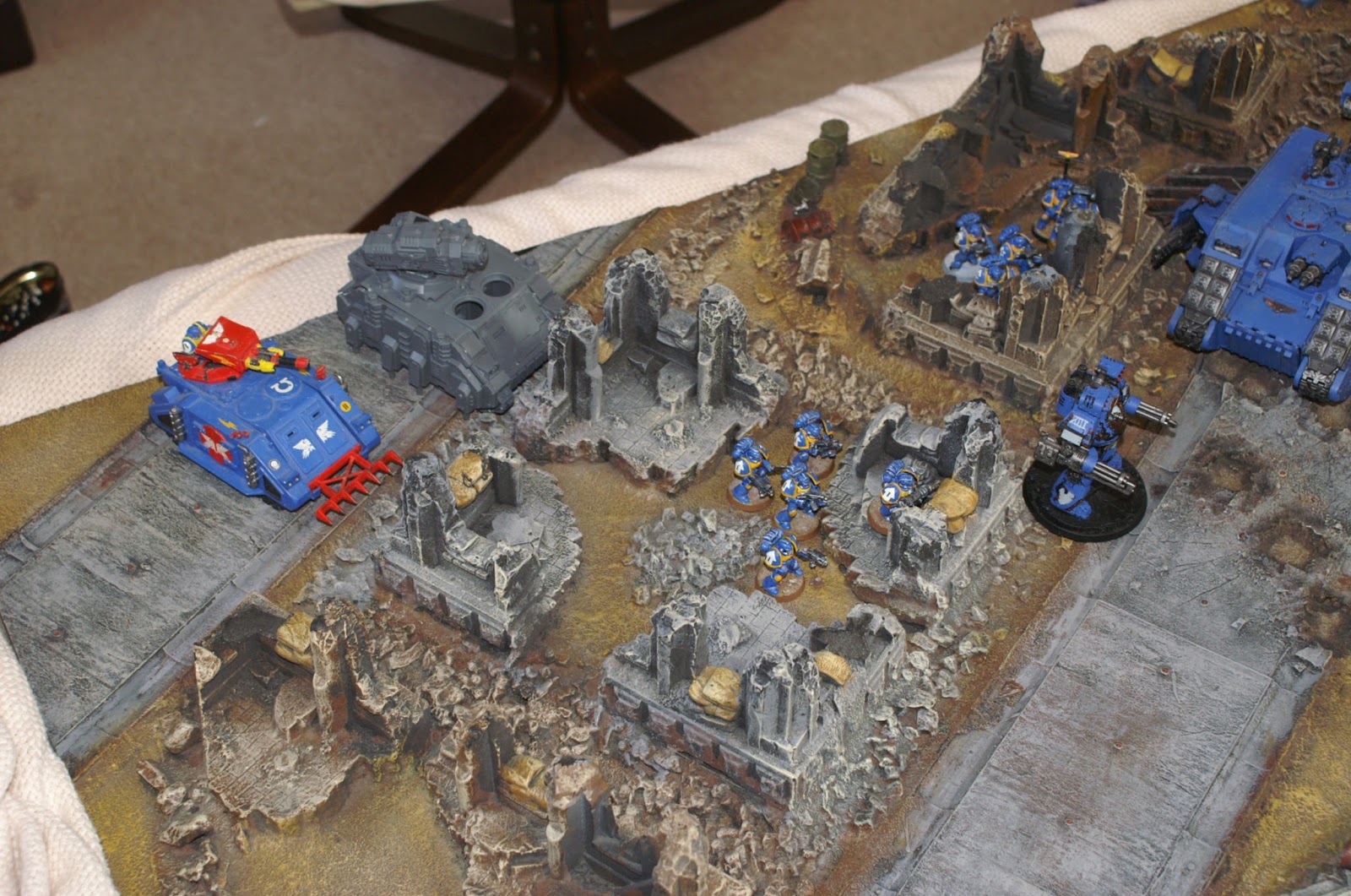 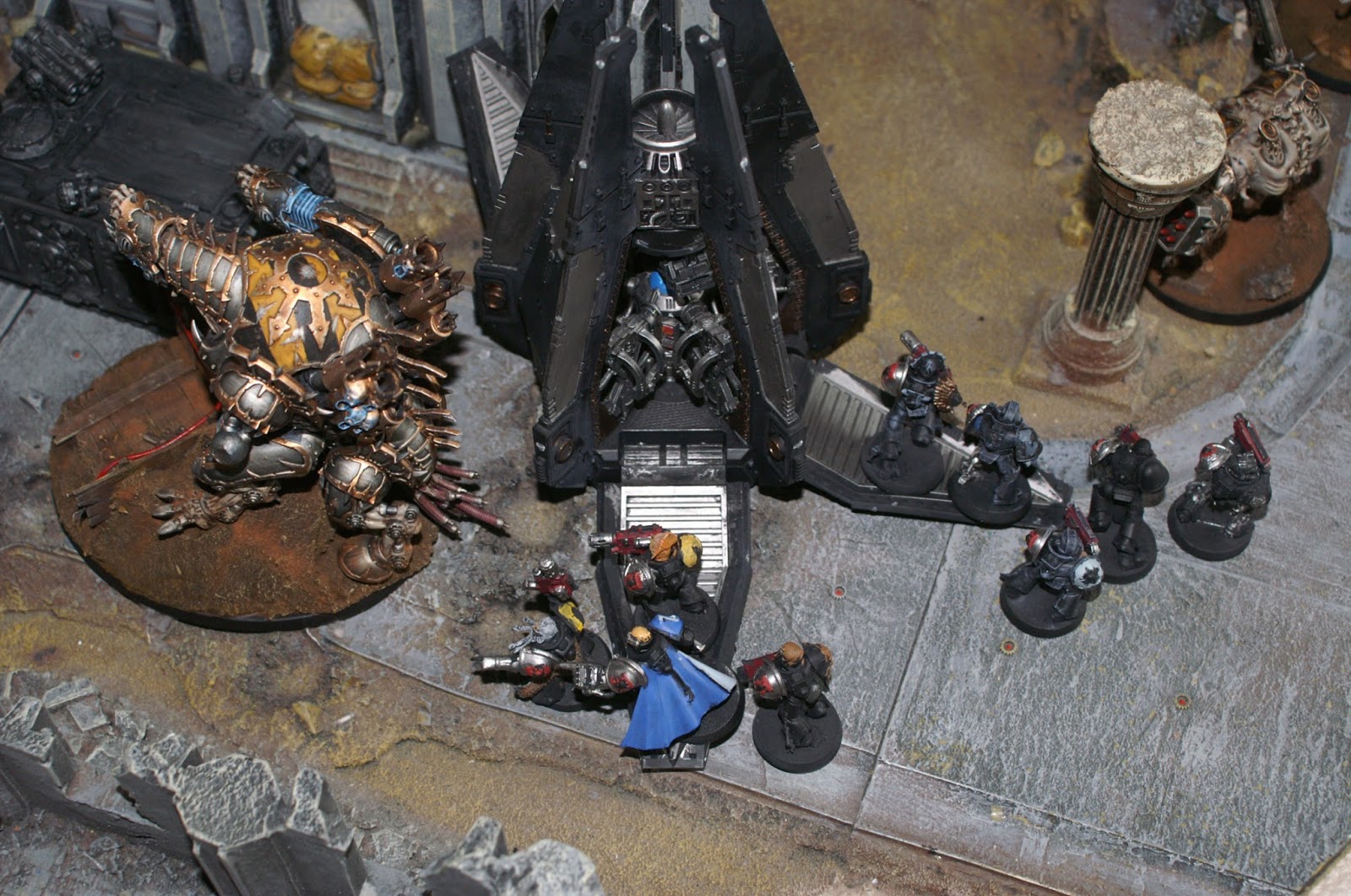 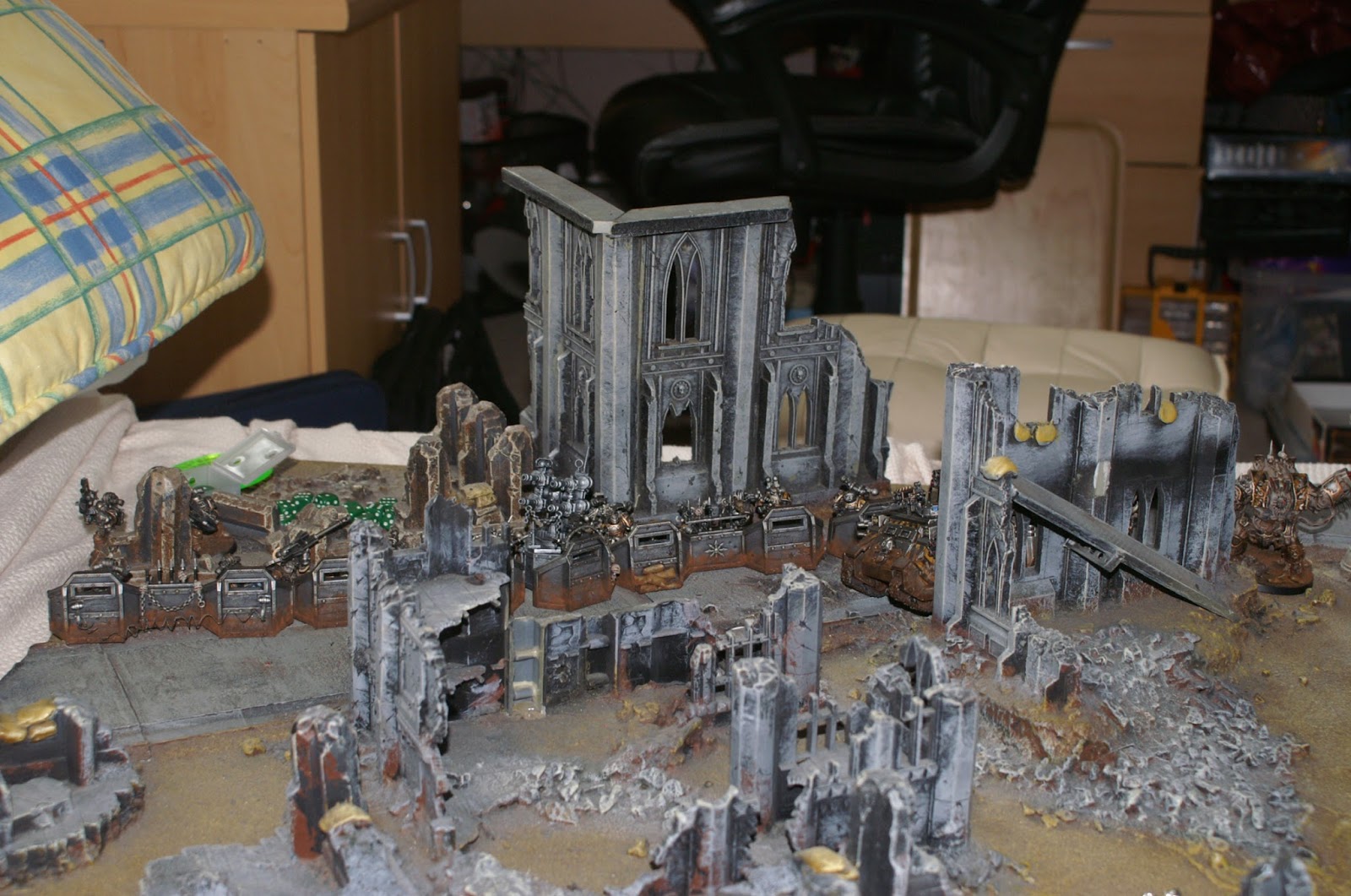 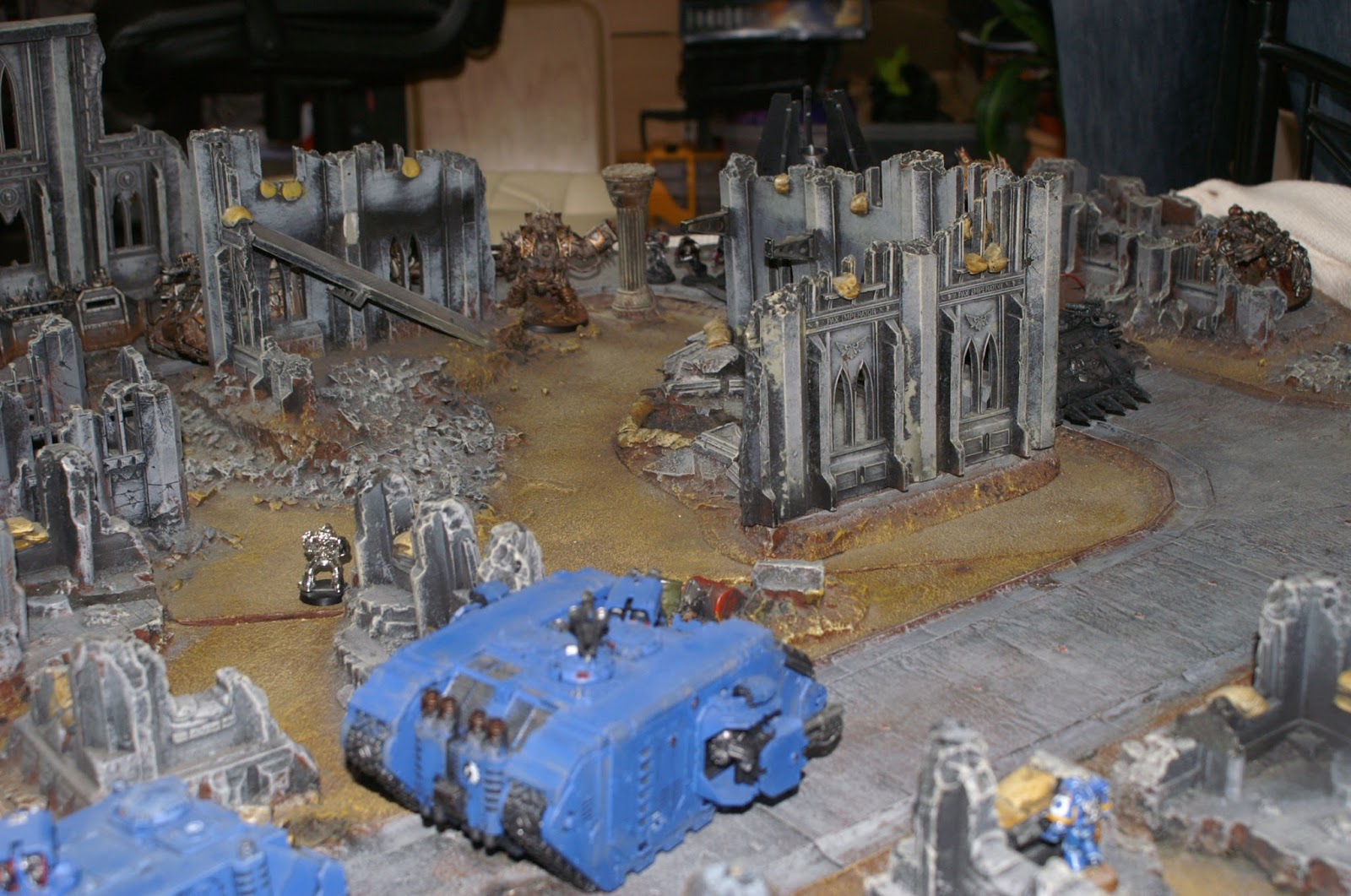 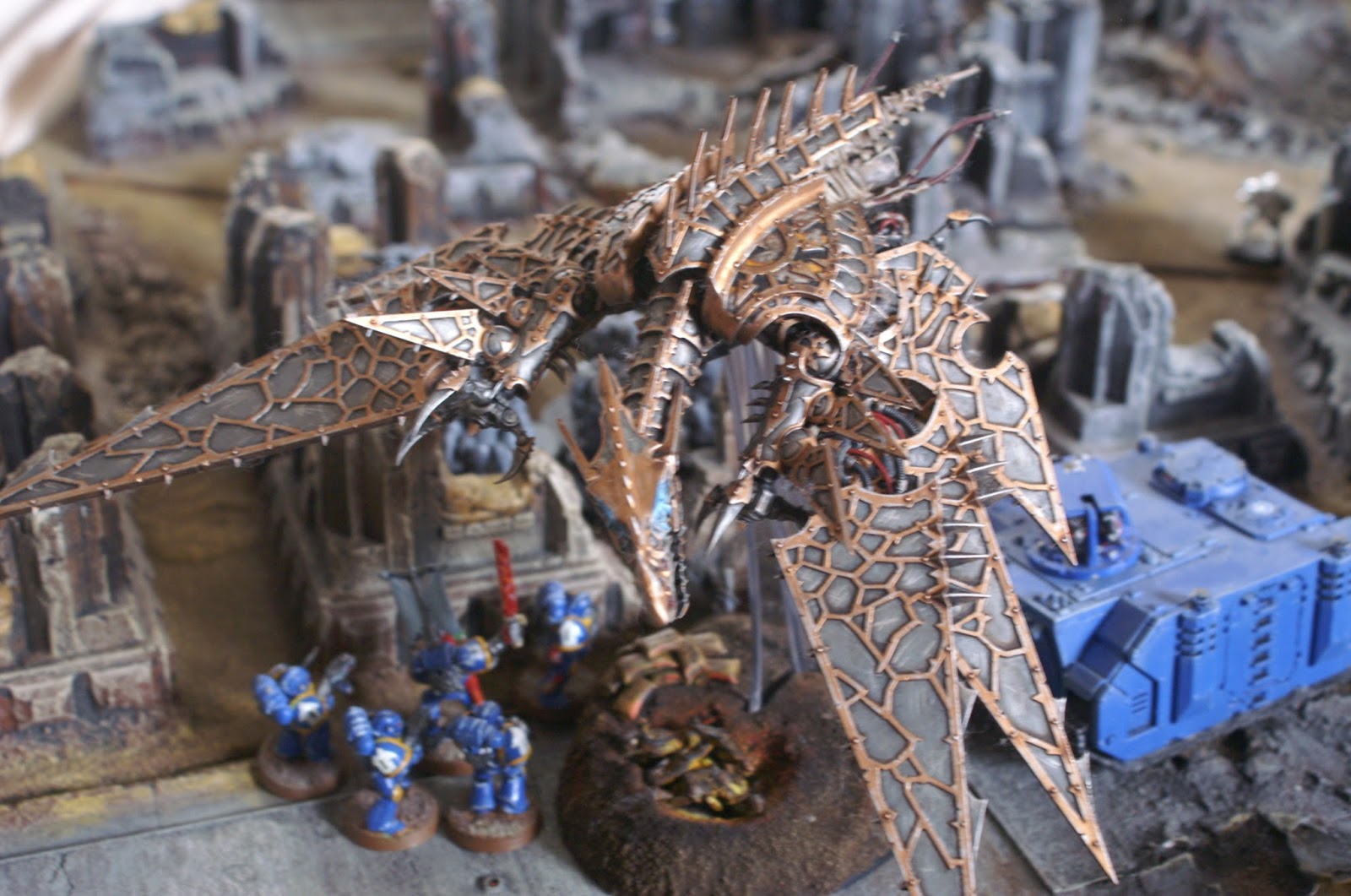 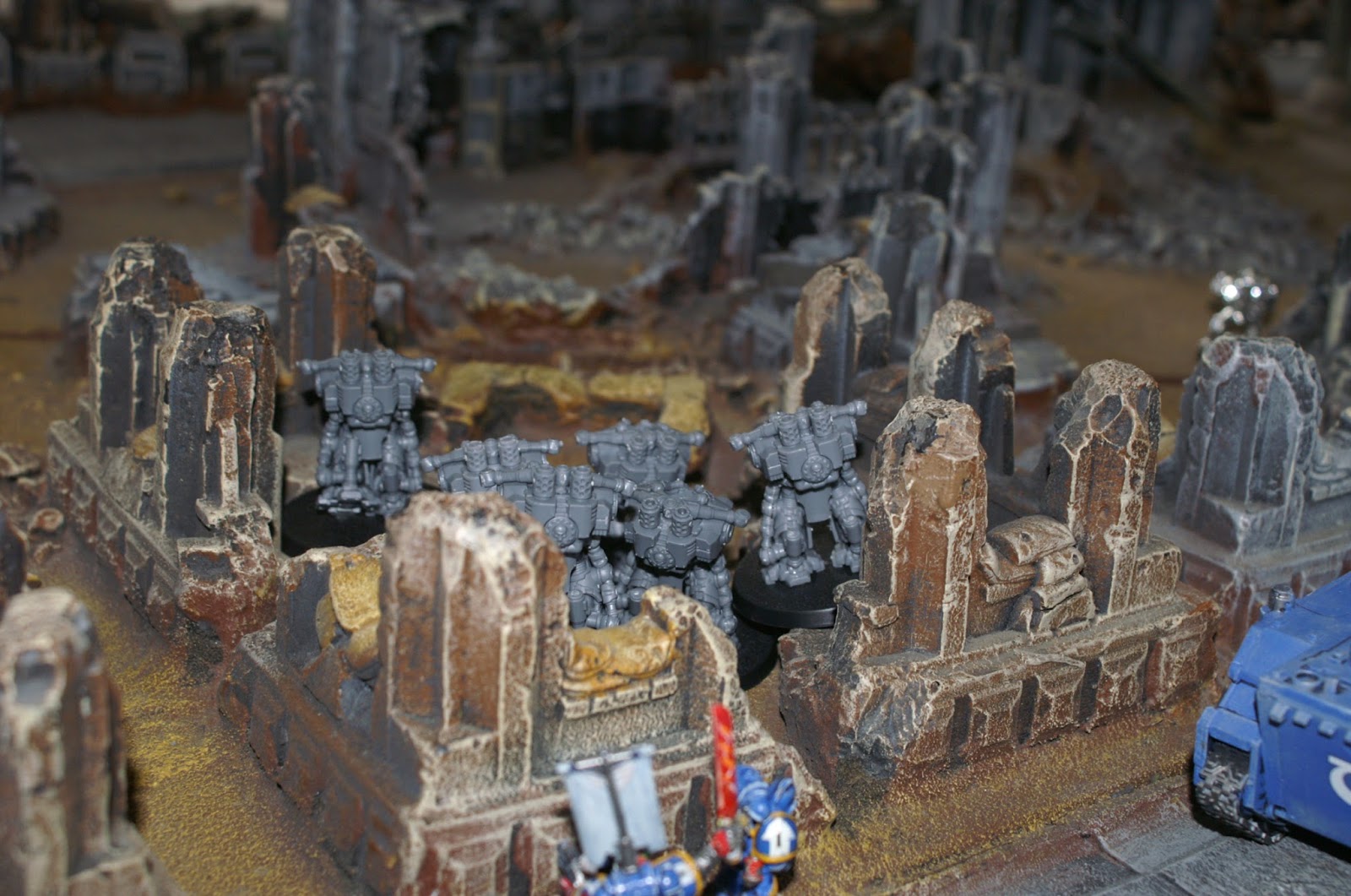 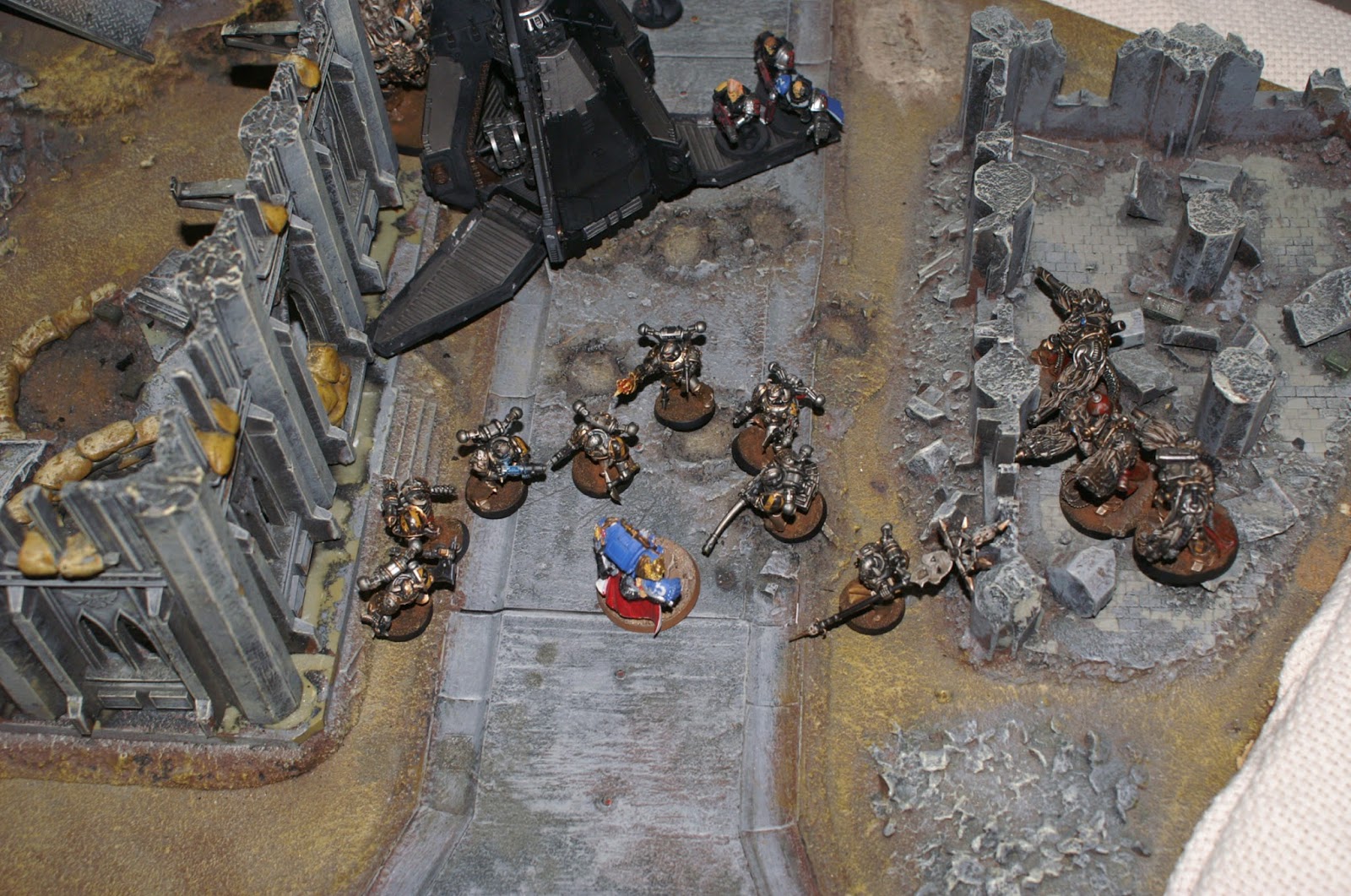 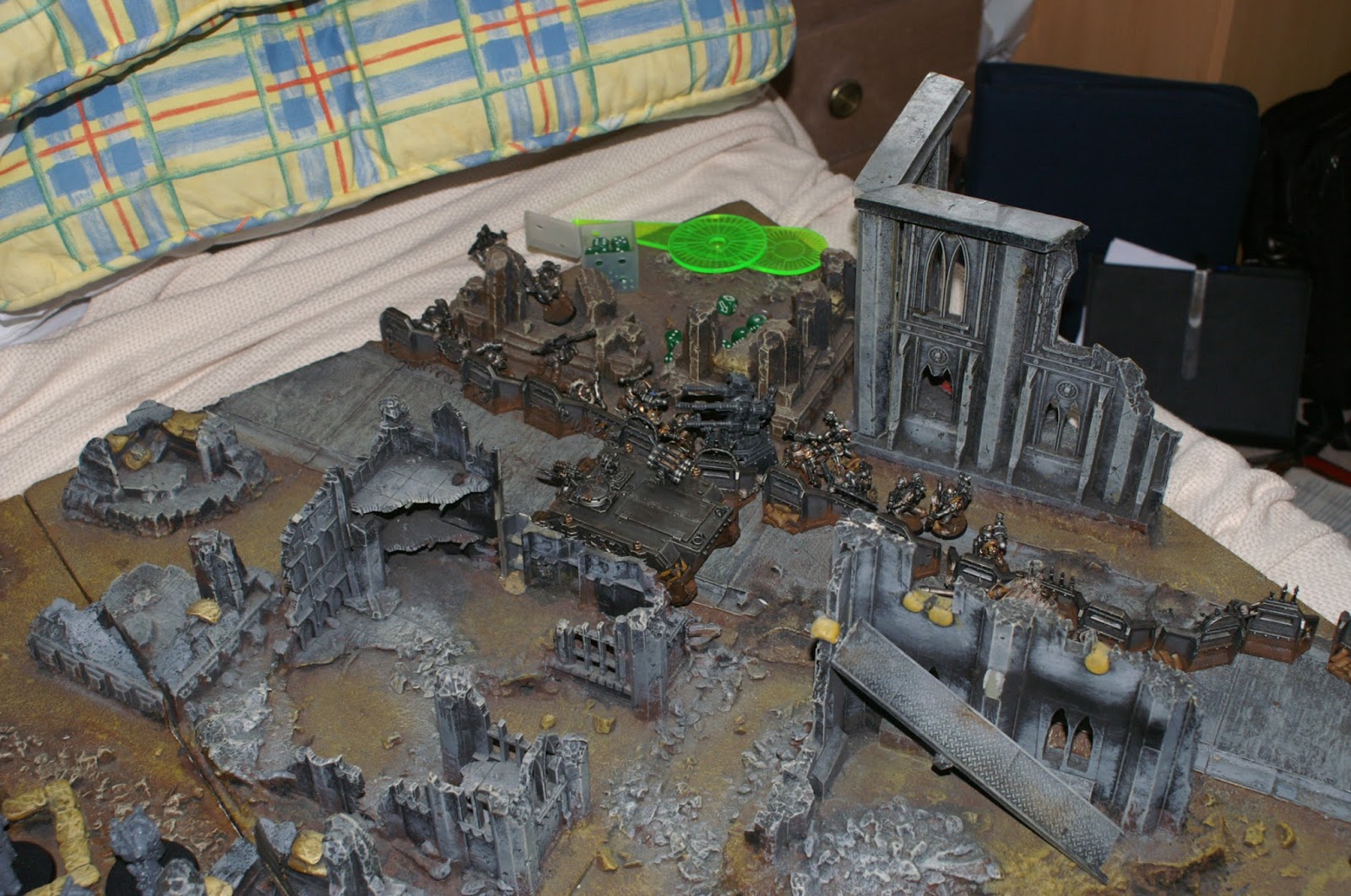 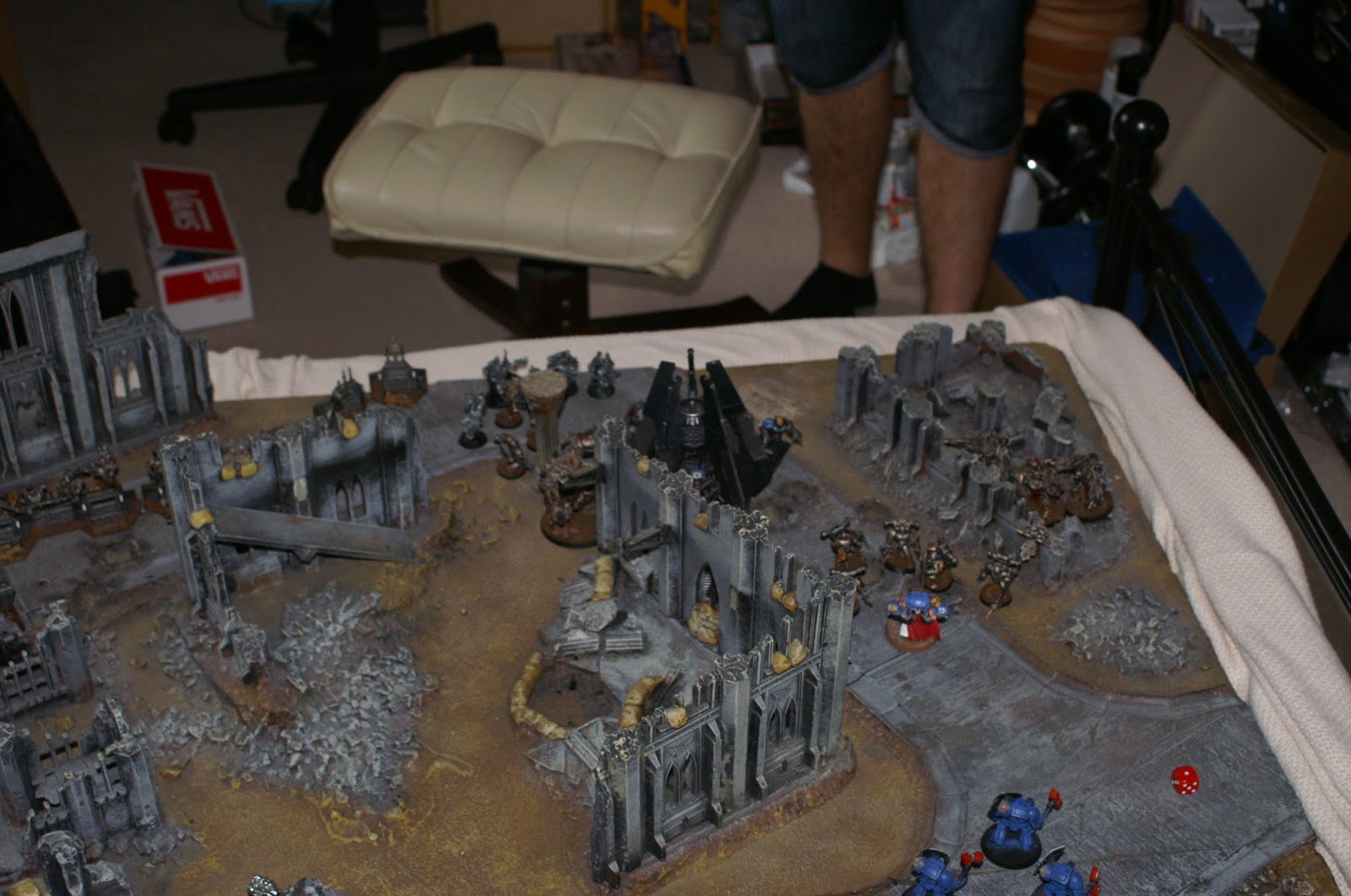 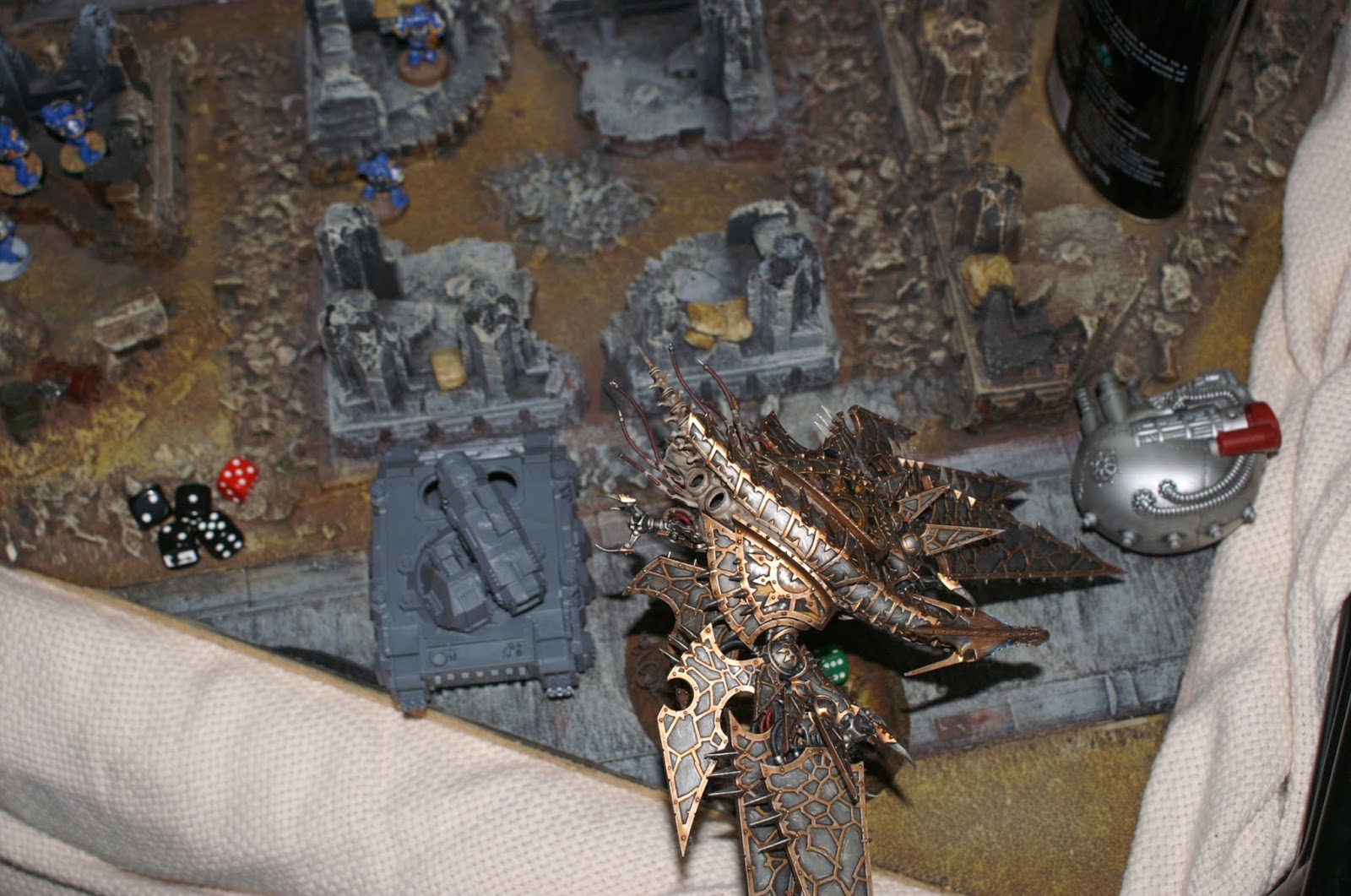 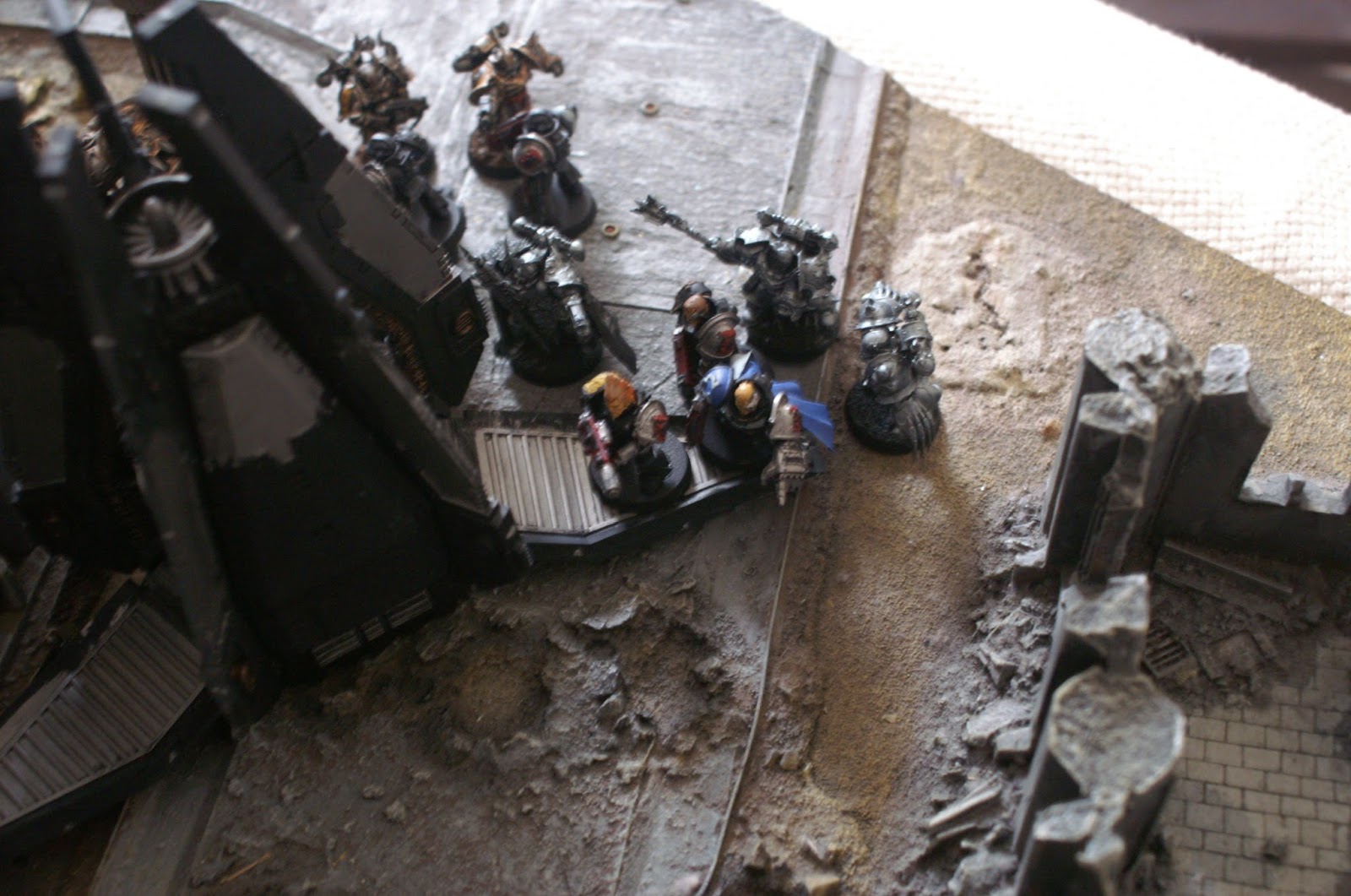 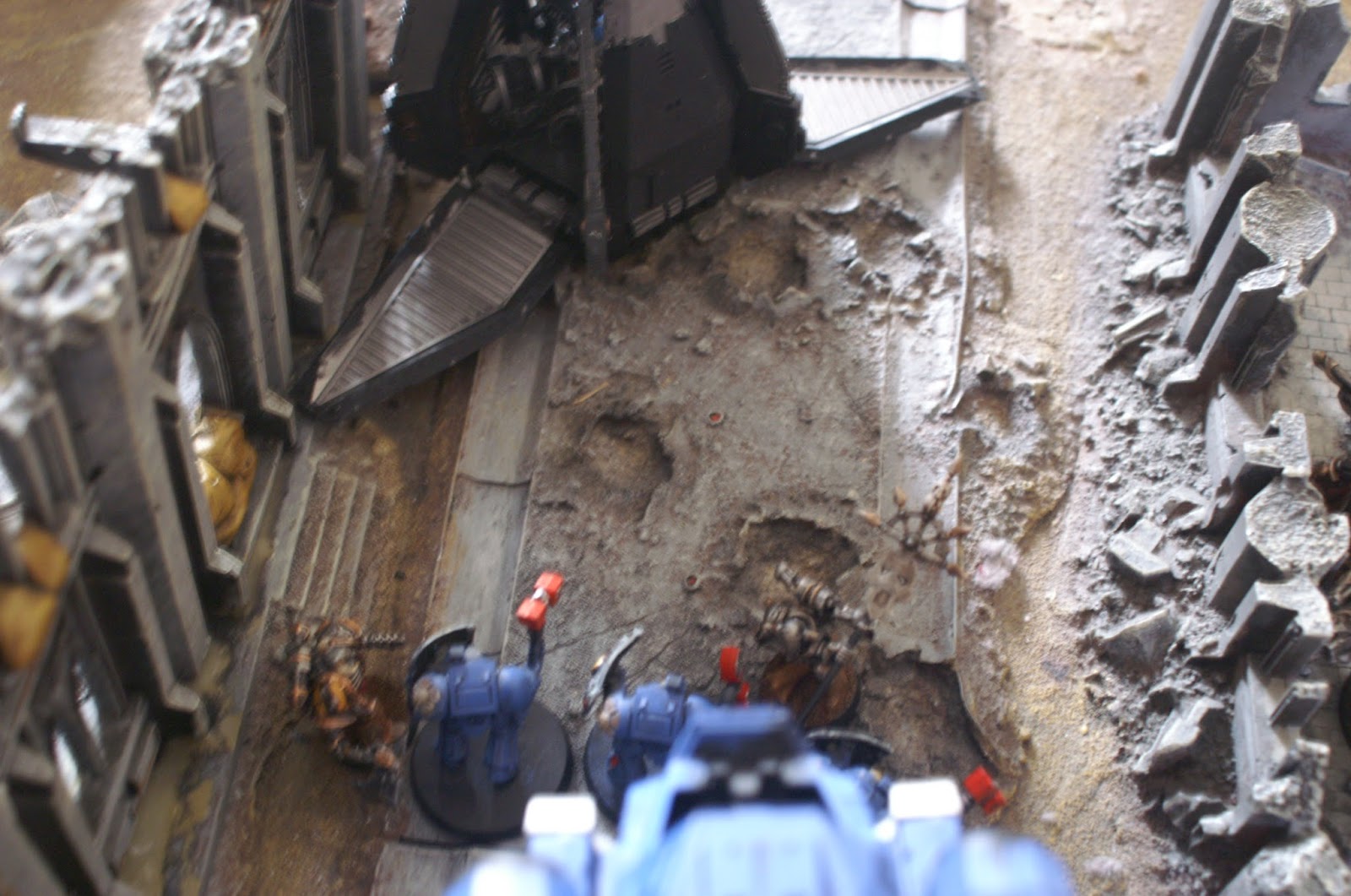 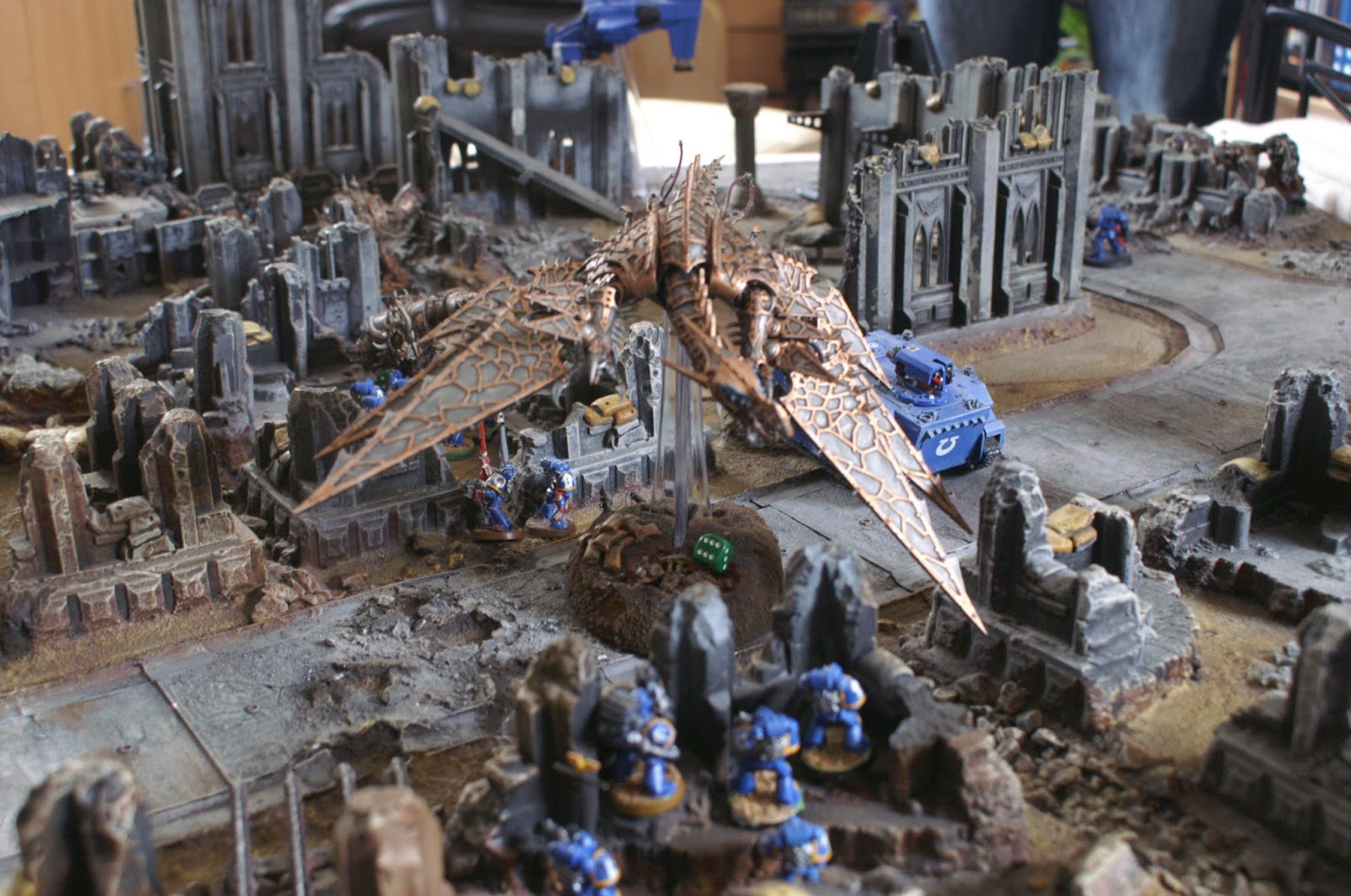 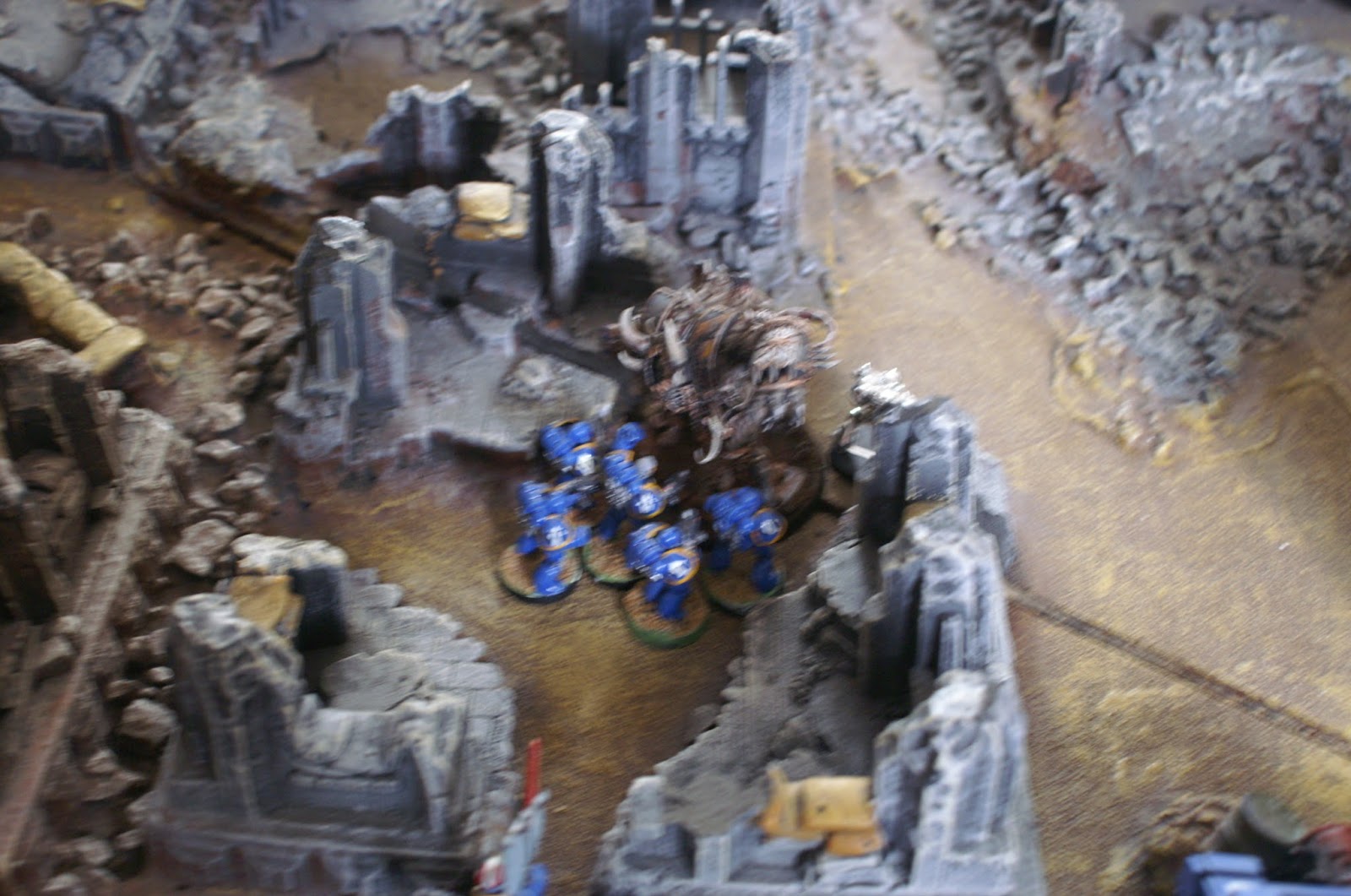 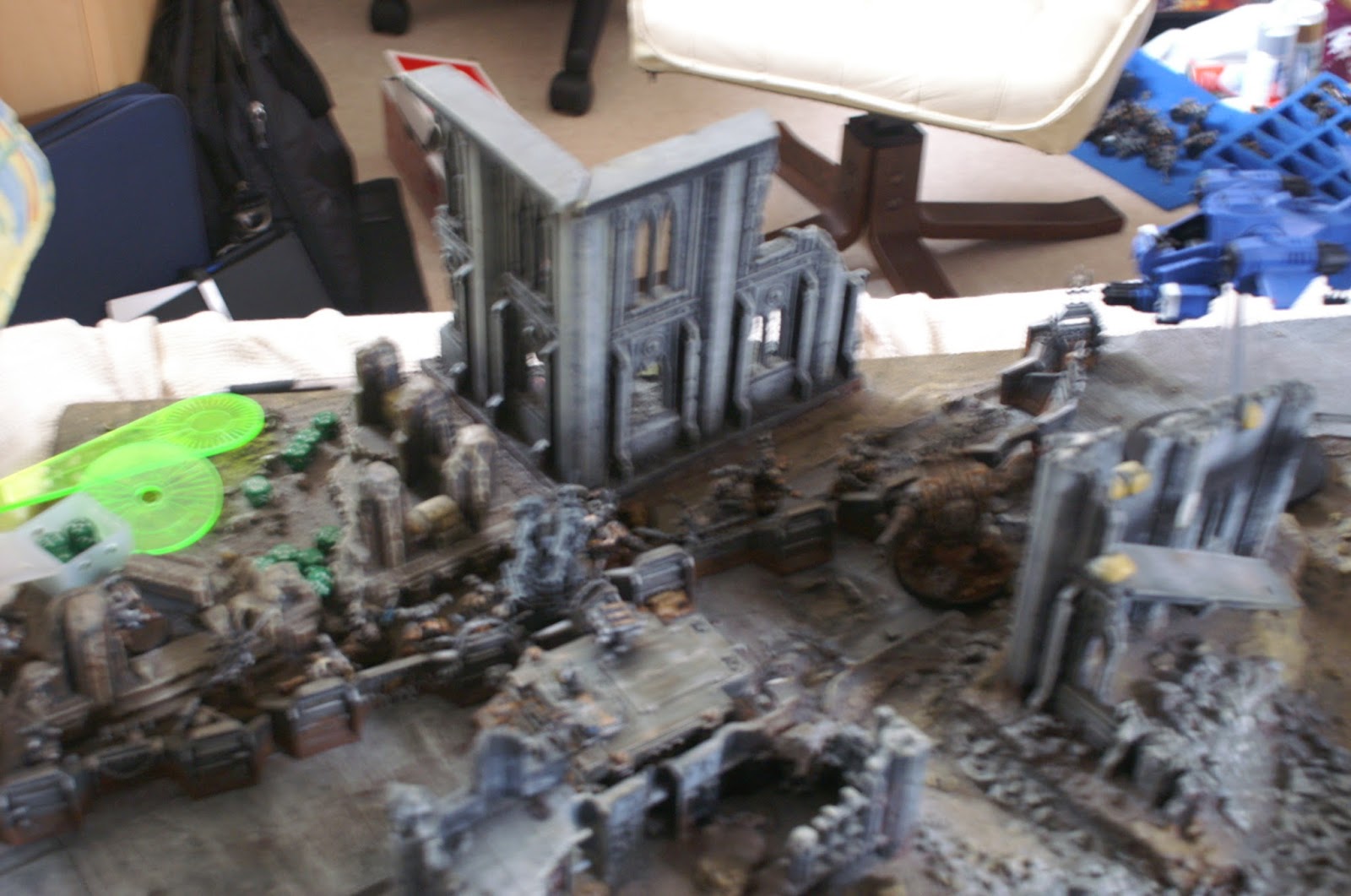 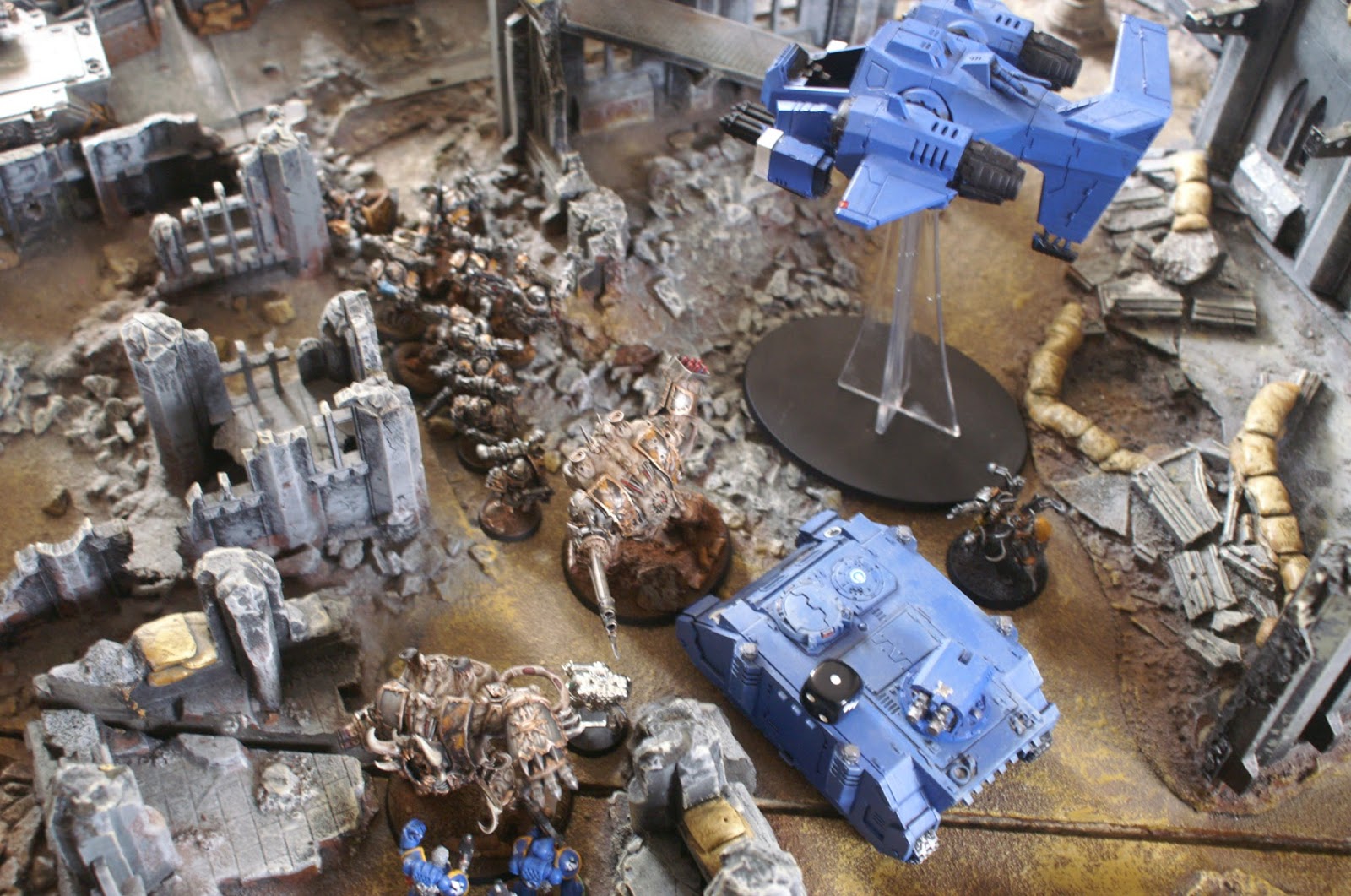 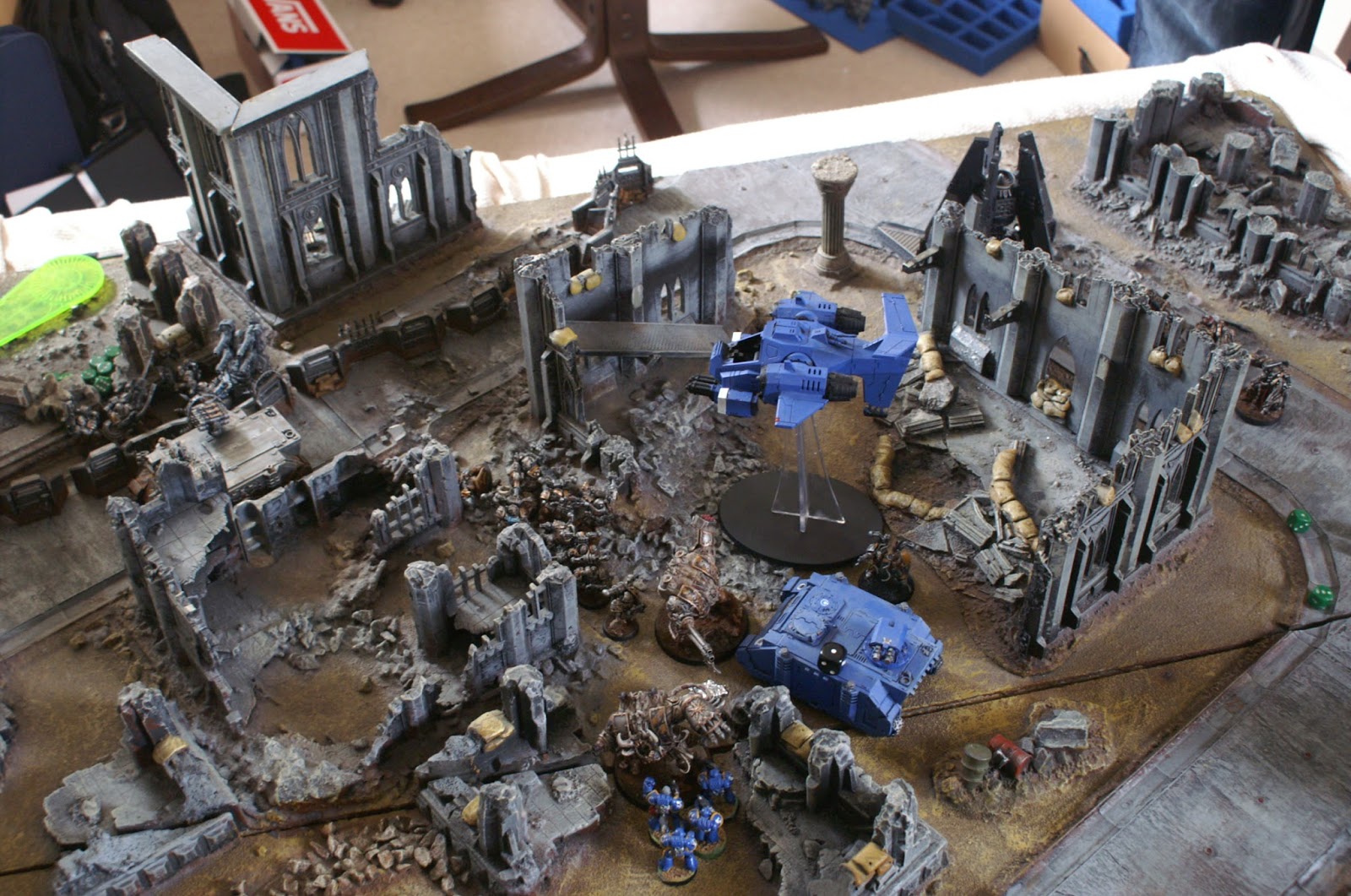 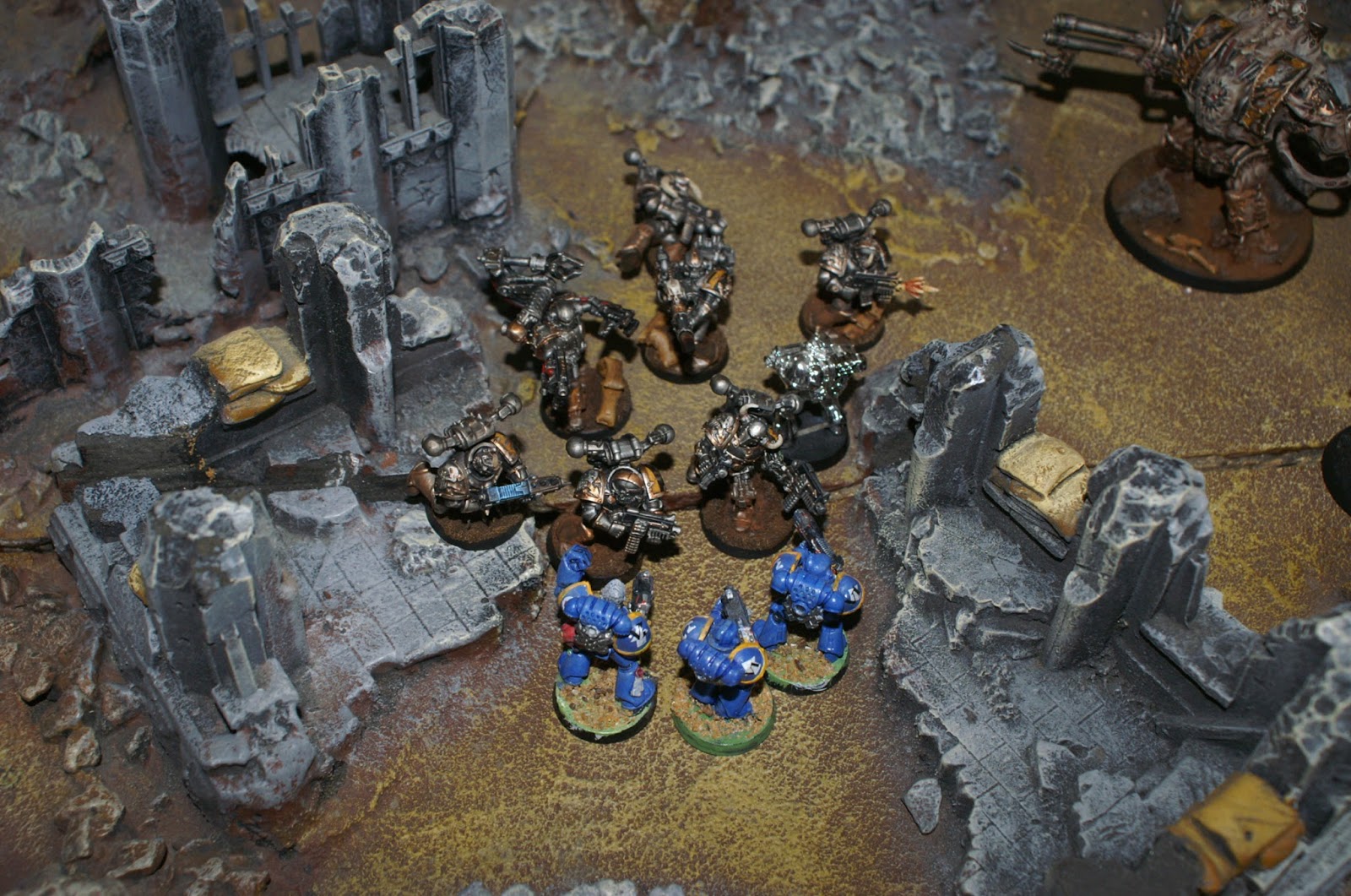 the game ends- as the dust settles, we calculate the kill points,
Iron Warriors 12 - Ultramarines 10-  a narrow win to the6thdegree!!!
we had rolled for a 7th turn, and we should of played on- however time was against us- I think if we had continued the Iron Warriors would of destroyed my force, leaving only the hunter left.
My unit of the game has to be the centurions- I couldn't believe how easily they disseminated Abbadon and his terminator body guards- 6 of them is overkill, and is very high priced.

A few moments of magic- firstly the CSM winning his challenge, only to be turned onto a spawn of chaos.. secondly seeing both Abbadon and Calgar getting blown to pieces- showing that it doesn't matter if you are an eternal warrior- weight of fire will bring them down..
Posted by Lord TITANium Halfpenny