Its been a while since I’ve posted anything on here – mainly down to how busy I’ve been over the xmas period and getting burned out painting a ton of ‘Nids for Blog Wars 2 back in December.

Since then I have started playing Warmachine (and also picked up Dreadfleet – but more on that at some other time) and me and GreyLamb from Sheep of War picked up the two player battle box – with him taking the high-and-mighty (read ‘douchebags’) Protectorate of Menoth and me taking the glorious forces of Khador.

I’m really liking Warmachine (not that I am thinking of dropping 40K) and my initial thoughts are:

The models are also really nice and I’ve really enjoyed painting them…so first up is a unit of Man O War Shocktroopers. 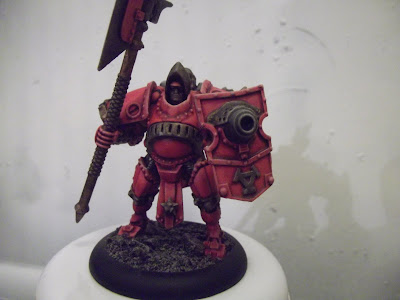 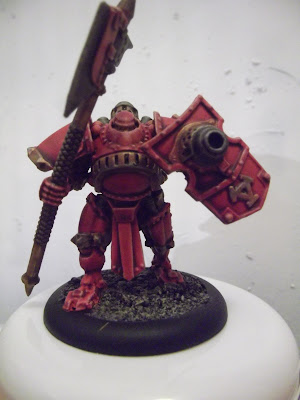 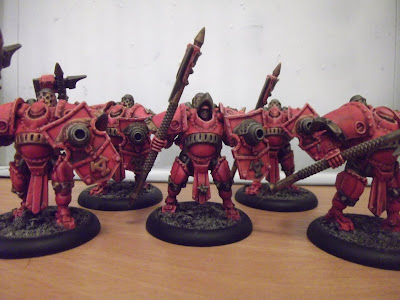 I am trying to give the army a bit of a cartoony feel although I was tempted to paint in a little battle damage or weather them slightly, but ultimately I get the feeling that the Khador government would prioritise military equipment maintenance over silly things like public welfare...

I'm not decided on the bases yet either; they look nice but a bit dull - I have some decent snow flock I think I will try adding to a test base.

Thoughts/comments/criticism are welcome as always.