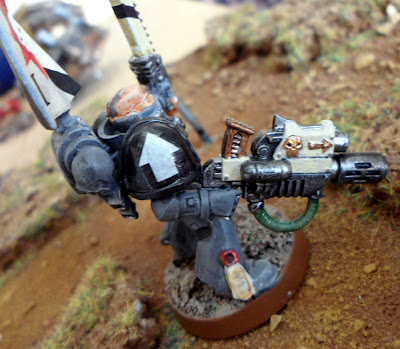 I was checking out the competition for the UK BlogWars 2011, when I noticed in the back catalogue of Andy-bG's Iron Wolves Blog a simple and effective Combi-Melta Conversion tutorial found here. 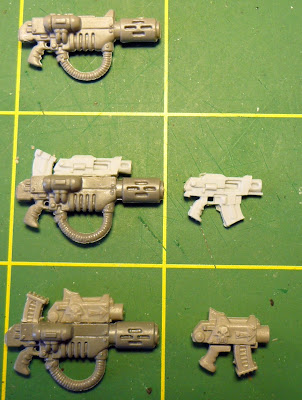 I was having trouble bidding on e-bay for some Combi-Melta's for my Sergeants, lord knows why someone would pay over £3+pp for just one, however, I needed some to arm up some of my Sternguard and Scout Sergeant and Tactical Sergeants to give Pornstarjedi's Landraider Spam list, which rolled me over a few weeks back, a little more to think about - until I paint up my Devastator's I need a little more mobile anti AV14 tank firepower! 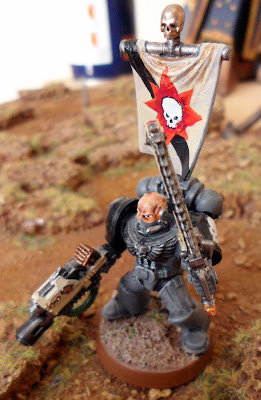 I have used the spare bolt pistols that came in the ForgeWorld Space Marine Character Upgrade pack (the one with the Bionic goodies) and some Chaos Bolt Pistols, 'cos the Relictors like that spikey stuff (and as Andy bG says, the common bolt pistol is too small). Just follow the link to the tutorial, a simple shaving off detail and cuts and done.

This should save me a few quid and give me some mobile anti-armour in my Troops sections. Cheers Andy-bG!