Two completed characters for my offerings this week, both for my Deathwatch force.

First up, the Iron Father model - or first born techmarine as he will be in game, (I might change him for a captain in the future... if needed..) 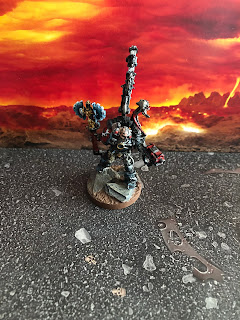 The model has been painted akin to the other Deathwatch force. I opted for black armour, than the red normally associated with Techmarines. I think this is right for a Deathwatch marine. 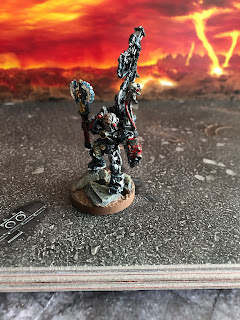 The Judiciar next, this has had a couple of changed made - I wanted to change the weapon to that of one of the Necron models in the Indomius set - I opted for one of the bigger swords (Hyperphase Reap Blade - Siph) in the set, which looks perfect for the background of the character. a 3D printed pauldron was added to the right shoulder, and a DW one for the left. 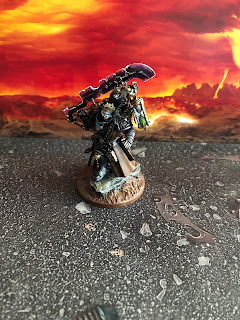 I also changed the left arm, using a spare bit which changes the look, and captured the feel I wanted. as if waiting to spin the weapon around, and use 2 handed. An old servo skull was added to the left shoulder holding the Indominus icon - whcih links the two models together, and the timer below it - I had to add this in some way to the model, and really like the way it sits on the model. The Servo skull looks like it is just floating over the shoulder, which is the look I wanted. 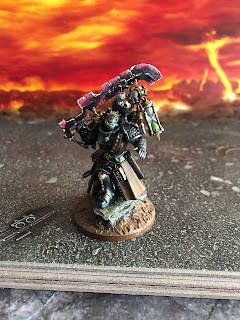 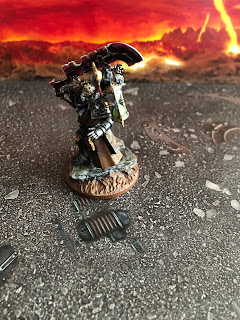 The Power sword has had several different washes and layers of purples to pink, to white to get the look I wanted. and am pretty happy with the result! 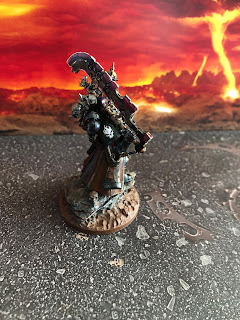 Thanks for looking! DH (20pts)