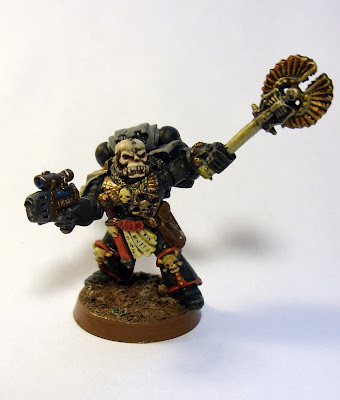 Never fear, although I've received very large reinforcements in the shape of Canis Bellum, my Relictors are never far away, albeit seeming a lot smaller now.

This is my second Relictors Chaplain, the first was an Assault Chaplain, here. This one I envisage dropping in with a squad in a Drop Pod or such like. Nice sting in the tail with Digital Weapons for a re-roll to wound in CC and Liturgies of Battle for him and the squad a re-roll to hit in the turn they assault. 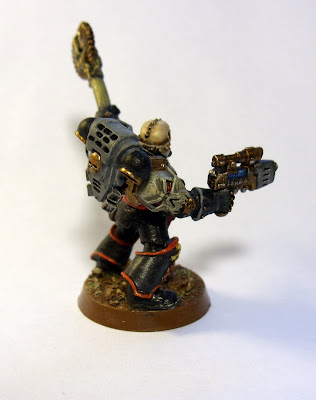 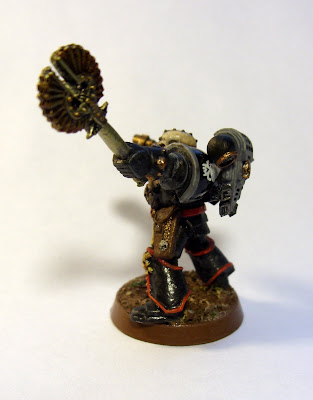 I used a Chaos SM arm for the plasma pistol and used the pistol from the SM Commander boxset. The skull Shoulder Pad came from the Chaos Marauders Boxset I believe. The standard backpack has black thermal vents with suitably ornate gold rims.
Posted by Siph_Horridus