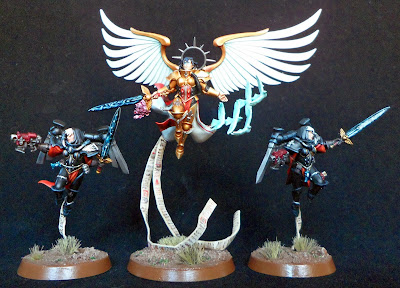 Hello All, thanks for having a look-see. I am posting my latest purchase, not my own work but beautiful so I wanted to share. I bought these via eBay, a commission piece by an artist and seller "paintingcoach", a fair price, not the cheapest but certainly I believe when it comes to commissioning, you do get what you paid for (except if using Blogger Buddies rates - insanely cheap Nick Thrower and Rob Hill buddies!), not the most expensive either and I think he did a great job! 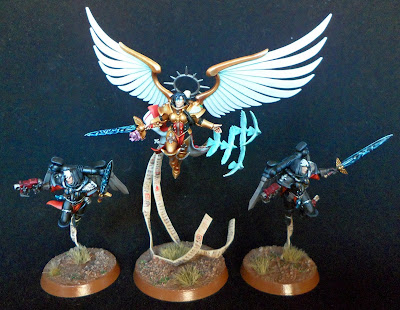 I chose what scheme I wanted them in, gave a few Internet examples and Lloyd 'paintingcoach' did a great job matching my requirements, good communications throughout, a little quiet at first I admit - but he was doing another commission which he told me about any delays, but once started on mine I received regular updates and sample photos. Trustworthy, well packaged and a decent commission all round. WeeMen recommend. 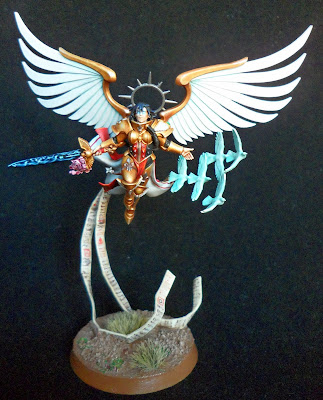 I chose golden classic armour for Saint Celestine and heavenly white wings, a nice glow from her pupil-less eyes and ethereal doves. 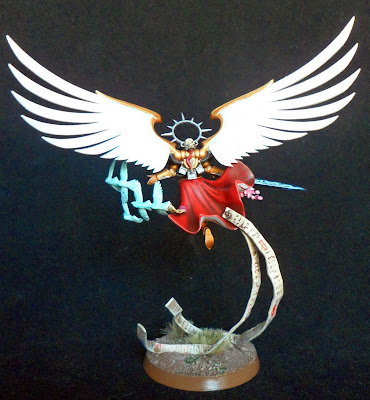 The rich red of the cloaks contrasts well and ties in all three. I chose Mephiston Red as its a really nice red. 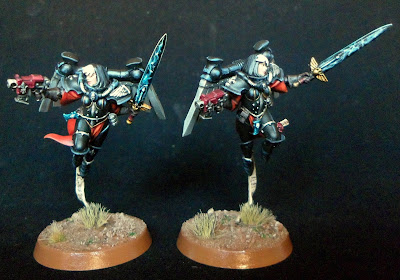 I chose black armour for the Geminae to tie in with my Alternative Sisters of Battle fledgling force, quietly growing in the to-do pile... I'll post progress when I get some done. The black allows St Celestine to pop even more, and whilst the Geminae wear black to tie in with the force, they also stand apart with the move curved power armour and gold bling than my puritan Sisters. 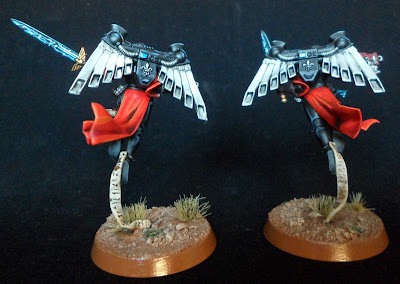 A great commission, one more thing from the Triumvirate off my to-do pile mountain so I'm happy. So little time and so much to do... if that's a familiar thought and you have the funds, hit 'paintingcoach' up via eBay and get a commission you can trust (I'm not sponsored by him in anyway, just my opinion and experience).