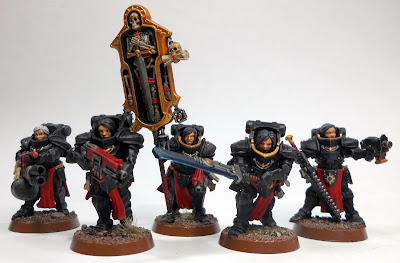 Welcome All, thanks for checking these out. So, after a year and a half and the GW Plastic Sisters just around the corner, I thought it was about time I cranked out some of these Alternative Sisters.  I bought two GW Immolators, Canoness Veridyan and a bunch of Dreamforge Games Eisenkern Valkir Heavy Troopers and some Statuesque Miniatures Heroic Scale Female Heads. These were made with GW bases and weapons mostly, but based on the DreamForge Games Troopers for the bodies and Statuesque Miniatures Heroic Scale Female Heads - mainly 'Angry Bobs'... 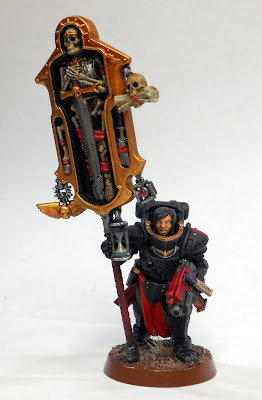 This I made into an Imagifier, now a seperate choice from a Battle Sister equipt with a Simulcrum Imperialis, for the want of a better phrase, a SoB Standard Bearer or Ancient. The Simulcrum Imperialis was made from the AoS Lord Relictor model with a few additions of an Aquila and Crux Terminus. The Bolter is from the set in Betrayal at Calth, they suit my image of puritan sisters well. 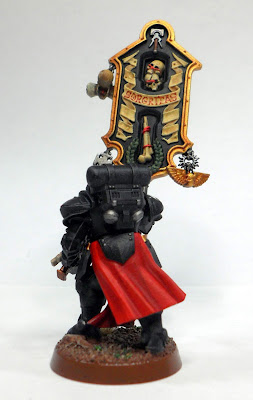 And from the rear, I really enjoyed the Simulcrum Imperialis, it took a lot longer than the Battle Sister herself. And please don't look at the faces too much - but they get the job done :) I did send off the faces to a Commission Painter in Russia, but after a lot of 'lack of communication' and lack of progress, I asked for a return and refund.. it came through eventually so no harm done. 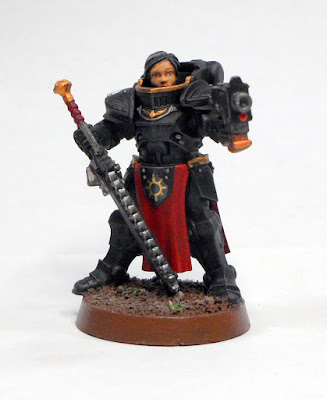 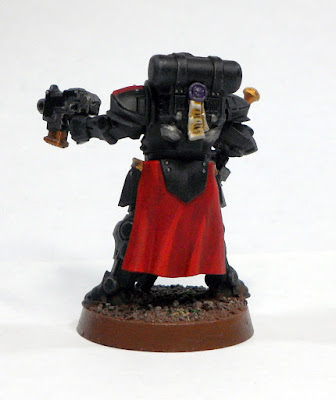 This is the test scheme Sister Superior I did back in Feb 2017, and was quite a hit with t'Internet... still one of the top five posts here, seen in the sidebar >>>> 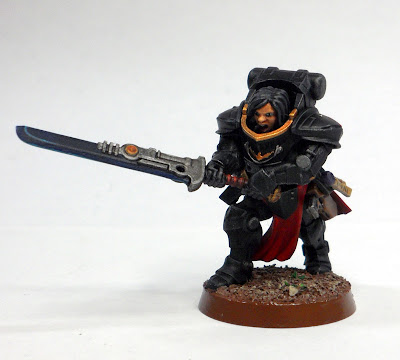 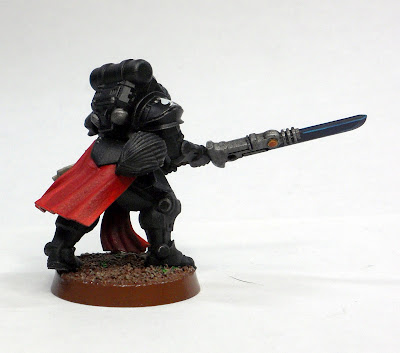 The second Sister Superior will lead my second squad, these will have Flamers and Heavy Flamer, so I armed her with a Power Sword, the helmet on the waist belt is one of three styles you get with the Valkir Heavy Troops, its 'vampire-ish' so suits the balck and red and gold armour. She loks quite angry - one of the Statuesque 'Angry Bobs' heads! 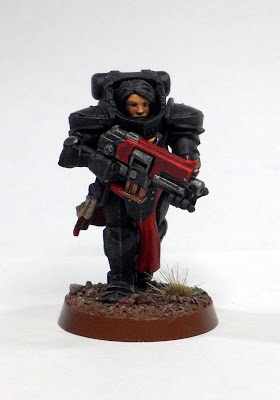 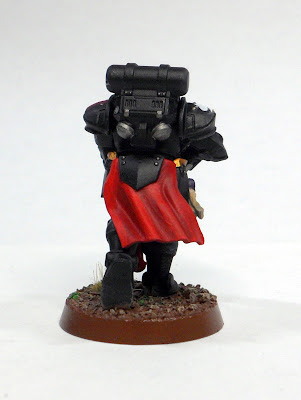 This is my test scheme for my line Battle Sisters, a solid choice, Bolter suits and I might just add some grenades, but otherwise I am very pleased with the look - not for everyone, certainly not baroque like GW SoB, but I envisage this Order as a Puritan Order, hence the toned down plain armour and no 'boob-plate'. These scratch my itch for some "nuns with guns"... for now... 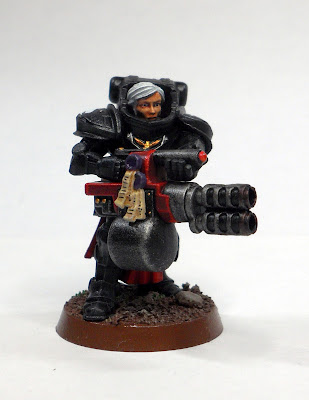 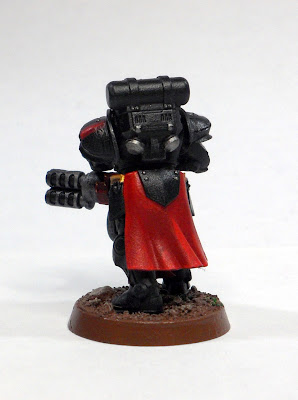 I plan on cranking out the remaining 20 Sisters this side of the SoB plastic release in 2019, and will accompany my Saint Celestine and Geminae posted last week. I have two Immolators to do too, in honour of my friend's dear Mum who sadly passed, I will name them after her - she was a Battle Sister if there ever was one!

Thanks for dropping by. Cheers, Siph. (5 painting points - one already posted complete, Imagifier could be classed as Character, but 2pts will suffice)
Posted by Siph_Horridus