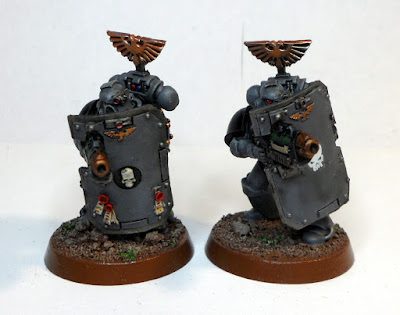 Hello, here is the latest addition to the Relictors Battle Company (plus extensive arsenal... see HERE). I have finally added to the lonely Apothecary from the Command Squad completed back in 2011, with the addition of two Veterans armed with Grav Guns and to keep them around a little longer, proxy Storm Shields - I love the Forge World Breacher Siege Squad miniatures so had to include them somewhere, so what better opportunity than to represent two Veterans with Storm Shields. 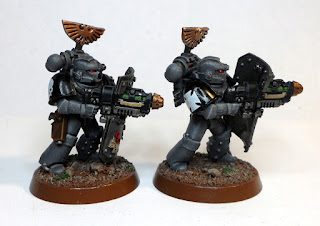 Here you can see the Grav Guns, the same scheme as my 4th Company Tactical Squad, and soon to have 3 Grav Bike Squads too... 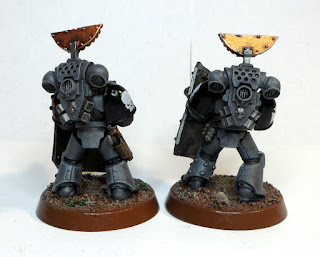 The Power Pack is from two of the Limited Edition Sergeant with Bolter and Power Fist from a few years back, I think it is great at marking out these two as Command Squad Veterans. 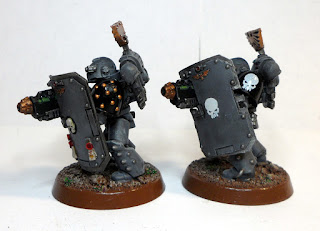 I used a studded Pauldron and the other Pauldrons from the Betrayal at Calth box set, also the legs and torso too. the heads are from the FW Breacher Squad as they have Optics which link to the Optics in the Breacher (Storm) Shield. 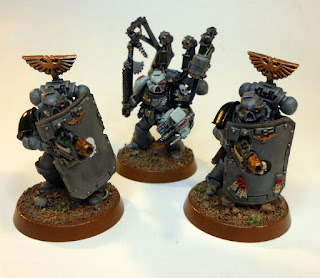 Here is the Command Squad so far, so only two Miniatures until the Battle Company is 'officially' complete, although it never really will be will it ;)

Thanks for dropping by, cheers, Siph.
Posted by Siph_Horridus