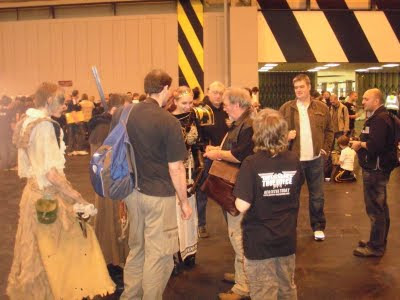 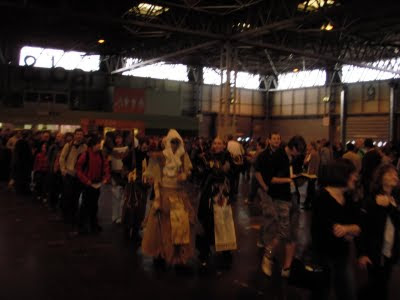 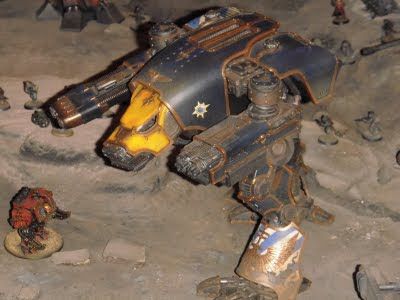 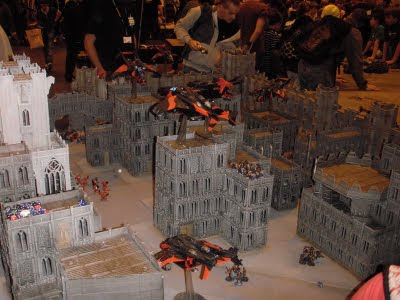 There were several displays of the new Space Wolves, below is the 3-1 size marines. 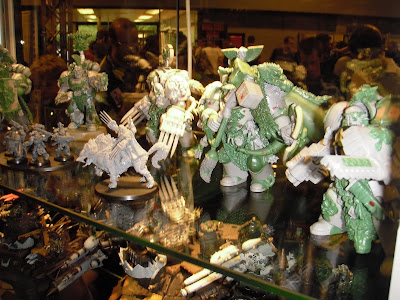 Turn out was as big as last year judging by the queues and crowds around the Forgeworld stall and dining halls! There looked to be fewer gaming tables and dioramas than last year but that may have been because the were more spread out in the bigger halls. 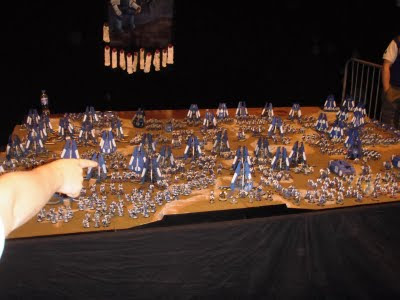 Above is one of my favourite displays, an entire 1st company all with drop pods! -wow! (Jedi)

Forgeworld had several displays, both Imperial and Chaos Reavers were on show. The Chaos monster looks amazing- (Will - if you read this blog AWESOME JOB!!) 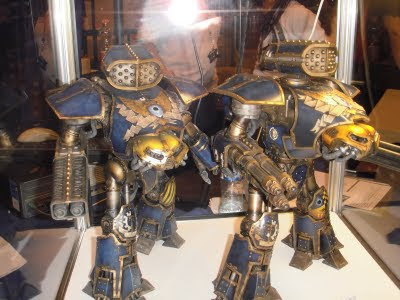 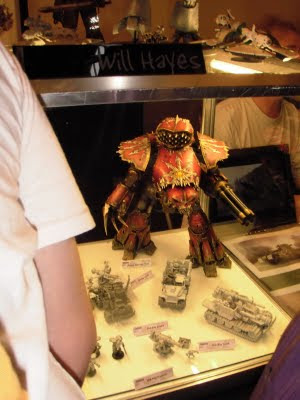 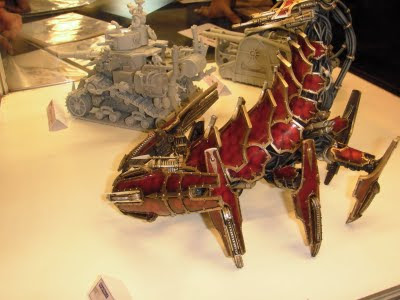 Daren Parwood from FW was at hand to tell us about his WIP potential Space Marine Assault Boat, a kind of smaller Thunderhawk type craft, a "Valkyrie for the Marines", ahead of the future Imperial Armour book featuring the Raven Guard. Will Hayes didn't rule out eventually doing a Warlord Titan, but firstly other races needed their 'Reaver and Warhound' class warmachines - this concurred with our last year's discussion reference the Chaos Reaver - now out. Necron and Dark Eldar players will have to wait for GW to release Codexes before you get new FW toys. 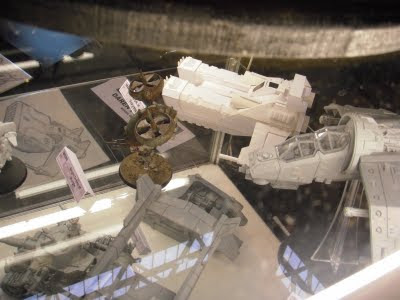 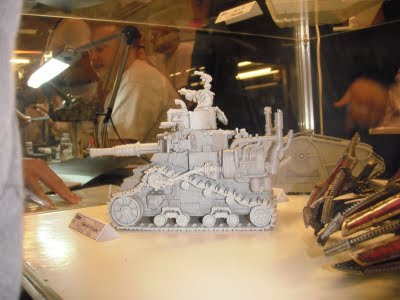 There was a magnificent Space Wolf and Tyranid Diorama, stunning and big! Rumours abound were comfirmed reference the Tyranids new Codex out in January - I wouldn't be suprised if the forthcoming Ultramarine feature was to include them... 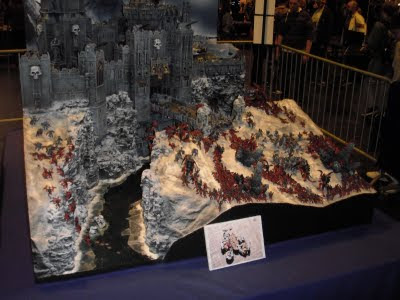 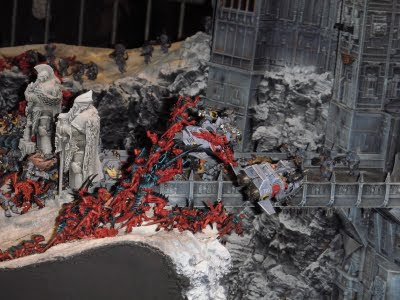 That final bombshell was a flyer given out to the crowds reference the Ultramarines Movie - a supposed 70min CGI film planned for the near future... sign up at http://www.ultramarinesthemovie.com/ for updates. 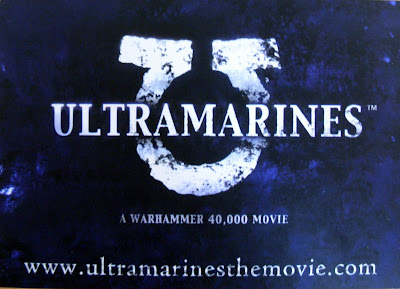 On a positive note, we both remarked that "Recession, what Recession?!" Good news for our hobby - everyone was as usual buying tonnes and sales looked good - ran out of Stormwind Drop Pods and Demolisher Tanks that I planned to buy! But picked up some Space Wolves I'm planning to use some of the bearded heads and few Relictor skull like pieces - the rest I've put on ebay for some Space Puppy fanboy to snap up. We have two Space Hulk sets each now - Pornstar dropped mine off at the weekend and we both spent far too much money again... oh well!
Posted by Siph_Horridus